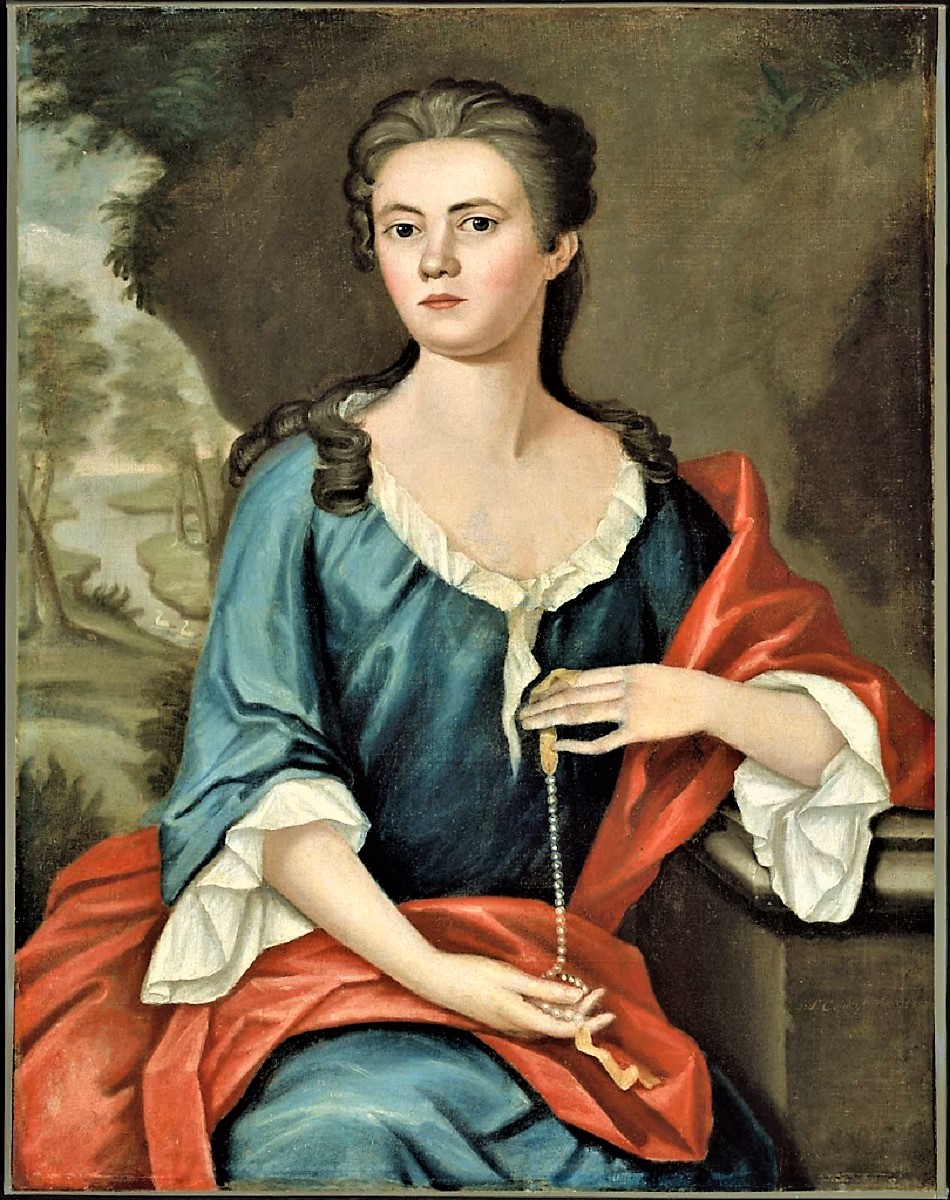 
Copley had extensive access to early 18C prints, & he often incorporated poses & clothing from older images into his portraits of Bostonians (his mother married Peter Pelham, an engraver who specialized in mezzotints after his father died). At the age of 15, for example, Copley painted the portrait of Mrs. Joseph Mann (Bethia Torrey). Her pose—holding a sting of pearls—plus a scoop-neckline dress with white trim—were taken directly from a mezzotint of Princess Anne. 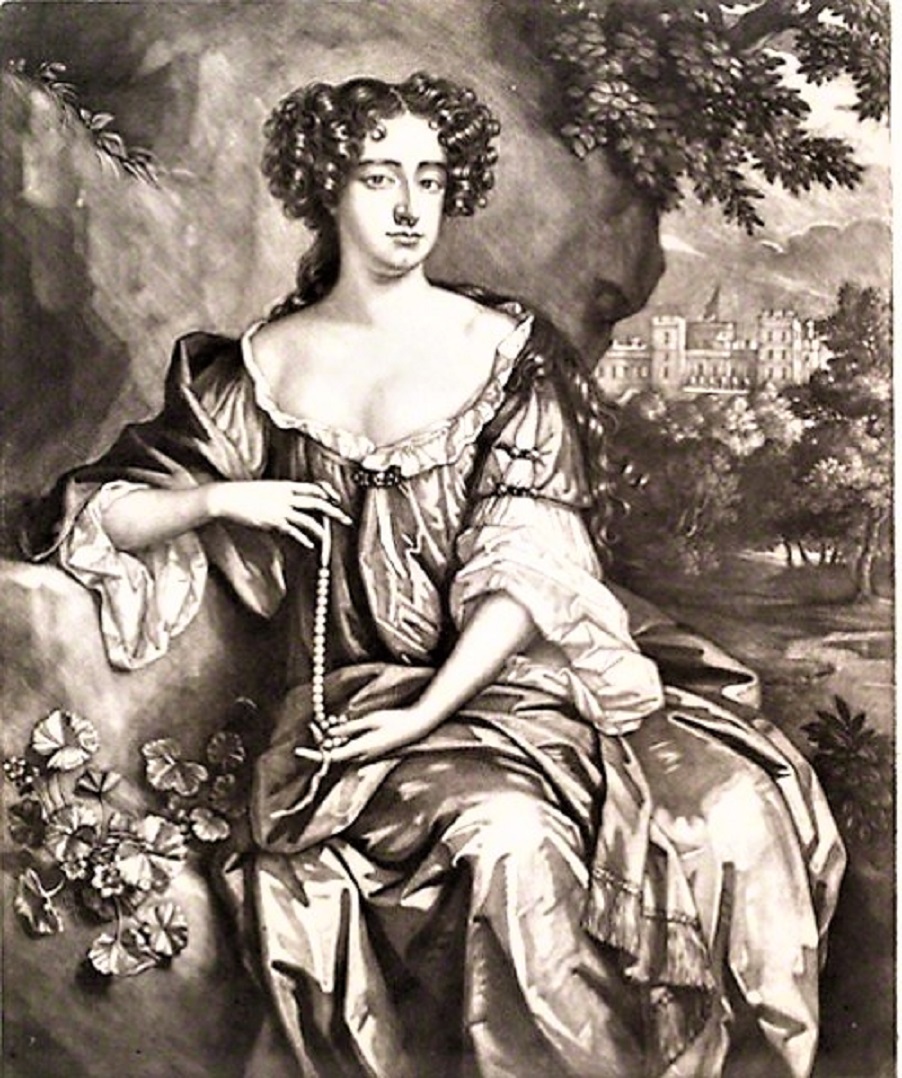 Queen Anne when Princess of Denmark by Isaac Beckett, after William Wissing, mezzotint, 1683-1688 National Gallery in London
Posted by Barbara Wells Sarudy at 4:00 AM