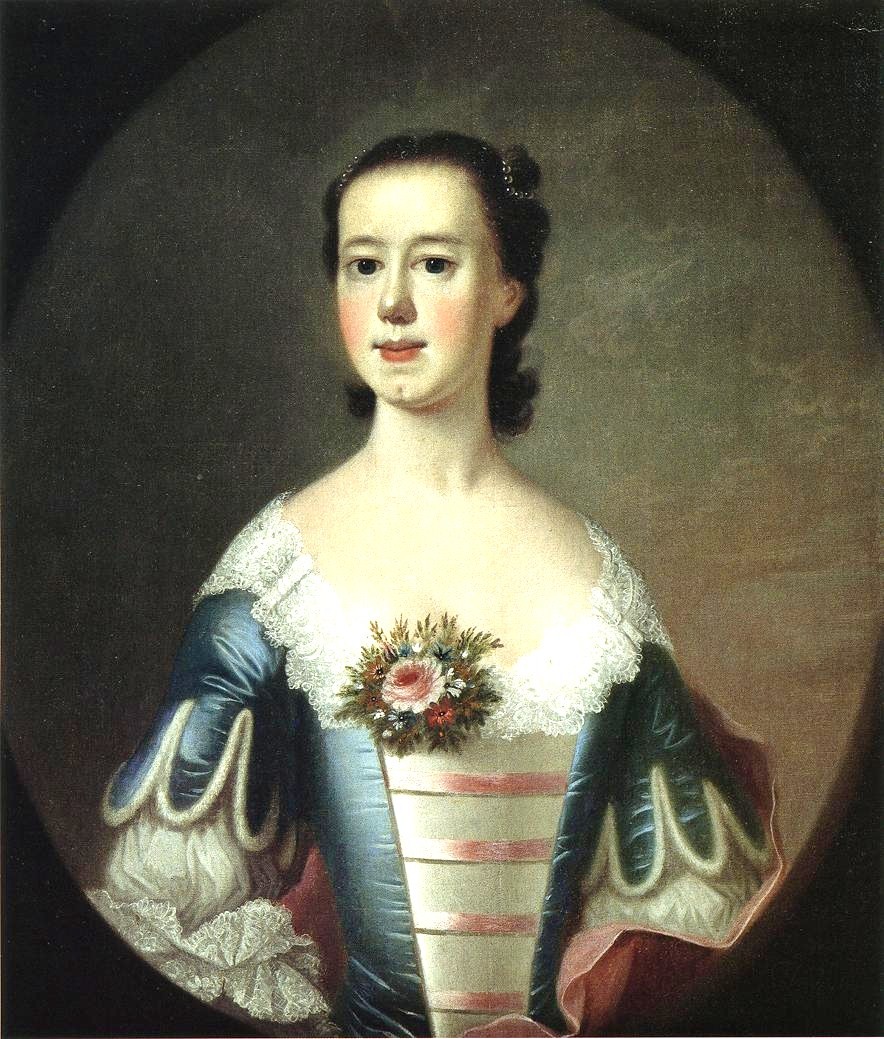 
Renolda House Museum tells us the daughter of a prominent South Carolina family, Elizabeth Allston married Thomas Lynch, a well-connected South Carolinian, in 1745. At age 17, she became the mistress of Hopsewee Plantation, where the Lynch family slaves cultivated rice & indigo. As was typical of southern plantations, Hopsewee was located on a river. The river ensured transport of the plantation’s crops to market, where indigo was much in demand as a dye for the woolen industry. The Lynch family enjoyed rosperity.

Jeremiah Thëus, Charleston’s foremost portrait painter, often visited wealthy families at their plantations in order to execute commissions for portraits...The stiffness of Elizabeth’s figure may be attributed to the fact that Thëus borrowed the pose & costume details such as the nosegay & taffeta shawl from a mezzotint of about 1752 depicting the Duchess of Hamilton Brandon after a painting by English artist Francis Cotes.  It was fairly common for colonial artists to use European mezzotints as sources for poses & costumes.  Heightening the artificiality of the image is the fact that the dress is not typical of 18C colonial British America.

Elizabeth Allston Lynch died sometime around 1755, shortly after Thëus painted this portrait. Elizabeth gave birth to three children: Sabina in 1747, Esther in 1748, & Thomas in 1749. Her son Thomas Lynch, Jr. signed the Declaration of Independence in 1776.
Posted by Barbara Wells Sarudy at 4:00 AM