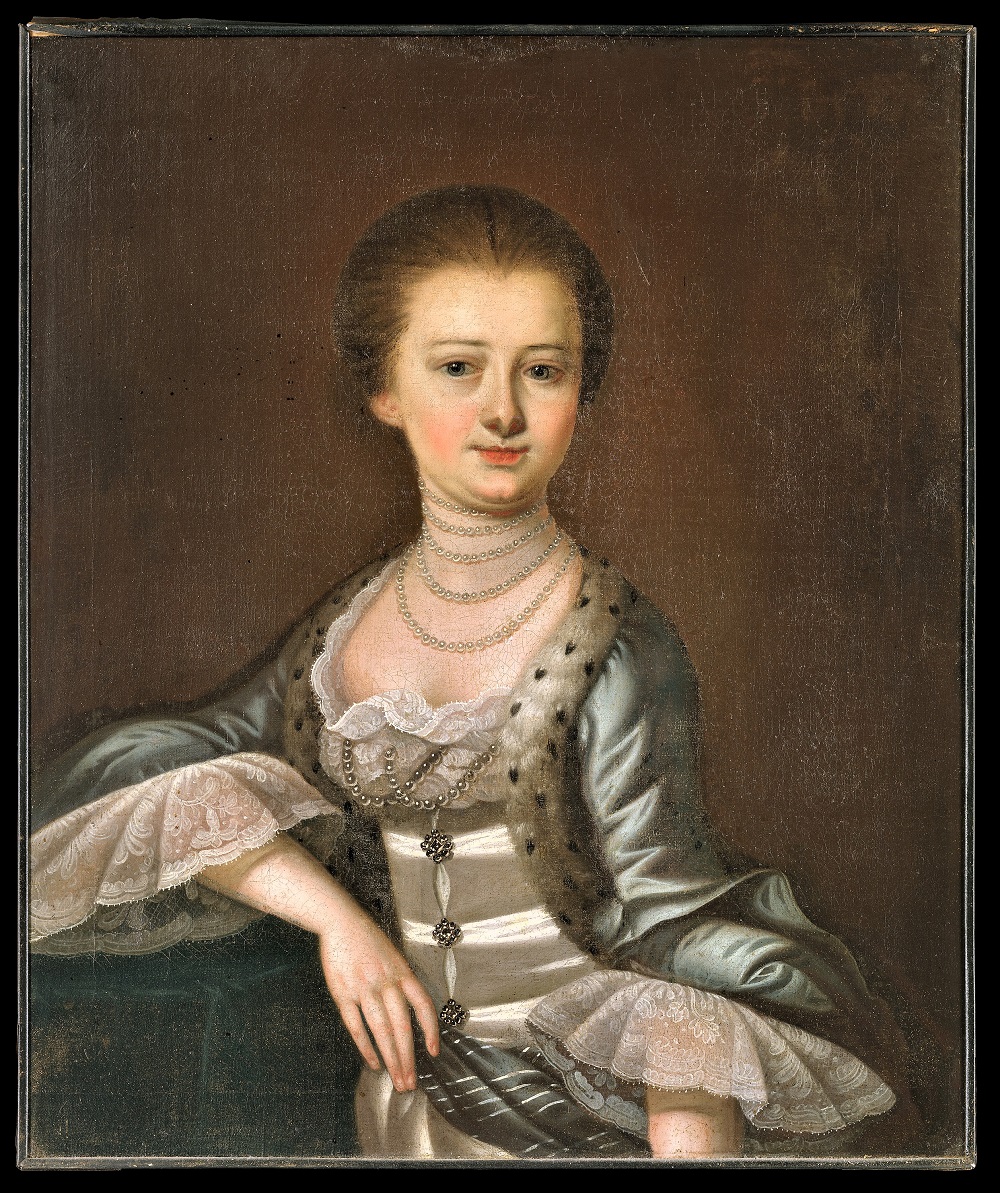 
The Met tells us that "Henrietta Isabella Sommers (1750–1783) was the daughter of Humphrey Sommers, a successful building contractor in Charleston, South Carolina. She was married to John Dart. The costume in this portrait was probably based on a print, since it is unlikely that Mrs. Dart possessed an ermine-trimmed robe. Theus undoubtedly painted the face from life and the clothing in his studio, with a mezzotint before him...John Dart (1750–1782), the son of Benjamin Dart, was a lawyer in Charleston, South Carolina. In 1772, he married Henrietta Sommers."
Posted by Barbara Wells Sarudy at 4:00 AM