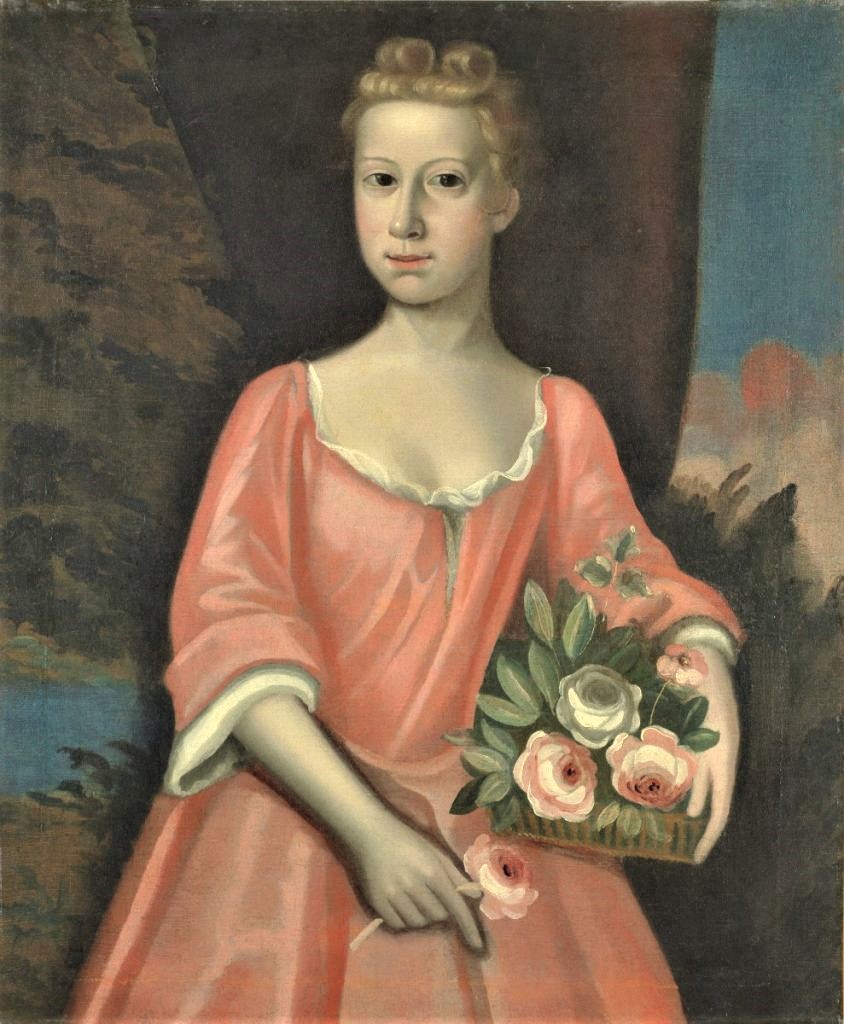 "Shooter's Hill," the home of the Smiths in Middlesex county, was not far from the town of Urbanna which was established some 30+ years after the plantation was created. The property appears on Augustine Herrman's, (who may have been the 1st Czech settler in America) map, which he named “Virginia & Maryland as it is planted & inhabited this present year 1670.” Herrman's map shows a total of about 1,300 plantations &  29 Indian villages.  In Middlesex County it delineates 30 properties.  Plantations there on the north shore of the Piankatank River included Turks Ferry, 1664 (1608 Indian Village of 20 associated with John Smith); & Shooters Hill, established in the late 1600s or earlier, consisting of 1,274 acres owned by Augustine Smith. The home there was a large three-story brick, covered on the top with lead, which had a fish-pond built at the house, where a mess of fish might be caught to be cooked immediately.  One Augustine Smith  who came to Middlesex from the neighboring county of Gloucester, where their home was known as Purton. These Smiths were prominent in both Gloucester & Middlesex. Augustine Smith was a man of wealth & it is said that he traveled with his coach & six, with postillion in livery.

(The property had descended to Dr. Augustine Jaquelin Smith 1774-1830 who was born to Augustine Smith 1739-1774 & Margaret (Boyd) Smith. The father died 10  days later, & within 7 years his mother & grandparents had died. He & his sister Mary were then raised under the guardianship of his uncle John Smith, a colonel in the Revolutionary War who was later elected member of the US House of Representatives. His grandfather was Augustine Smith was the eldest son of John Smith 1715-1756 & Mary Jacquelin 1714-1764.)