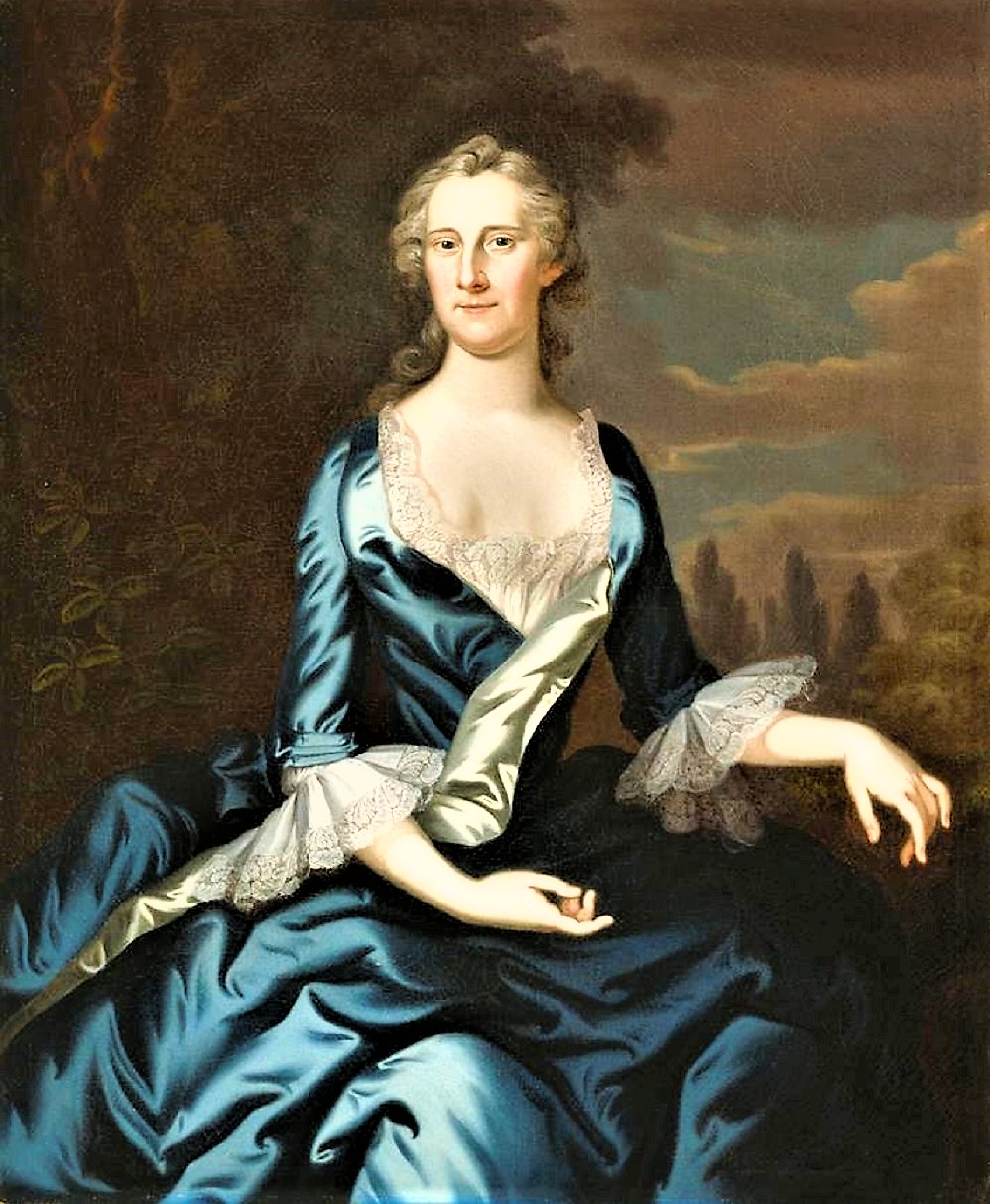 
Mother of Charles Carroll of Carrollton, signer of The Declaration of Independence. In 1726 his father Charles Carroll of Annapolis began courting Elizabeth Brooke, the daughter of Clement Brooke and Jane Sewall. They were not married, however, until 1757, when their son Charles was 20 years old. It's unclear why they waited so long; it may have had something to do with Maryland inheritance laws. Their son eventually secured his family's vision of personal, political and religious freedoms for all citizens when he became the only Roman Catholic (and last surviving signer) to sign the Declaration of Independence in 1776, while becoming the richest man in America.
Posted by Barbara Wells Sarudy at 4:00 AM