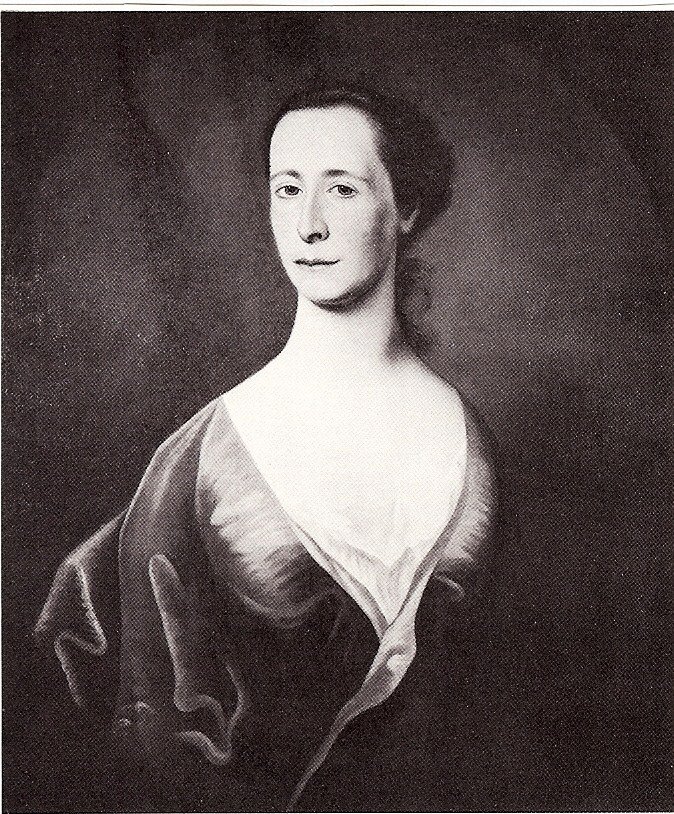 
Elizabeth Rebecca Becker was born into a family of strong women, but she certainly was not born into elite colonial society. Elizabeth Becker was born in New York City in 1731, the daughter of Frederick Becker &amp his wife, Anna Catharina Zenger. Elizabeth Becker's mother Anna Catharina Zenger had sailed to New York City from Germany with her family in 1710. The Zengers hailed from the Rhine section of Germany called the Palatinate, which had been impoverished by a succession of wars & extravagant local rulers. In 1710, England's Queen Anne sent 3,000 Palatinate refugees to the colonies to establish naval stores in New York. In return for 7 years of labor, the emigrants were promised grants of land. Unfortunately 25 % died during the 2 month voyage. Among the dead was the father of Anna Catharina Zenger. She survived the voyage with her newly widowed mother, older brother 13-year-old John Peter;&her younger brother Johannes.Anna Catharina's 33-year-old mother Johannah arrived in the new world a widow with 3 children to shelter & feed. Anna Catharina married Frederick Becker in 1727, & their baby Elizabeth Becker would live through turbulent events that seemed to swirl about her throughout her life from the moment she was born. 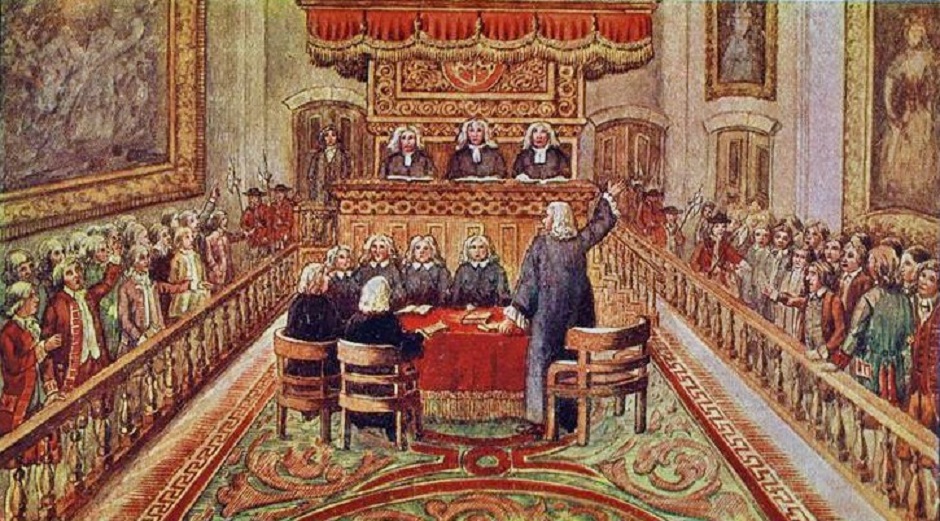 In 1711, the widow Zenger apprenticed her 14 year-old son John Peter to New York's only printer, William Bradford (1663-1752). Completing his indenture in 1718, young Zenger moved to Chestertown, Maryland, to make his living as a printer. Though he was named to print the session laws of the Maryland state legislature, he did not prosper there; & in 1722, he returned to New York. The industrious young Zenger entered into a partnership with his old master Bradford in 1725, leaving just the next year to start his own print shop, only the second in the city of New York. For several years, Zenger was active printing mostly German religious tracts until, in 1733, he was approached by James Alexander with the opportunity to print America's first political party newspaper, the New York Weekly Journal. James Alexander, a native of Scotland, had emigrated to New York, where he practiced law&became a leading member of the popular party.

The same year that Elizabeth Becker was born, the English appointed William Cosby as Governor of New York after removing him from a similar post in the Leeward Islands amid serious controversies. New York was faction-ridden. A brief period of peace ended in 1732, with the arrival of the tainted new governor, who intended to use the post to enhance his own fortunes. Shortly after arriving in New York, the new English Governor fired the Chief Justice, Lewis Morris, for having the grit to decide against him in a lawsuit. After the new governor removed the Chief Justice, attempted to fix an election, & accepted questionable honorariums, John Peter Zenger agreed to print anonymously James Alexander's attacks on Cosby's administration. These newspaper revelations so enraged the colonial governor, that he had Zenger imprisoned. Zenger was formally accused of libeling the Governor. Zenger endured nearly 9 harrowing months in New York City's jail refusing to identify Alexander or any of his sources for the offending articles. 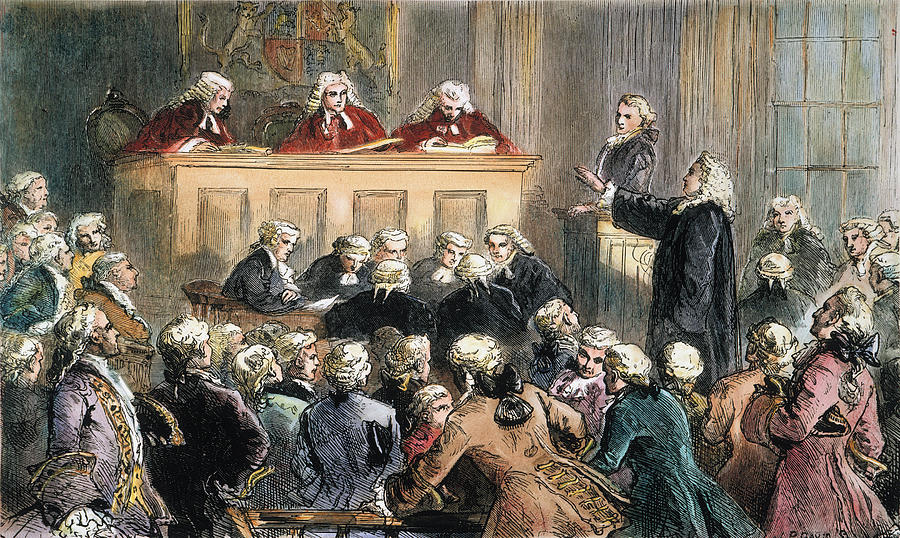 Elizabeth Becker's aunt, Zenger's wife Anna, took over publishing the newspaper. With her husband in jail&young children underfoot, Anna Zenger somehow managed to keep the New York Weekly Journal publishing, missing only one issue. Because of her stubborn determination, the uninterrupted publication of the newspaper helped build public support for Zenger's plight. In 1735, Zenger's lawyer, Andrew Hamilton, argued that the newspaper articles could not be libelous, because the accusations against Governor Cosby were true.Zenger's attorney Hamilton challenged the constitutionality of the crimes for which his client was being prosecuted. It was one of the first times in American history in which a lawyer challenged the laws rather than the innocence of his clients. The jury found Zenger not guilty,&the acquittal set an important precedent for American freedom of the press. Released from jail, Zenger immediately wrote A Brief Narrative of the Case and Tryal of John Peter Zengertelling the story of the court case.

Elizabeth Becker's Marriage
When Zenger's neice, Elizabeth Becker turned 16, she met an exciting young Londoner Richard Curson (1726-1805) soon after he immigrated to New York City in 1747. Curson was 21; & after a whirlwind romance, they married in December of 1747. Newlyweds Richard & Elizabeth sailed back to England, so that the new bride could meet his family. His father, Samuel Curson III, was a successful London wine merchant with extensive business contacts in Italy & Spain. While young Elizabeth was in England with her new groom, she survived a vicious attack of smallpox leaving her severely permanently disfigured. Longing for the comfort of her family in the American colonies, Elizabeth & Richard returned to New York City in 1756, where Richard used his family's extensive contacts throughout England, Europe, the Atlantic region to became a prominent merchant & banker.By 1763, when Elizabeth was 32, she had given birth to 4 children who lived to adulthood: Rebecca, Samuel, Anna Maria, & Richard. Her husband's mercantile career was flourishing by the early 1770s. One of his companies had offices in both New York City & St. Eustatius in the Dutch West Indies. He was trading silks, flour, corn, gunpowder, fish, wines, slaves, tobacco, & rice in ships he was having built as far away as India. But the war & the arrival of the British interrupted Elizabeth & Richard's success in New York City. The Curson's took their youngest son Richard Jr. & fled New York City in June of 1776, to avoid possible capture by the British; because of their open sympathy for the revolution. By June, 1777, they had settled in the safer port of Baltimore, Maryland, where Richard established a new mercantile firm operating from 1777-1803. While importing goods & wines from the Caribbean,Italy, & Spain,Richard, Sr., also used 8 of his ships as privateers to run the British blockade & attack the enemy vessels during the American Revolution. Elizabeth Becker & Richard Curson thrived in Baltimore, becoming friends with Thomas Jefferson, Light Horse Harry Lee, General Horatio Gates, & Daniel Dulany.

Elizabeth Becker Curson's Children
Elizabeth Becker Curson did not fret about finances, she worried about her children -- with good reason. Because of his sympathy for the revolution, the family's oldest son Samuel had moved to St. Eustatius in the Dutch West Indies by March, 1776, establishing a mercantile company there. When it was safe in 1780, the young Corson returned to New York City. In 1784, an uncle in England, left 3,000 pounds to his grandnephew Samuel Curson of New York City, who used his windfall inheritance to travel extensively throughout Europe & England. By July, 1785, Samuel had established his own business in New York. His American future looked bright; but in 1785, young Samuel Curson unexpectedly applied to the U.S. Congress for the position of U.S. Consul in London.Apparently during his travels in England in 1784, he had fathered an illegitimate son with Betsy Burling who soon after married Richard John Whittell of England, a 1st cousin of Samuel Curson. Betsy's new husband tried to blackmail the wealthy American Curson family from England. Betsy's brother (or possibly her new husband posing as her brother) Walter Burling determined that he needed to be much closer to the situation, & he actually moved to Baltimore. Walter Burling persistently continued to seek monetary satisfaction for the illegitimate child from young Samuel & from his parents. He physically pursued Samuel Curson from the West Indies to London & finally back to America. In New York, on April 21, 1786, Burling challenged Curson to a duel, in which Samuel received a fatal wound dying 3 days later.Elizabeth Becker's final living son, Richard Curson, Jr., was born on 1763 in New York, & fled to Baltimore, in 1777, with his parents. In 1784, he married Elizabeth Moale, had 3 children who lived to maturity, & lived at his parents' home until 1803. Elizabeth had worried about this son Richard for years. He was in ailing health & suffered from a spinal disease since early childhood. In 1787, Elizabeth Becker Curson died & was buried at Old Saint Paul's Episcopal Church Cemetery in Baltimore. In 1805, Richard Curson Sr. died & was buried next to his wife.The following year, their son Richard was declared a lunatic by the Chancery Court of Maryland. The custody of his person & property were given to Samuel Vincent, who had administered the estate for the elder Curson & his wife, Elizabeth Becker Curson. Richard Jr. died on June 14, 1808, & was buried next to his parents in Baltimore.

Elizabeth Becker Curson's Granddaughter becomes a Saint
By 1786, Elizabeth Becker Curson had 13 grandchildren in America; one of her sons had been shot to death; one of her grown daughters died from childbearing; & the remaining daughter was married & raising both her own 7 children plus the 6 children of her deceased sister. Daughter Rebecca Curson had married William Seton (1746-1798) in 1767 in New York; & when she died in 1775, the newly widowed William Seton married her sister Anna Maria Curson in 1776. 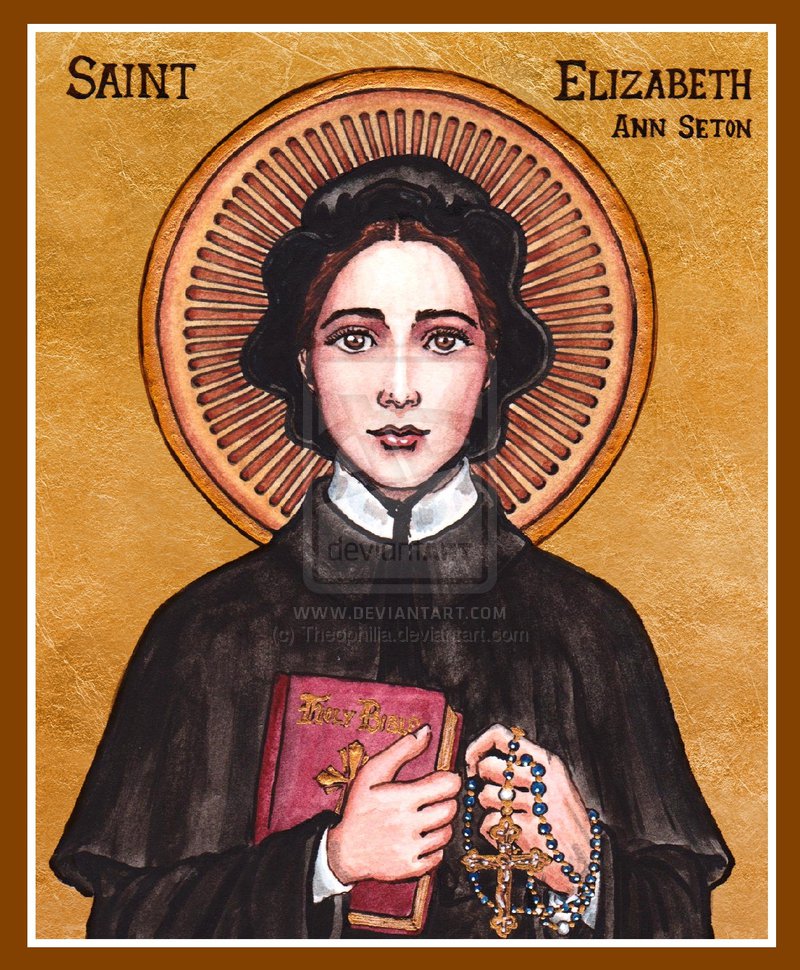