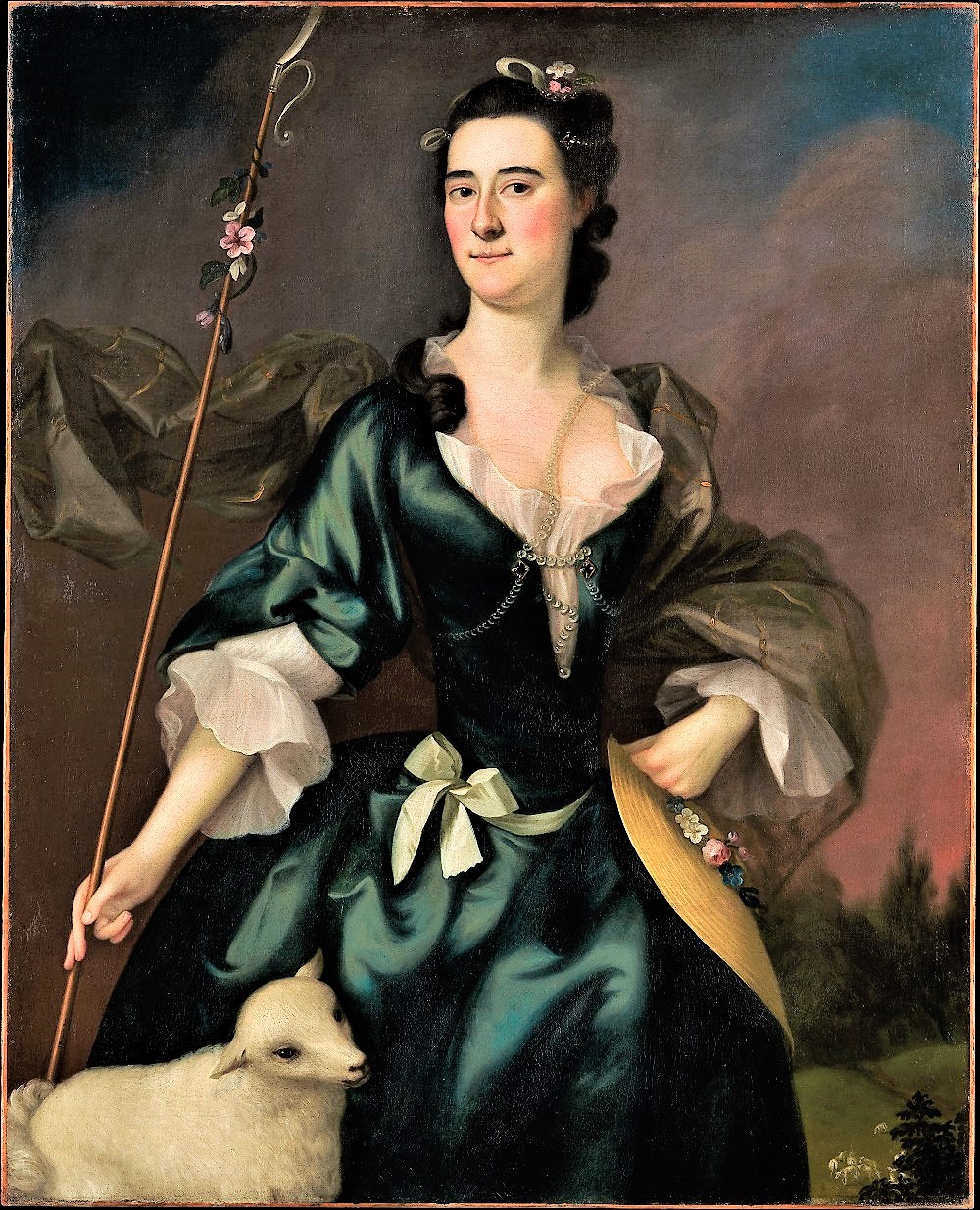 
Mary Sylvester Dering (1724-1794). Daughter of Mary Burroughs and Brinley Sylvester. Raised in Newport and on Shelter Island and educated in Boston. Married Thomas Dering in 1756 in Newport. They had 3 children, Sylvester, Elizabeth, and Henry Packer. Spent the war years in Middletown, Connecticut, but most of her adult life at Sylvester Manor on Shelter Island. Thomas Dering (1720-1785). Son of Elizabeth Packer and Henry Edward Dering. Husband of Mary Sylvester Dering. Father of Sylvester, Elizabeth and Henry Packer. Proprietor of 1,000 acre Sylvester Manor from 1762 until he died in 1785.

Her portrait was most likely painted in 1754, the year in which Blackburn painted the portrait of her sister and of Abigail Chesebrough (Stonington Historical Society, Connecticut). In accordance with her unmarried status, Blackburn depicted Mary Sylvester as a shepherdess, the lamb at her side a symbol of purity and innocence. Blackburn may have derived this allegorical representation from a British mezzotint. In 1756 Mary Sylvester was married in Newport to Thomas Dering, a Boston merchant.

See Patricia and Edward Shillingburg's 2015 book Women's Words featuring the Dering Letters which were given to the Shelter Island Library in New York, in 1916 by General Sylvester Dering.   Approximately 240 of them written by women. The men wrote about business, church business, and politics, and the women wrote about life's events and their feelings.
Posted by Barbara Wells Sarudy at 4:00 AM