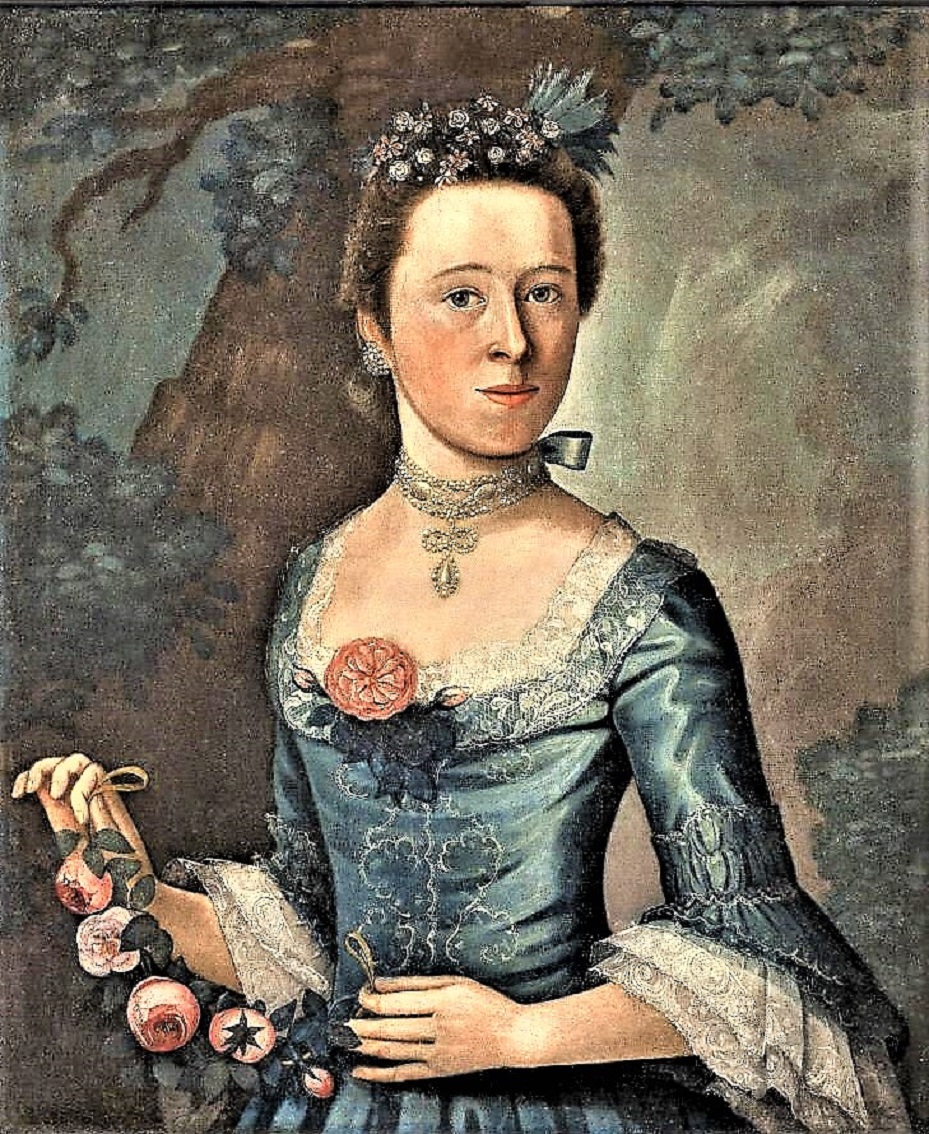 Elizabeth Boush was married to Champion Travis (c 1745-1810).  Elizabeth was the daughter of Samuel Boush & his wife Alice Mason of Norfolk.  The Virginia Gazette reported her marriage in 1772, to Champion Travis, who had been a student at the College of William & Mary in 1768.  He served in the Virginia Conventions of 1775 & 1776, when he became one of 5 Virginia Naval Commissioners. The couple had 7 children. The Travis House, where the family lived, was built as a dwelling for Champion Travis' father Colonel Edward Champion Travis between 1765 & 1770. Colonel Edward Travis, (1721-1770) had been a Burgess representing Jamestown in the Williamsburg colonial Assembly from 1752 to his death.

Colonial Williamsburg tells us that, "her pose is typical of Durand, as is the profusion of flowers held by the sitter and placed at her breast and in her hair. These probably replicate the fashionable fabric flowers imported into the colonies and advertised in local papers during the period. Elizabeth herself may have made the ones represented in her portrait, since she was a student of Elizabeth Gardner of Norfolk who taught young women how to make artificial flowers."

Elizabeth also left an embroidery signed on the bottom "Eliz Boush Worked this Piece at E. Gardners 1768-9."  Gardner advertised her Norfolk school for "young Ladies" in 1766 at which she taught embroidery, "Dresden lace work, catgut, & Shell work, wan work, and artificial flowers."
Posted by Barbara Wells Sarudy at 4:00 AM