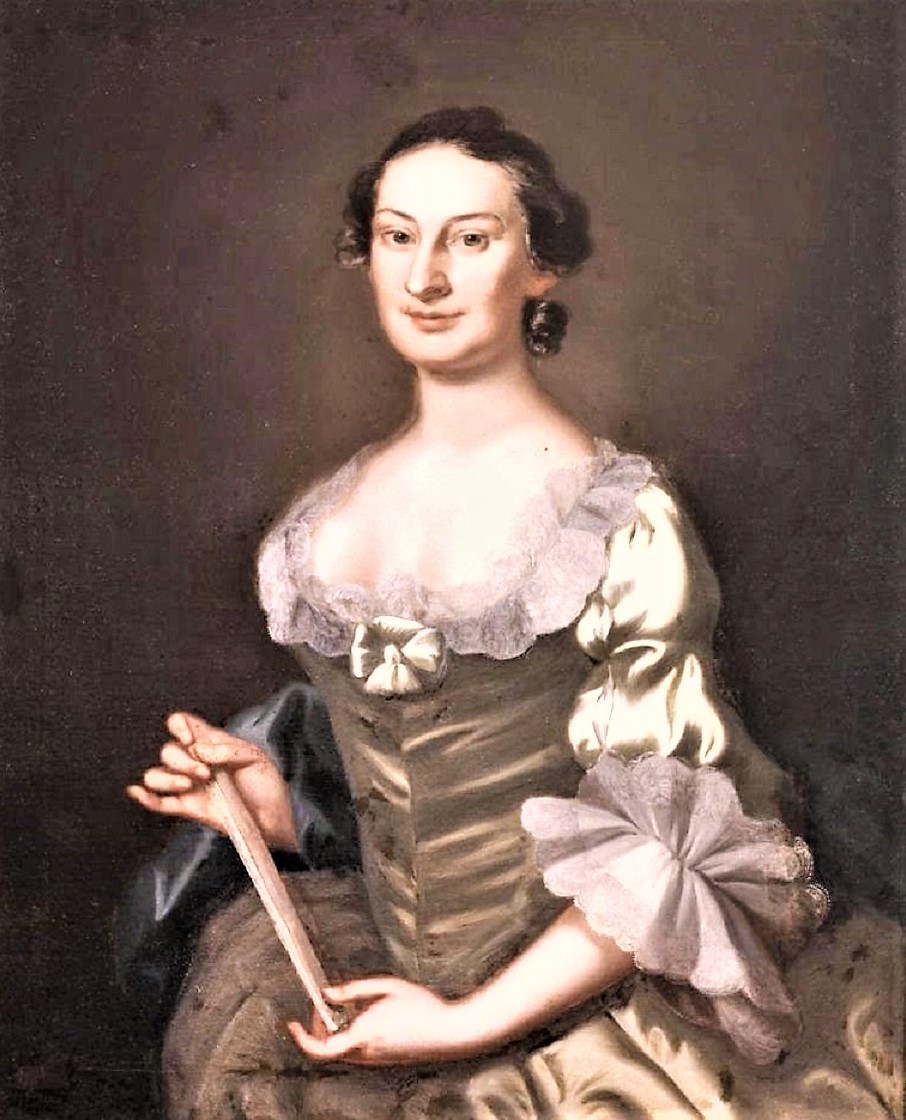 
Elizabeth Harrison was born in 1731 to  Benjamin Harrison (1694 - 1745) and Anne Carter Harrison (1704 - 1745) of Charles City, Virginia. Although, Betty knew how to read and write, there is no record of her having a formal education. On March 8, 1745 she married Peyton and became a prominent figure in Williamsburg as the wife of the Virginia Attorney General and Speaker of the House of Burgesses. 13 March 45/6 Virginia Gazette: "Peyton Randolph Esq, his majesty's atto. Genl of this colony was marry'd to Bettye Harrison daughter of the late Col. Benjamin Harrison of Berkley in Charles City County, deceased."

The Randolphs had no children and was widowed on October 23rd, 1775 with her husband passing while serving as a Virginia Delegate  to Second Continental Congress in Philadelphia.  Last Will and Testament of Peyton Randolph,
IN THE NAME OF GOD AMEN. I Peyton Randolph do make this my last will & testament. I give & devise to my beloved wife my dwelling house, lots & all the outhouses thereto belonging in the city of Williamsburg, with the furniture of the same, & also my chariot & horses & all her wearing apparel rings & jewels, all which estates real & personal I give to her heirs, exrs, & adrs. I give to my sd wife also Little Aggy & her children, Great Aggy & her children, Eve & her children Lucy & her children to her & her heirs forever. I give to my wife also the use & enjoyment of my whole estate real & personal, not hereafter given away during her natural life...

20 July 1782 A Codicil to the above Will
Whereas Eve's bad behaviour laid me under the necessity of selling her. I order and direct the money she sold for may be laid out in purchasing two negroes Viz, a Boy & Girl, the Girl I give to my niece Ann Copland in lieu of Eve, in the same manner that I had given Eve. The Boy I give to Peyton Harrison son of my Brother Carter Harrison, to him & his heirs forever. I have lent Charlotte to my nephew Harrison Randolph during my life. As he will perhaps be at some expense in raising & maintaining other children she may have as a gratuity I give to him & his Heirs forever her Son called Thomas Prouce. I have given in my Will forty Pounds paper Currency to be divided amongst the Servants, instead of which I order Ten Pounds of the money found in the House to be divided as afore directed. I also Order Twenty Pounds out of the same money to be given to my Niece E Harrison if she should be living with me at the time of my death in order to enable her to pay her Expenses to some friendly roof. I think I have express myself with regard to Thomas Pruse in a manner that may leave room for a dispute to prevent which I declare my Will is that Harrison Randolph is to have the said Thomas Pruse at all events. I give to my Niece Eliza Harrison my dressing Table and Glass that stands in my Chamber and the Cabinet on the Top of the Desk.  Betty Randolph

This Codicil was Signed, Published and declared to be part of the last Will of the said Betty Randolph in presence of us.  John Blair & James Madison
Posted by Barbara Wells Sarudy at 4:00 AM