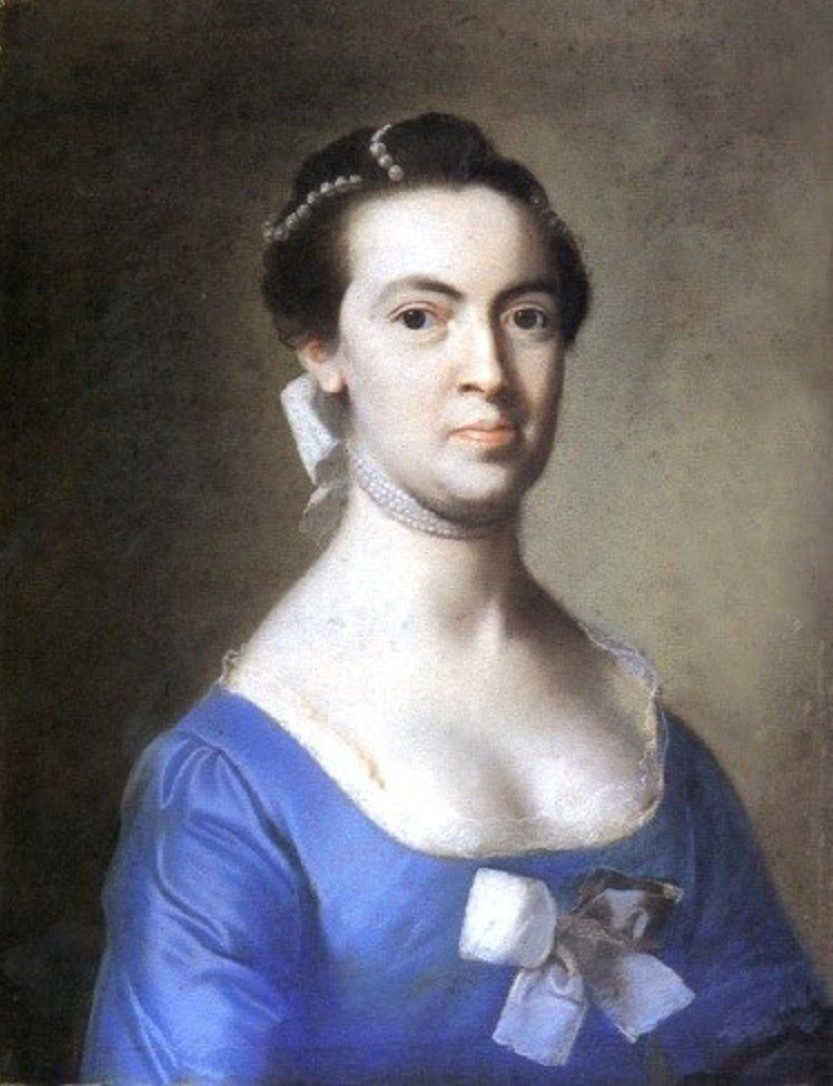 
When Lucretia Hubbard was born on June 18, 1734, her father, Daniel Hubbard (1706-1741), was 28, and her mother, Martha Coit (b 1706) was 28. She lost her father when she was only 6 years old.  On 16 August 1764, she married Gregory Townsend (1718-1798).  Her husband was the son of Solomon Townsend (b. 1676) & his second wife, Esther Sugars, of Boston. He remained a Loyalist during the Revolutionary War & served in the British army as Assistant Commissary General in New York.  Via the Banishment Act of 1778, Townsend & many other Loyalists were sent to Halifax, Nova Scotia. His letter of July 8, 1783, written at Halifax & sent to his wife's brother & sister-in-law, Daniel & Mary Hubbard of Boston, gives a glowing report of the place. However, a letter addressed to the same couple on April 20, 1784, focuses on the political bickering then current: "Nothing going forward but ins & outs of Violent Contests between the two Houses of Parliament & their unhappy Sovereign." Her husband died in Halifax in 1798.
Posted by Barbara Wells Sarudy at 4:00 AM