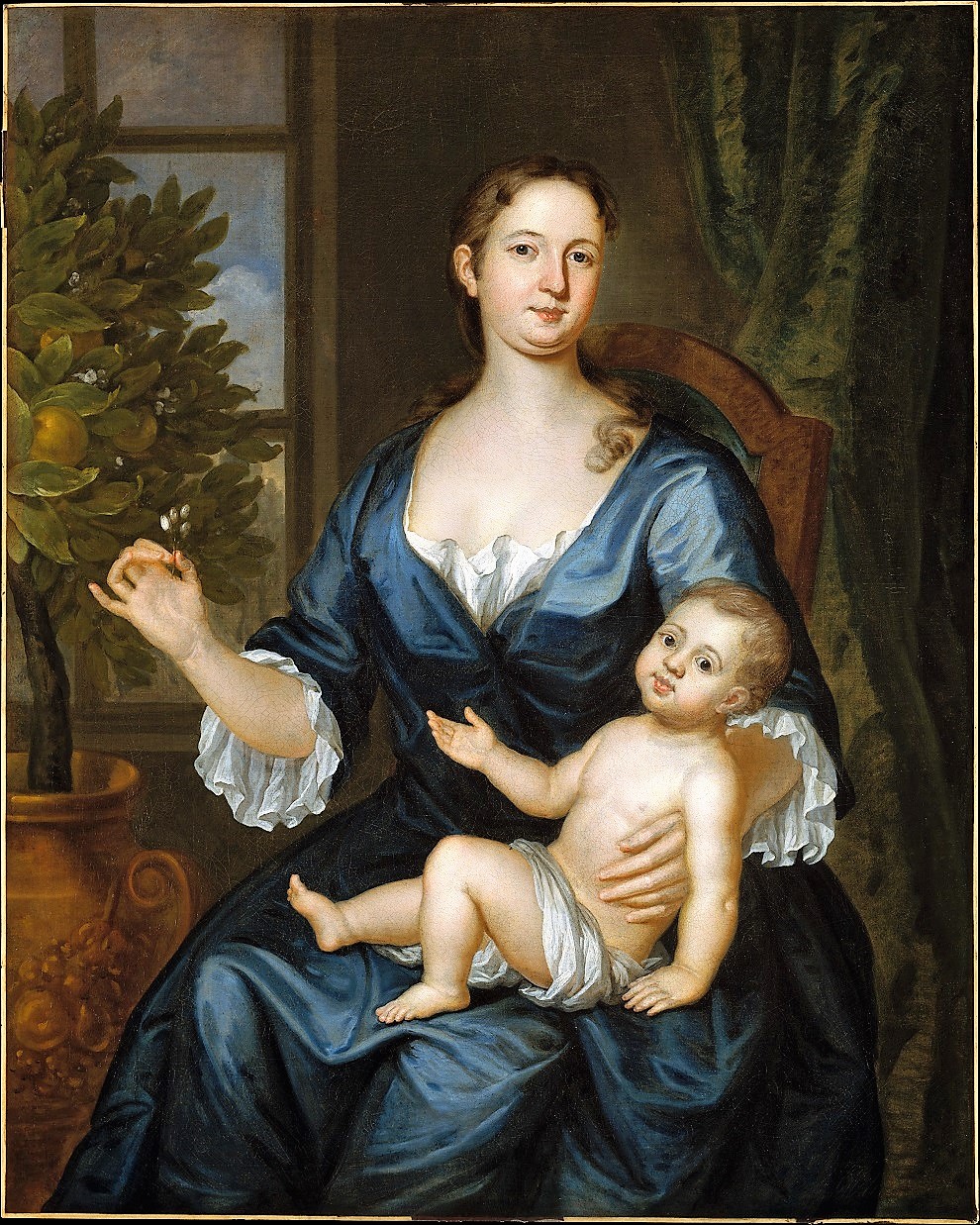 Mrs. Francis Brinley (1698–1761) and Her Son Francis (1729–1816).  1729 by John Smibert (American, Edinburgh, Scotland 1688–1751 Boston, Massachusetts) The Metropolitan Museum of Art tells us that she was born Deborah Lyde,  & that Mrs. Francis Brinley (1698–1761) was the daughter of Edward and Catherine Lyde and the granddaughter of Judge Nathaniel Byfield. When she married Francis Brinley in 1718, she was a woman of wealth and social prominence. An entry in Smibert's notebook dated May 1729 identifies the infant as the Brinley's son Francis (1729–1816). Mrs. Brinley holds a sprig of orange blossoms, a gesture which may have been taken from an 18C print by Sir Peter Lely. The white orange blossom symbolizes both marriage and purity, while the fruit, a sign of fertility, emphasizes Mrs. Brinley's role as a mother. Orange trees, although fashionable in Europe, were expensive rarities in the colonies. The presence of one here reinforces the sitter's wealth.

The clothing worn by 18C British American women, until the end of the American Revolution, was characterized by great diversity, as one would expect in a society ranging from royal governors & wealthy landowners to indentured servants & slaves. During the period in Britain & her colonies, a woman's dress usually consisted of a gown & petticoat. The gown consisted of the bodice & skirt joined together, with the skirt open in the front to reveal the separate petticoat, which was an essential part of the dress & not an undergarment. The textiles used for the dress ranged from elegant to simple depending on the tasks of the wearer.
Posted by Barbara Wells Sarudy at 4:00 AM