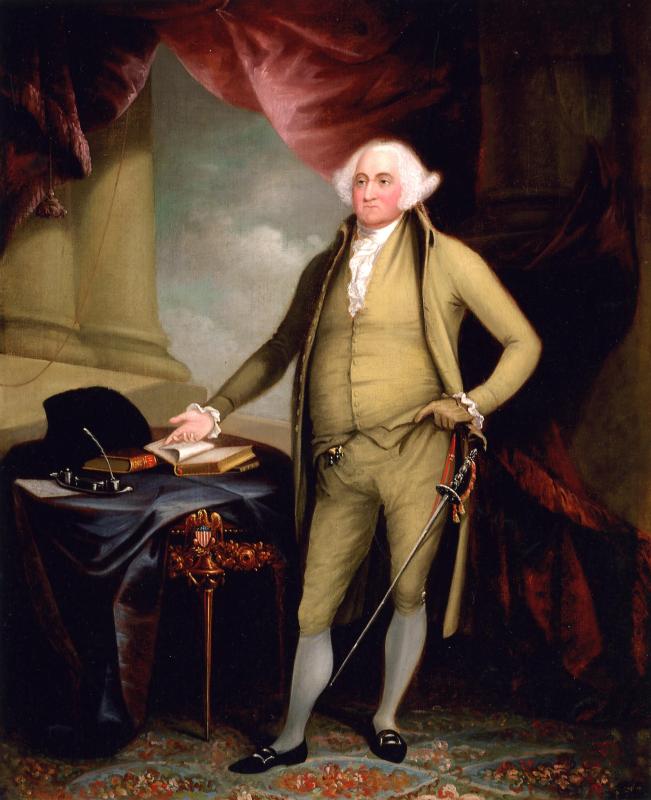 John Adams noted in his journal Easter Week activities in France.
Good Friday.  Went in the afternoon to Longchamps. This is the last Day. Every year; the wednesday, thursday, and friday, of the week preceding Esther, which is called Semaine Sainte, there is a kind of procession in the Bois de Boulogne, and it is called Longchamps. There are perhaps each of those Days a thousand carriages, that come out of Paris to go round one of the Roads in the wood one after the other. There are two rows of carriages, one goes up and the other down so that the People in every carriage, can see all the others. Every body that has got a splendid carriage, a fine set of horses, or an elegant Mistress, send them out on these days to make a show at longchamps. As all the Théatres, and the greatest part of the public amusements, are shut all this week, the concourse is always very considerable for those, that cannot go there to be seen, go to see, and as it commonly happens upon the like occasions, there are always twenty to see for one there is to be seen. It is very genteel, for there are always there some of the first people in the kingdom. The hours are from five to seven, by which time very few carriages remain there; for they all go off together, so that one quarter of an hour before the place is entirely deserted, the concourse is the greatest. The origin of this curious custom, was this. There is a convent of women called Longchamps, somewhere near the Bois de Boulogne, where formerly, there was some very fine music, performed on these days, which drew a vast number of Persons out from Paris to hear it: but one year there was an uncommon concourse, and some disorders happened, which induced the Archbishop of Paris, to forbid this music on these days, but the Public, who had commonly taken a ride round part of the wood after hearing the music, continued taking the latter part of the amusement, when they were deprived of the first, and the custom has been kept up, to this day. After it was over we went and drank tea with Dr. Franklin. Saw Mr. Dalrymple there. The weather is very cold and disagreeable yet.

John Thaxter (1755-1791) had written to his cousin Abigail Adams (1744-1818) of the pre-Easter celebrations at Longchamps in 1783. Thaxter was a law student of John Adams, tutor to the Adams children, and John Adams's foreign secretary.
Paris 18th April 1783  Madam
For about three Weeks in the Time of Lent, the Play Houses are shut up, on account of its being a Season for the Care (not Cure) of Souls. To a City so much accustomed to Amusements as Paris, this is a Time of Mourning and Sadness. Horse racing and Bull baiting have been invented to fill up a part of this Interval of Sorrow. But what is called the Fête des longs Champs, or long Fields, is the most brilliant. About five Miles from Paris, there is a Place by the Name of Longs Champs, where formerly there was a Chapel, to which the Citizens and others peregrinated in this holy Time, to hear Mass. They made this Pilgrimage three times a Year, on the 16. 17. and 18th. of April.1 But as all human Institutions are imperfect and perpetually subject to Change, even this holy one has not been exempt from the common Lot. From a Pilgrimage to hear the word of God and sing his Praises, it has been metamorphosed into a Procession, to shew elegant Carriages, splendid Liveries and Equipage, &c. &c. Whether the Transition is natural or not, I am not to determine, but I believe one to be quite as rational as the other. They are both ridiculous enough. Upon the whole, I think the Procession much more sensible than the Pilgrimage. I am an Enemy to all Pilgrimages, except those which a Lover is obliged to make to a distant Mistress. There is good Sense in this, but to travel under Pretence of praying to this Saint or that Apostle, is a mere blind, and a villanous Tax on the Charity of the benevolent, given to the Drones of Society. But to return to Longs Champs—I went yesterday to see the Procession. All the Beauties of the Court and City were there, many of them in elegant Carriages, with Horses beautifully harnessed, and Servants in Livery. There were several thousand Carriages. The Crowd of People was immense. There were all Sorts of Characters of both Sexes. A ragged Coachman, an old or dirty Carriage or a slovenly ill dressed Servant, were objects of Ridicule and Hissing. It was diverting enough to hear the Speeches that were made yesterday, and to see the different Effects they produced on different Characters. The Crowd press so near the Carriages as they pass, that one hears every Observation they make on Men, Women, Servants, Horses and Carriages. Whoever can brave Laughter and Ridicule may venture out with an old Coach and poor Horses, but the bashful and timid had better remain at home. In one word, they are three days of Show of new Carriages, new Harness for Horses and new Livery for Servants. There is a kind of Emulation and Rivalry among them. And very often a Miss surpasses every one in Elegance and Brilliancy. Last Year, I was told, there appeared a Miss, in an elegant Carriage drawn by six superb Horses. She so far exceeded in Grandeur and Splendor every one else, that She was forbid ever appearing at Longs Champs again. I dare say, You will think this Circumstance a sufficient Comment on the whole Business, and that it is unnecessary to give any Opinion about the Matter. There are Hints enough as to Origin, Change and present Stage of the Amusement of Longs Champs. Your own Reflections will be infinitely more judicious than any I can make, and therefore I will be silent as to the Impressions this Entertainment has made on my Mind. I am happy to close this Account of the Entertainment of yesterday, by informing You, that notwithstanding the Crowd of Gentlemen on Horseback and Carriages was so prodigious, yet the excellent Arrangement of the Foot Soldiers and Dragoons was such, that not a single Accident happened. This was the Work of the Police, who at other Times experience as large a Share of Maledictions as any Class of People whatever. 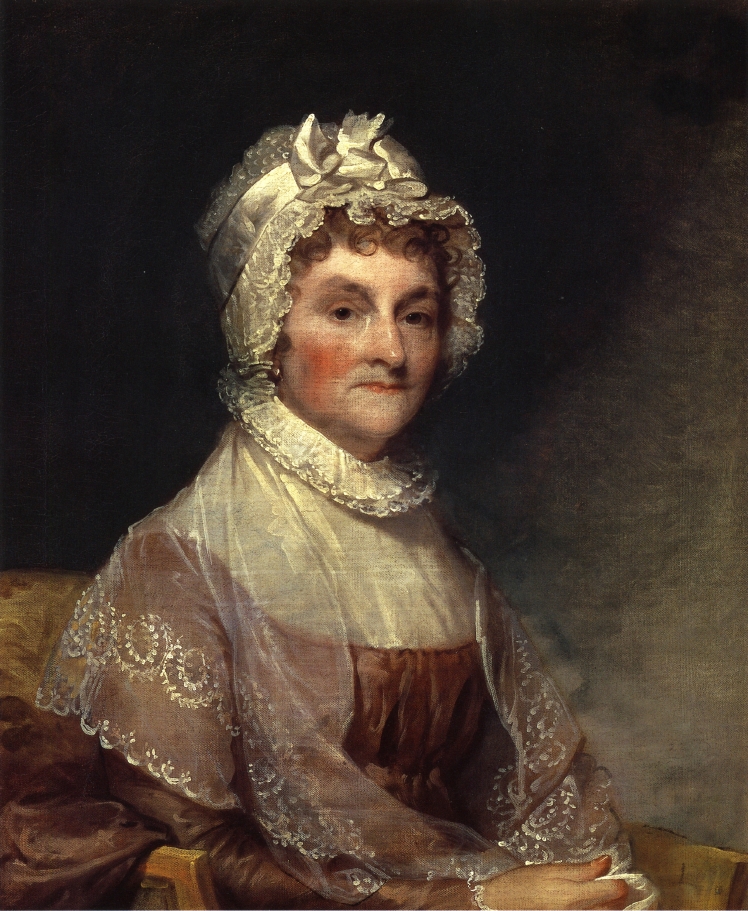 Later in the 1785 spring, Abigail Adams  (1744-1818) wrote to her niece Elizabeth Cranch, 8 May 1785.
Auteuil May 8 1785
Yes my dear Neice, it was a Ceremony that one must study Some time to find out either utility or pleasure in it. I own tho I made one in the procession I could not help feeling foolish as I was parading first up one side of a very wide road, for a mile and half and then turning, and following down a vast number of Carriages upon the other as slow as if you was attending a funeral. By this adjustment you see, one row of Carriages are constantly going up, whilst the others are comeing down, so that each calvicade have a fair view of each other, and this is call’d going to Long Champs.
About the 3d of Feb’ry the Carnival begins. During this time there is great festivity amongst the Parissians, the operas are more frequent, and Mask’d Balls succeed them. The Theaters are crowded, and every place is gay. But upon the 27 of March, or the Sunday upon which the celebration of the passion of our Saviour commences, the Theaters are closed, and continue so during 3 weeks. Lent lasts six weeks, all of which is fill’d up with Church ceremonies, one of which is the Kings washing the feet of a dozen poor Boys, and the Queen as many Girls, after which they give them a dinner in the Palace at which their Majesties and the princiss of the Blood, attend them at table, the princes and Lords carrying the plates. There is an other ceremony which is call’d the day of Branches. The people go very early to mass, before day light and continue a long time at it, after which the Priests go forth preceeded by some Church officer, with a large picture of our Saviour, and an other with a silver cross. The people follow two, and two, Men Women and Children with Branches in their hands, and Book[s] chanting their prayers. They go to kneel and pray before the crusifix one of which is placed upon the Road in every villiage. There are 3 days also when a peice of the Real and true Cross, as they say is shewn in the holy Chapel of  Paris, and every good Catholick kisses it. Then comes holy Sunday when every body goes to Church and the Night it begins the Clergy make a solemn procession into the Halls of the palace at 3 oclock in the morning, and as nothing is performed here without the assistance of the Military, the Commandant of the Watch sends two Companies to escort this procession. But neither the Concert Spiritual which is held three times a week in the Château des Tuileries, nor all the ceremonies of the Church can compensate with the sad Parissians for the absence of the Plays. To fill up the time and vary the Amusement, this parade at Long Champs was invented. It continues 3 days. The place is about one mile from hence. It is a fine plain upon each side of which are rows of trees, like Germantown Woods. Here the Parissians appear with their Superb equipages drawn by six fleet Coursers, their Horses and servants gayly drest. All kinds of Carriages are to be seen here, from the clumsy fiacre to the gilded Chariot, as well as many Gentleman on horse Back and swarms of people on foot. The city Gaurds make no small part of the shew, for the Maré Chaussee6 as they are call’d are placed along in rows between the Carriages, and are as despotick as their Master. Not a Coach dares go an inch from its rank, nor one carriage force it self before an other, so that notwithstanding there are many thousands collected upon this occasion, you see no disorder. But after all it is a senseless foolish parade, at which I believe I shall never again assist.