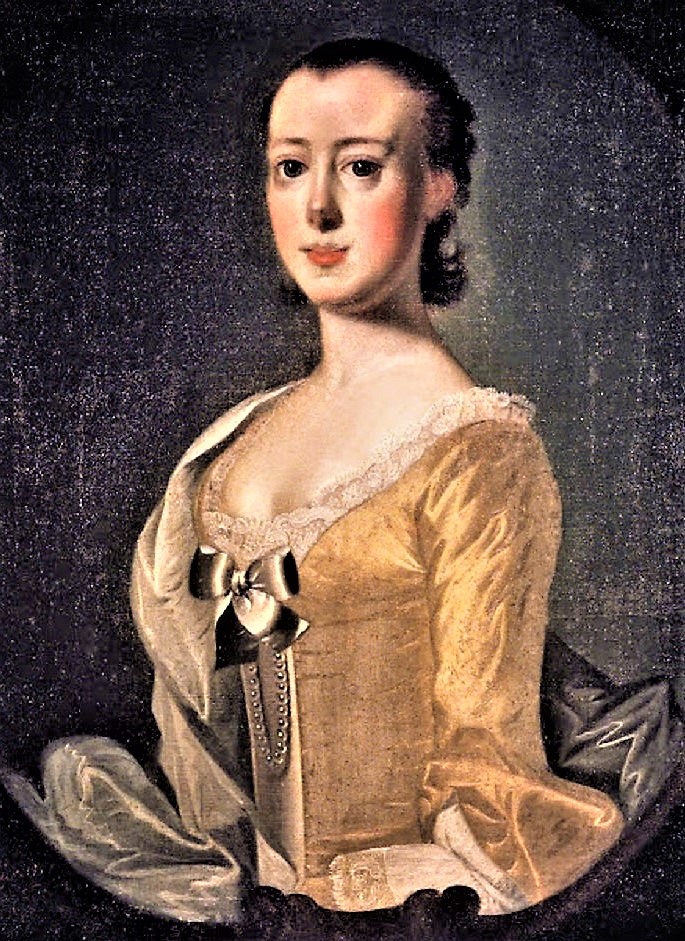 Elizabeth Rothmahler was the daughter of Job Rothmahler & Anne du Bosc descended from French Huguenots who settled in the Carolinas after the revocation of the Edict of Nantes. She married 1st John Waties of Georgetown, by whom she had 2 children: Thomas & Mary. Her son Thomas Waties, born February 14, 1760, became a distinguished Judge in South Carolina. Mrs. Waties married a 2nd time Paul Trapier (1716-1793) of North Island, near Georgetown.
Posted by Barbara Wells Sarudy at 4:00 AM