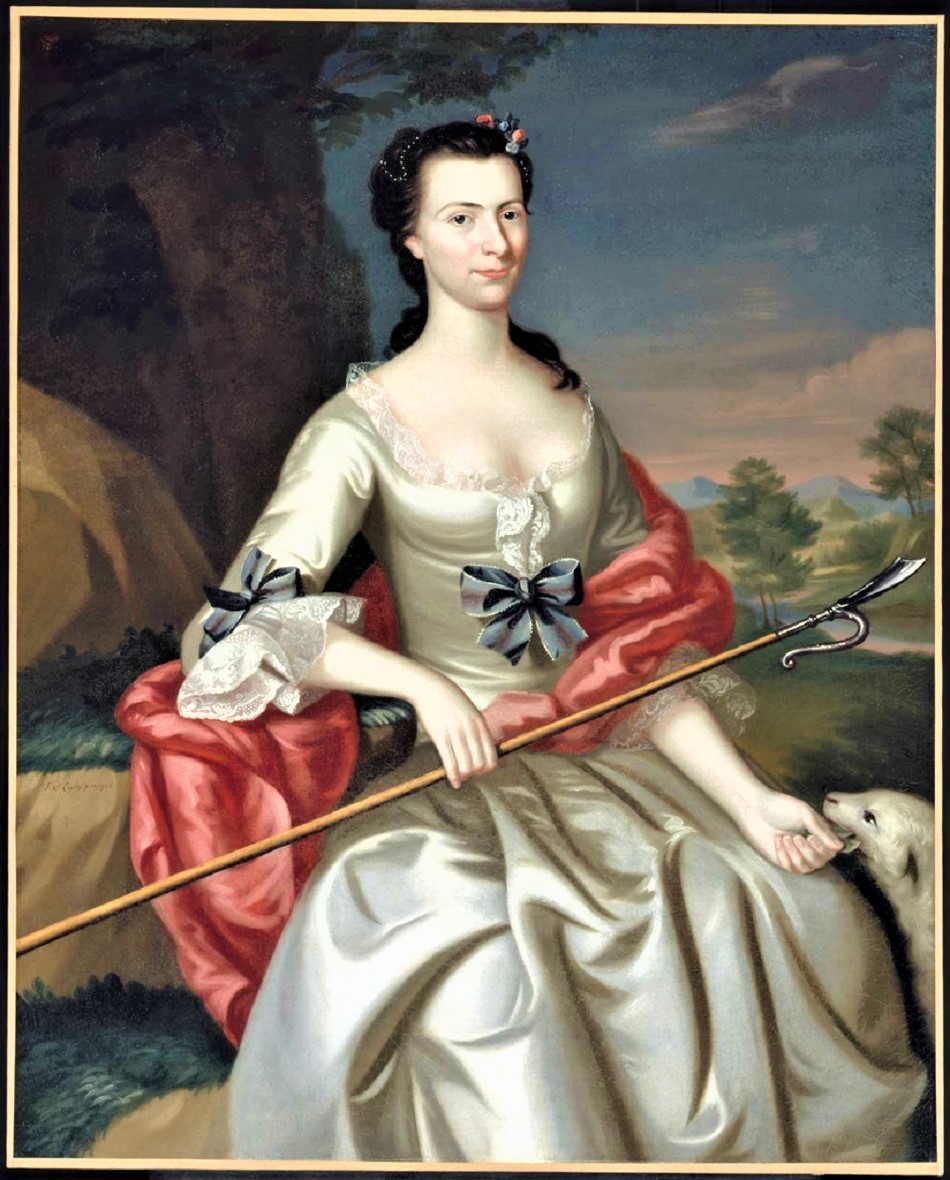 During the 17C & 18C artists often were commissioned to paint their contemporaries as personifications & allegories. These paintings remained popular, as they expanded to show the wealthy sitter as a Greek goddess, or muse, or nymph in in a rustic setting. They grew to include portraits of a shepherdess in pastoral scenes wearing idealized attire, nothing like the clothing worn by real women tending sheep.  Usually these paintings were of young, unmarried gentlewomen.  The theme of the shepherdess was popular in 17C Dutch art, & it was not unusual for fashionable young women to have their likenesses rendered as such.  The shepherdess theme remained popular & expanded throughout the 18C on both sides of the Atlantic.
Posted by Barbara Wells Sarudy at 4:00 AM