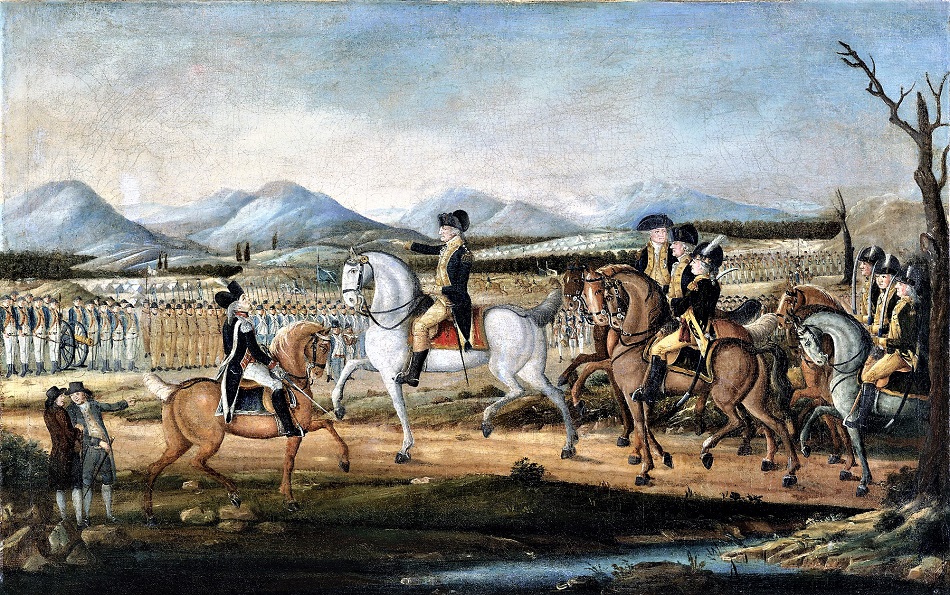 Not long after the United States was created, it faced one of its first domestic tests -- and booze was at the heart of it. In 1791, America was drowning in war debt, so President Washington reluctantly levied a tax on whiskey to help repay the country's creditors. Unfortunately, corn whiskey was much more valuable than raw corn, so many farmers focused their production on booze, rather than grain. Some laborers were even paid in whiskey.

During the American Revolution, individual states had incurred significant debt. In 1790, Treasury Secretary Alexander Hamilton pushed for the federal government to take over that debt. He also suggested an excise tax on whiskey to prevent further financial difficulty. At first, President George Washington was opposed to Hamilton’s suggestion of a whiskey tax. In 1791, Washington journeyed through Virginia & Pennsylvania to speak with citizens about their views. The idea was enthusiastically supported by citzens & local government officials alike, & Washington took this assurance back to Congress, which passed the bill. But protests against the new tax began immediately, arguing that the tax was unfair to small producers, and they were right. Under the new law, large producers paid the tax annually at a rate of 6 cents per gallon, & the more they produced, the further the tax breaks. Small producers, however, were stuck with a 9 cents per gallon rate. Farmers took further issue because only cash would be accepted for tax payment.

The resulting Whiskey Rebellion was a 1794 uprising of farmers and distillers in Western Pennsylvania in protest of a whiskey tax enacted by the federal government. Following years of aggression with tax collectors, the region finally exploded in a confrontation that had President Washington respond by sending troops to quell what some feared could become a full-blown 2nd revolution.

The law was immediately a failure, since refusals to pay the taxes were as common as intimidation against officials hired to collect them. Excise officers sent to collect the tax were met with defiance & threats of violence. Some producers refused to pay the tax. Perhaps inevitably, violence broke out. On September 11, 1791, excise officer Robert Johnson was riding through his collection route in Western Pennsylvania. Johnson was surrounded by 11 men dressed as women, who stripped him naked & then tarred & feathered him before stealing his horse & abandoning him in the forest. Johnson recognized two men in the mob. He made a complaint & warrants were issued for their arrest. A cattle drover named John Connor was sent with the warrants, & he suffered the same fate as Johnson, & was tied to a tree in the woods for five hours before being found. In response, Johnson resigned his post, fearing further violence. Incidents escalated over the next few years.

In 1793, the home of Pennsylvania excise officer Benjamin Wells was broken into twice. The first time, a mob of people forced their way in & assaulted Wells’ wife & children. The second incident involved six men, in disguises, while Wells was home. The intruders demanded Wells’ account books at gunpoint & insisted he resign his position. 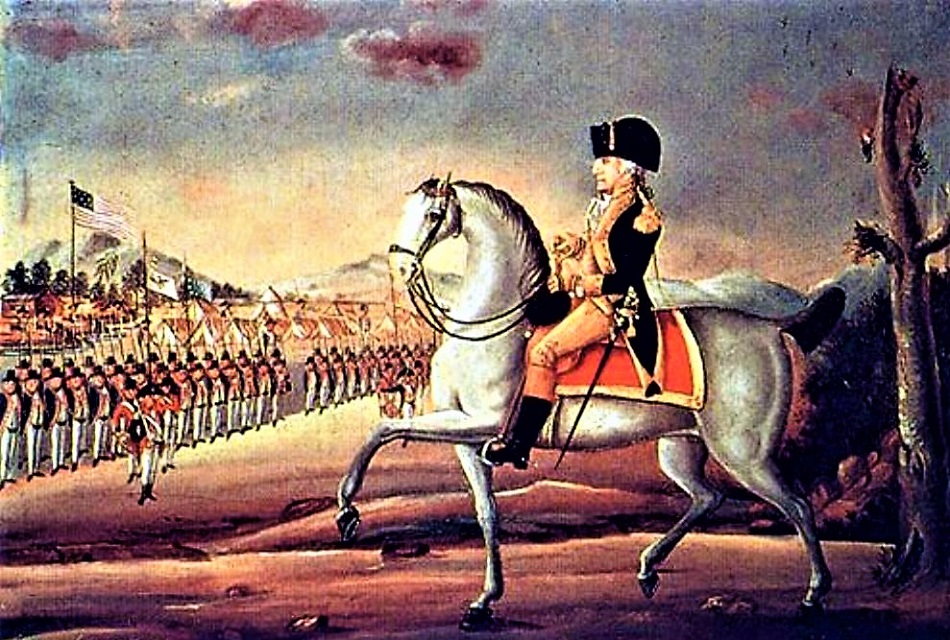 In the summer of 1794, Federal Marshall David Lenox began the process of serving writs to 60 distillers in Western Pennsylvania who had not paid the tax. On July 14, Lenox accepted the services of tax collector & wealthy landowner John Neville as guide through Allegheny County. On July 15, they approached the home of William Miller, who refused to accept his summons. An argument ensued, & when Lenox & Neville rode off, they were face-to-face with an angry mob, armed with pitchforks & muskets—some were believed to be drunk. Someone had told the mob that federal agents were dragging people away, but Lenox & Neville were allowed to pass, once that was understood to be untrue. Nonetheless, a shot was fired as the 2 men rode away. On the morning of July 16, Neville was asleep in his home, Bower Hill, when he was awakened by a crowd of angry men—some of whom had been served summons the previous day. The men claimed that Lenox needed to come with them, because there was a threat to his life. Neville didn’t believe the men & ordered them off his property. When the mob refused to move, Neville grabbed a gun & shot at the crowd, striking & killing Oliver Miller. In retaliation, the mob shot back at the house. Neville made it inside the house & sounded a signal horn he had devised for just such an occurance, after which he heard the sound of his slaves attacking the crowd with firearms.Six of mob were wounded, before they fled with Miller’s body. By evening, the mob had reconvened for a meeting with a group of other people, who declared revenge on Neville. July 1794 Mob allows women to flee before burning house down

On July 17, 1794, as many as 700 men marched to drums & gathered at Neville’s home. They demanded his surrender, but Major James Kirkpatrick, one of 10 soldiers who had come to the property to help defend it, answered that Neville was not there. In fact, Kirkpatrick had helped Neville escape the house & hide in a ravine. The mob demanded that the soldiers surrender. When that request was refused, they set fire to a barn & slave dwellings. The Neville women were allowed to flee to safety, after which the mob opened fire on the house. Following an hour of gunfighting, the mob’s leader, James McFarlane, was killed. In a rage, the mob set fire to other buildings & the soldiers soon surrendered as the Bower Hill estate burned to the ground.

Less than a week later, the mob met with local dignitaries who warned that Washington would send a militia to strike them down & they had to strike first. Wealthy landowner David Bradford, along with several other men, attacked a mail carrier & discovered three letters from Pittsburgh expressing disapproval of the attack on Neville’s property. Bradford used these letters as an excuse to encourage an attack on Pittsburgh, inciting 7,000 men to show up at Braddock’s Field, east of the city. The city of Pittsburgh, fearing violence, sent a delegation to announce that the 3 letter writers had been expelled from the city & to offer a gift of several barrels of whiskey. As the day ended, the crowd had drunk deeply from the barrels & weren’t inspired to descend on Pittsburgh with any fury, instead gaining permission to march through Pittsburgh peacefully.

With signs that the rebels were hoping to reignite the conflict & believing it was linked to unrest in other parts of the country, Alexander Hamilton wanted to send troops to Pennsylvania, but George Washington opted for a peace envoy instead. The peace envoy failed, & state militia—consisting of more than 12,000 men from Pennsylvania, Virginia, Maryland & New Jersey—followed. Led by George Washington, it marked the first & last time a sitting president led armed troops. Washington met first with the rebels, who assured him the militia was not needed & that order had been restored. Washington opted to retain the military option until proof of submission was apparent. The large & well-armed militia marched into Western Pennsylvania & was met with angry citizens but little violence. When a rebel army didn’t appear, the militia rounded up suspected rebels instead. However, the rebellion’s instigators had already fled, & the militia’s prisoners weren’t involved in the rebellion. They were marched to Philadelphia to stand trial regardless. Only 2 men were found guilty of treason, & both were pardoned by Washington. The federal response to the Whiskey Rebellion was widely believed to be a critical test of federal authority, one that Washington’s fledgling government met with success. The whiskey tax that inspired the rebellion remained in effect until 1802. Under the leadership of President Thomas Jefferson & the Republican Party (which, like many citizens, opposed Hamilton’s Federalist tax policies), the tax was repealed after continuing to be almost impossible to collect. 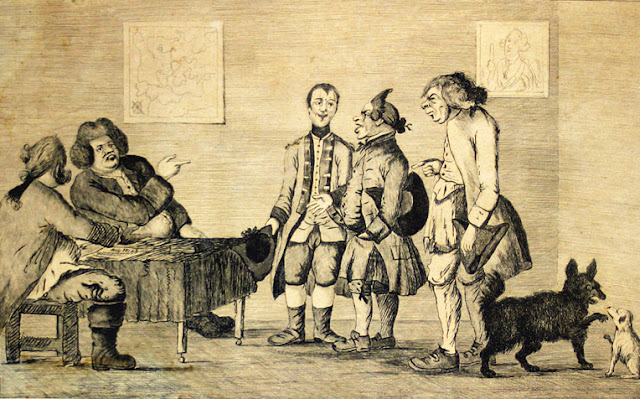 Opposition to the whiskey tax & the rebellion itself built support for the Republicans, which overtook Washington’s Federalist Party for power in 1802. But, of course, women could not vote in The United States of America until 1920.