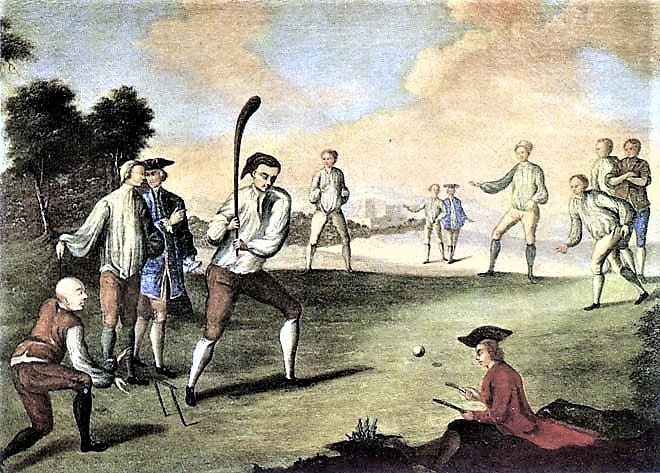 In the colony of Georgia, the Christmas holidays were celebrated with the playing of games & a bit of evening drinking. William Stephens (1671-1753) described the holidays in Savannah in 1742. He wrote: "How irregular so ever we may be in many things, very few were to be found who payd no regard to Xmas Holy days, and it was a slight which would ill please our Adversaries, had they seen what a number of hail young Fellows were got together this day, in, and about the Town, at Crickett, and such kinds of Exercise, nor did I hear of any disorders there guilty of over their Cups in the Evening.”

Stephens migrated from England to Savannah in 1737, to serve as secretary of Trustee Georgia. He became actively involved in the administrative & socioeconomic life of the colony, & served in the office of president from 1741 to 1751. Stephens sought to develop his Savannah estate into one of the leading coastal river plantations. His agricultural experiments included growing grapes for wine.