The Slave Experience of the Holidays in Early America 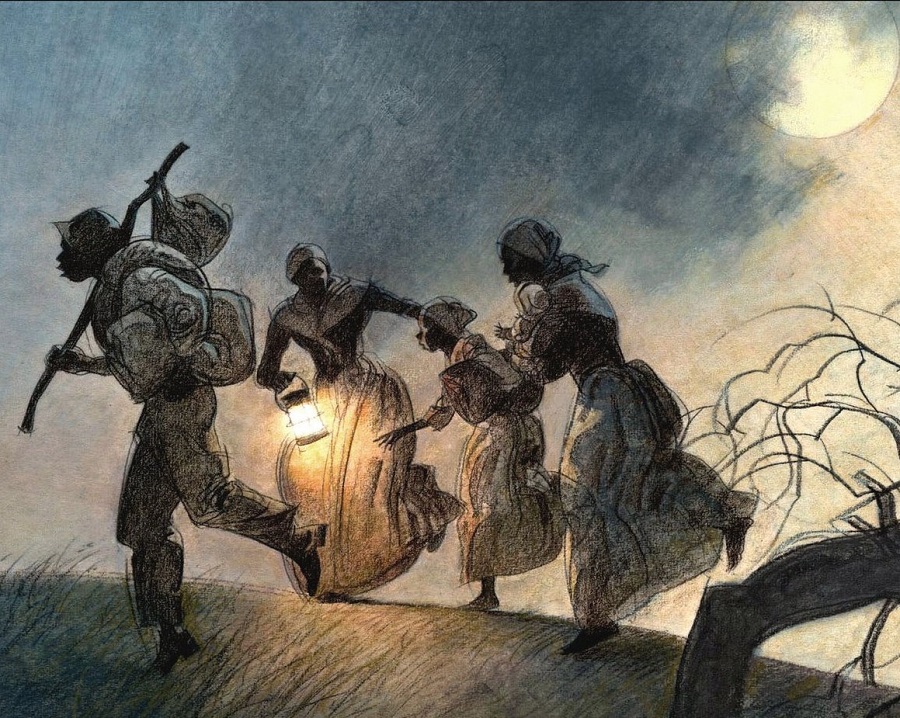 The Slave Experience of the Holidays
From Documenting the American South.University Library,
The University of North Carolina at Chapel Hill.

American slaves experienced the Christmas holidays in many different ways. Joy, hope, & celebration were naturally a part of the season for many. For other slaves, these holidays conjured up visions of freedom & even the opportunity to bring about that freedom. Still others saw it as yet another burden to be endured...

The prosperity & relaxed discipline associated with Christmas often enabled slaves to interact in ways that they could not during the rest of the year. They customarily received material goods from their masters: perhaps the slave's yearly allotment of clothing, an edible delicacy, or a present above & beyond what he or she needed to survive & work on the plantation.

For this reason, among others, slaves frequently married during the Christmas season. When Dice, a female slave in Nina Hill Robinson'sAunt Dice, came to her master"one Christmas eve, & asked his consent to her marriage with Caesar,"her master allowed the ceremony, & a"great feast was spread."Dice & Caesar were married in"the mistress's own parlor . . . before the white minister."More than any other time of year, Christmas provided slaves with the latitude & prosperity that made a formal wedding possible.

On the plantation, the transfer of Christmas gifts from master to slave was often accompanied by a curious ritual. On Christmas day,"it was always customary in those days to catch peoples Christmas gifts & they would give you something."Slaves & children would lie in wait for those with the means to provide presents & capture them, crying 'Christmas gift' & refusing to release their prisoners until they received a gift in return. This ironic annual inversion of power occasionally allowed slaves to acquire real power. Henry, a slave whose tragic life & death is recounted in Martha Griffith Browne'sAutobiography of a Female Slave, saved"Christmas gifts in money"to buy his freedom.

Some slaves saw Christmas as an opportunity to escape. They took advantage of relaxed work schedules & the holiday travels of slaveholders, who were too far away to stop them. While some slaveholders presumably treated the holiday as any other workday, numerous authors record a variety of holiday traditions, including the suspension of work for celebration & family visits. Because many slaves had spouses, children, & family who were owned by different masters & who lived on other properties, slaves often requested passes to travel & visit family during this time. Some slaves used the passes to explain their presence on the road & delay the discovery of their escape through their masters' expectation that they would soon return from their"family visit." Jermain Loguen plotted a Christmas escape, stockpiling supplies & waiting for travel passes, knowing the cover of the holidays was essential for success: "Lord speed the day!--freedom begins with the holidays!"These plans turned out to be wise, as Loguen & his companions are almost caught crossing a river into Ohio, but were left alone because the white men thought they were free men"who have been to Kentucky to spend the Holidays with their friends."

Harriet Tubman helped her brothers escape at Christmas. Their master intended to sell them after Christmas but was delayed by the holiday. The brothers were expected to spend the day with their elderly mother but met Tubman in secret. She helped them travel north, gaining a head start on the master who did not discover their disappearance until the end of the holidays.
Likewise, William & Ellen Crafts escaped together at Christmastime. They took advantage of passes that were clearly meant for temporary use. Ellen "obtained a pass from her mistress, allowing her to be away for a few days. The cabinet-maker with whom I worked gave me a similar paper, but said that he needed my services very much, & wished me to return as soon as the time granted was up. I thanked him kindly; but somehow I have not been able to make it convenient to return yet; &, as the free air of good old England agrees so well with my wife & our dear little ones, as well as with myself, it is not at all likely we shall return at present to the 'peculiar institution' of chains & stripes."

Christmas could represent not only physical freedom, but spiritual freedom, as well as the hope for better things to come. The main protagonist of Martha Griffin Browne's Autobiography of a Female Slave, Ann, found little positive value in the slaveholder's version of Christmas—equating it with"all sorts of culinary preparations"& extensive house cleaning rituals—but she saw the possibility for a better future in the story of the life of Christ: "This same Jesus, whom the civilized world now worship as their Lord, was once lowly, outcast, & despised; born of the most hated people of the world . . . laid in the manger of a stable at Bethlehem . . . this Jesus is worshipped now." For Ann, Christmas symbolized the birth of the very hope she used to survive her captivity.

Not all enslaved African Americans viewed the holidays as a time of celebration & hope. Rather, Christmas served only to highlight their lack of freedom. As a young boy, Louis Hughes was bought in December & introduced to his new household on Christmas Eve "as a Christmas gift to the madam." When Peter Bruner tried to claim a Christmas gift from his master, "he took me & threw me in the tan vat & nearly drowned me. Every time I made an attempt to get out he would kick me back in again until I was almost dead."

Frederick Douglass described the period of respite that was granted to slaves every year between Christmas & New Year's Day as a psychological tool of the oppressor. In his 1845 Narrative, Douglass wrote that slaves celebrated the winter holidays by engaging in activities such as"playing ball, wrestling, running foot-races, fiddling, dancing, & drinking whiskey."He took particular umbrage at the latter practice, which was often encouraged by slave owners through various tactics."One plan [was] to make bets on their slaves, as to who can drink the most whiskey without getting drunk; & in this way they succeed in getting whole multitudes to drink to excess."

In My Bondage & My Freedom, Douglass concluded that "[a]ll the license allowed [during the holidays] appears to have no other object than to disgust the slaves with their temporary freedom, & to make them as glad to return to their work, as they were to leave it." While there is no doubt that many enjoyed these holidays, Douglass acutely discerned that they were granted not merely in a spirit of charity or conviviality, but also to appease those who yearned for freedom, ultimately serving the ulterior motives of slave owners.
Posted by Barbara Wells Sarudy at 5:30 AM