1739 Christmas in Virginia - a "Mixture of Piety & Licentiousness" 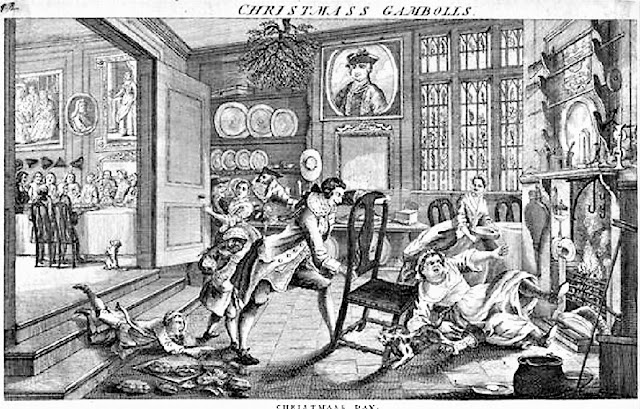 In December 1739, the Virginia Gazette briefly recounted a history of the holiday, noting that some Christians"celebrate this Season in a Mixture of Piety and Licentiousness in a pious Way only "behave themselves profusely and extravagantly alone." The last category was comprised of the many who "pass over the Holy Time, without paying any Regard to it at all." The writer concluded that "On the whole, they who will be over-religious at this Time, must be pardoned and pitied; they who are falsely religious, censured; they who are downright criminal, condemned; and the Little Liberties of the old Roman December, which are taken by the Multitude, ought to be overlooked and excused, for an Hundred Reasons."
Posted by Barbara Wells Sarudy at 4:00 AM