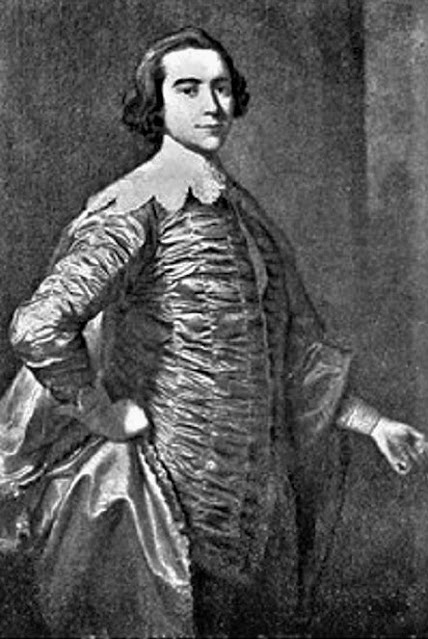 New Jersey-born Fithian experienced a religious conversion in 1766 & began attending Enoch Green's Presbyterian academy in Deerfield, New Jersey. In his junior year, he enrolled at the College of New Jersey (later Princeton University) at Princeton in 1770 & studied under John Witherspoon, the college's president & a prominent clergyman.
A diarist for much of his life, Fithian is known best for the journal he kept in Virginia from October 1773 to October 1774, while working as a tutor for Robert Carter (1728–1804) at his Westmoreland County mansion, Nomony Hall.
Back in New Jersey, the church assigned Fithian to a missionary tour of the Pennsylvania & Virginia back-country. Between May 1775 & February 1776 he preached to Scots-Irish Presbyterian congregations along the Susquehanna River & in the Shenandoah Valley.

Fithian's journal entry of Saturday, December 18, 1773: "Nothing is to be heard of in conversation, but the Balls, the Fox-hunts, the fine entertainments, and the good fellowship, which are to be exhibited at the approaching Christmas"? I almost think myself happy that my Horses lameness will be sufficient Excuse for my keeping at home on these Holidays.”

December 22, 1773, Fithian wrote: "Evening Mr. Carter spent in playing on the Harmonica. It is the first time I have heard the instrument. The music is charming! He played, 'Water Parted from the Sea.' "

Fithian noted on his first Christmas Day at Nomini Hall in 1773 that he “was waked this morning by guns fired all around the house…Before I was Drest, the fellow who makes the Fire in our School Room, drest very neatly in green, but almost drunk…our dinner was no otherwise than common, yet as elegant a Christmas Dinner as I ever set down to.”

Sunday, December 26, 1773, Fithian and the Carters went to church. The minister "preach'd from Isaiah 9.6 For unto us a child is Born &c. his sermon was fifteen Minutes long! very fashionable—," but few attended. On December 29 of that same year he wrote “we had a large Pye cut today to signify the conclusion of the Holidays.”

On this Christmas Day, 1773, Fithian wrote in his journal that he felt obliged to contribute to the "Christmas Box, as they call it." And so he gave money to the men & women who blacked his shoes, groomed his horse, made his bed, kindles fires in his bedroom & schoolroom, & waited on him at table.

Fithian left Carter's employ to become a Presbyterian missionary among the Scotch and Scotch-Irish Presbyterians in western Virginia. On Christmas Eve in 1775, Philip Fithian wrote in his diary from Staunton, Virginia: The Evening I spent at Mr. Guys--I sung for an Hour, at the good Peoples Desire, Mr. Watts admirable Hymns--I myself was entertaind; I felt myself improvd; so much Love to Jesus is set forth--So much divine Exercise.

His diary entry for December 25, 1775: Christmas Morning--Not A Gun is heard--Not a Shout--No company or Cabal assembled--To Day is like other Days every Way calm & temperate-- People go about their daily Business with the same Readiness, & apply themselves to it with the same Industry.
Posted by Barbara Wells Sarudy at 4:00 AM