Not so innocent Wassailing from house to house 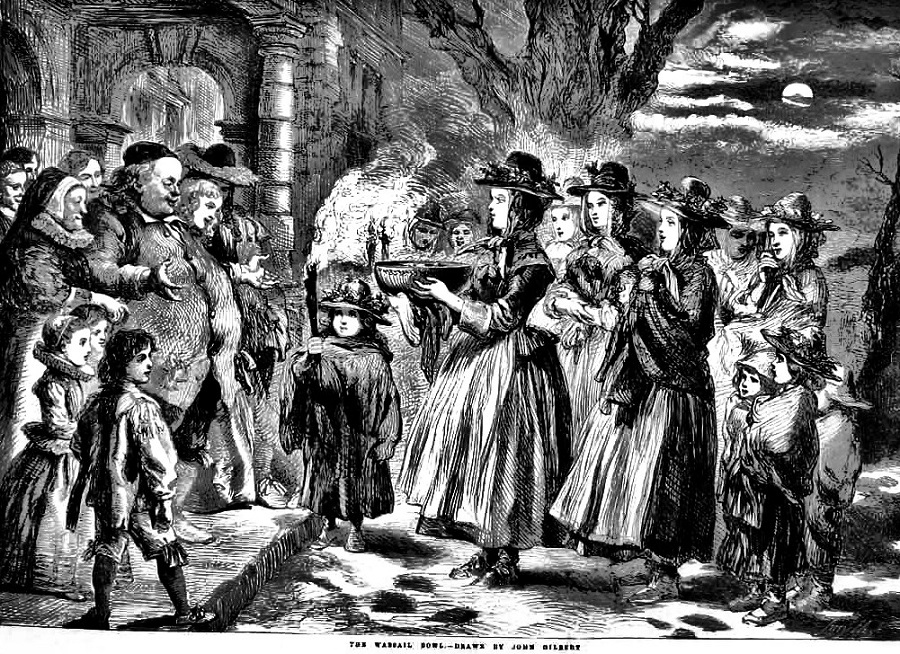 During this period,one day a year the Lord of the Manor would be expected to open the doors of the manor and ‘trade places’ with the peasantry. He’d be expected to let anyone in who asked and provide them with none but the finest of his food and drink. The master became the servant, and the servant the master. And while some did so generously, others did so begrudgingly, which was considered poor form. Should the rabble feel they were being stiffed on the good stuff, such as being served wine that was less than the best vintage, they might do a little damage as repayment.

Instead of consuming the intoxicating punch at home, wassailers went house to house offering a warm drink, sometimes expecting payment. A late 17C journalist wrote, "Wenches ...by their Wassels at New-years-tide ...present you with a Cup, and you must drink of the slabby stuff; but the meaning is, you must give them Moneys."

A report as early as 1631, associated wassailing with anti-enclosure protesters. The account noted that the wassailers "did with two rummes, two coulers, and one fife in a warlike and outrageoud manner assemble themselves, together armed with gunnes, pykes, halberds, and other weapons."

Soon wassailing in expectation of money or access began to reflect other manifestations of holiday "misrule" that characterized old English Christmas—an holdover from the ancient Romans. At the Roman winter festival of Saturnalia, & at Christmastide the Anglo-Saxons turned normal social relationships symbolically and temporarily upside down. Men and women might cross-dress and act the part of the opposite sex; school boys might bar their teachers from the schoolhouse; or a peasant might be named "Lord of Misrule." The wealthy were expected to share their bounty with poorer villagers and servants.

At Christmastide, the poor expected privileges denied them at other times, including the right to enter the homes of the wealthy, who feasted them from the best of their provisions. In exchange, the lord of the manor expected the goodwill of his people for another year. At these gatherings, the bands of roving wassailers often performed songs for the master while drinking his beer, toasting him, his family, his livestock, wishing continued health and wealth:
Again we assemble, a merry New Year
To wish each one of the family here....
May they of potatoes and herrings have plenty,
With butter and cheese, and each other dainty.

Not every song, however, expressed unreserved goodwill. Some conveyed threats of reprisals for bad treatment, a sentiment like the trick-or-treat of Halloween:
We have come to claim our right....
And if you don't open up your door,
We'll lay you flat upon the floor.

By the 18C, British folk Christmas alms-seeking rituals of mumming & wassailing involved a sanctioned reversal of social roles. These were sometimes accompanied by an air of suppressed menace, or led to open disorders. Earlier mummer and wassail undercurrents caused them to be regulated (masks were prohibited under Queen Elizabeth) or even banned at various times, as under Cromwell.

In December of 1742, this poem with advice for the gentry appeared in Benjamin Franklin's Poor Richard Improved,
Open to all his hospitable Door,
His Tennent’s Patron, Parent to the Poor:
In Friendships dear, discording Neighbours bind,
Aid the distress’d, and humanise Mankind:
Wipe off the sorrowing Tear from Virtue’s Eyes,
Bid Honesty oppress’d, again arise:
Protect the Widow, give the Aged Rest,
And blessing live, and die for ever blest.
In Christmas feasting pray take care;
Let not your table be a Snare;
But with the Poor God’s Bounty share.

And in 1754, Franklin's Poor Richard Improved almanac offered this advice,
Learning to the Studious; Riches to the Careful; Power to the Bold; Heaven to the Virtuous.
Now glad the Poor with Christmas Cheer; Thank God you’re able so to end the Year.

In 1757, Franklin's almanac advised
When other Sins grow old by Time,
Then Avarice is in its prime,
Yet feed the Poor at Christmas time.
Over time, Christmas developed into a night of carousing. In colonial America, servants and male children would go out and about on Christmas Eve, knocking on doors of the gentry and demanding good food and drink. Before long they’d be very drunk, and the carousing would continue all night, waking families from their sleep. Should these rowdies be refused, they might tear up an outbuilding, or vandalize a fence or other property. This behavior led to the celebration of Christmas being discouraged in many places, with some areas having penalties for not working on Christmas Day.

By 1772, misrule & social protests at Christmas hit New York City. A newspaper complained that the absence of "decency, temperance, and sobriety" at Christmas was so serious a matter that it belonged in the courts. The problem was caused by the "assembling of Negroes, servants, boys and other disorderly persons, in noisy companies in the streets, where they spend time in gaming, drunkenness, quarreling, swearing, etc. to the great disturbance of the neighborhood." Their behavior was "so highly scandalous both to religion and civil government, that it is hoped the Magistrates will interpose to suppress the enormity."

William Hone wrote in his Every Day Book:
January 5 – Eve of Epiphany.
At times, however, the practice of wassailing has degenerated into nothing short of armed home invasions. The banning of Christmas altogether in both England and the American colonies by the Puritans and Pilgrims were, in small part, a reaction to these and other excesses (certainly larger theological issues were at work which led to the English Civil War).

In the early 1800s in New York, prominent citizens were very concerned about such practices (which also featured such actions as gunfire, drunkenness, sexual licentiousness, excessive gambling, and riots. It was their desire to take Christmas off the streets and into the homes. The evolution of Christmas practices in those years was a direct result. One change was from "wassailing" (and a wassail bowl containing alcoholic beverages) to "caroling" (which was more likely rewarded with hot chocolate, cookies, and the like).

One manifestation of this, the tipping of servants—called "boxing" after the clay boxes with money slits English servants once used or their collections—also found its way to colonial America. English and Canadian calendars still mark Boxing Day as December 26, the traditional feast day of St. Stephen, and the concept survives wherever an employer gives a Christmas bonus or when we tip at the holiday those who render us services throughout the year. 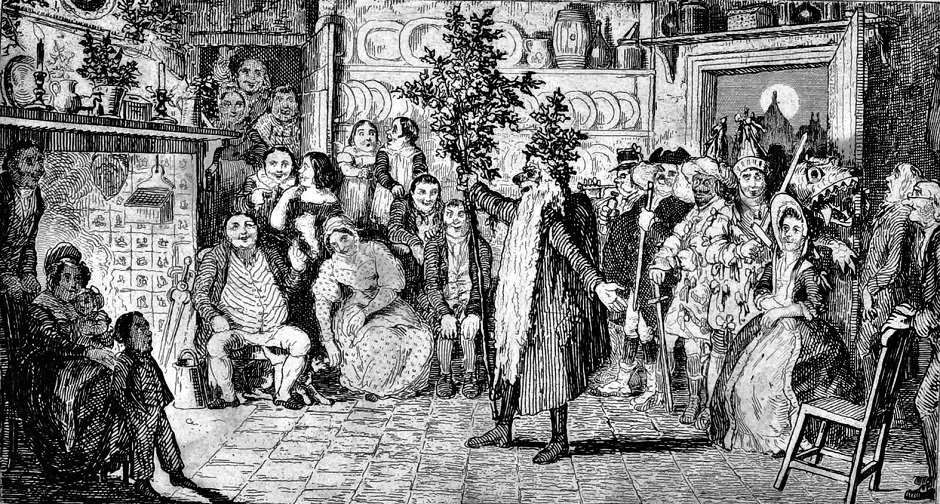 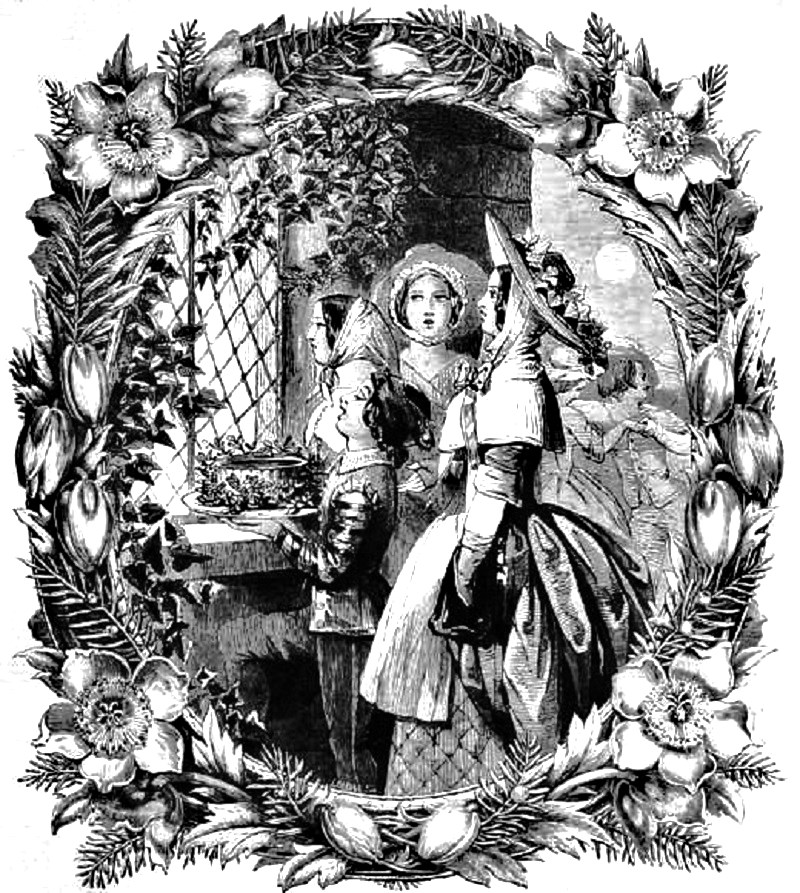 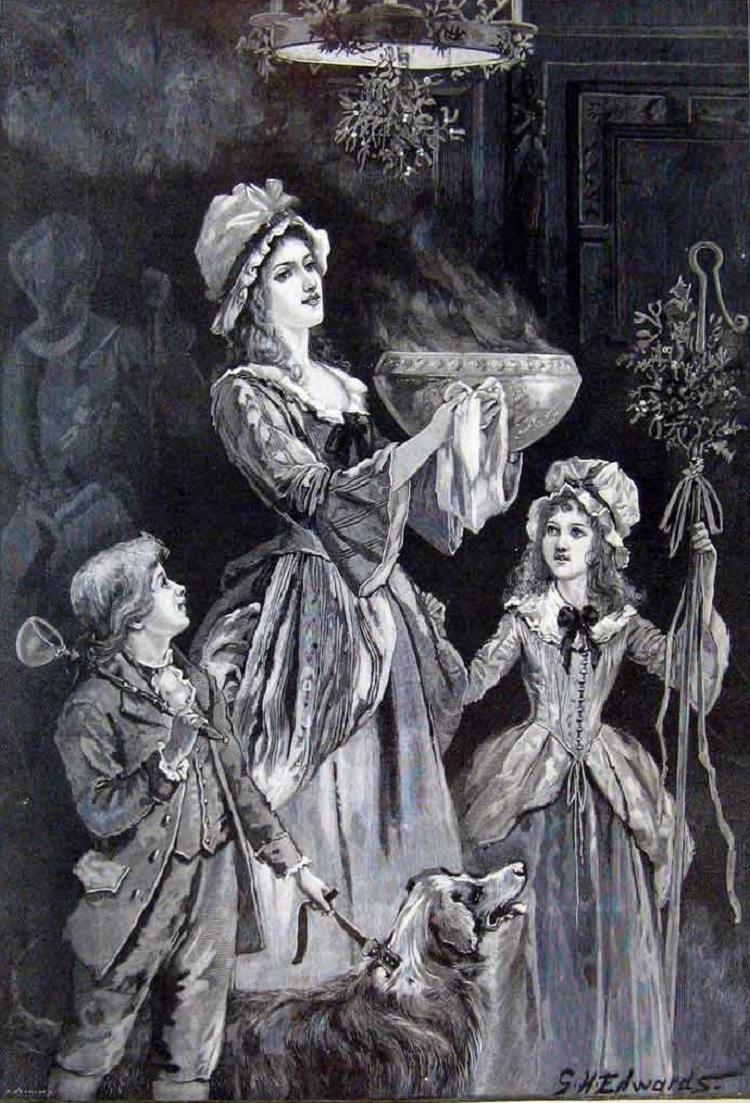 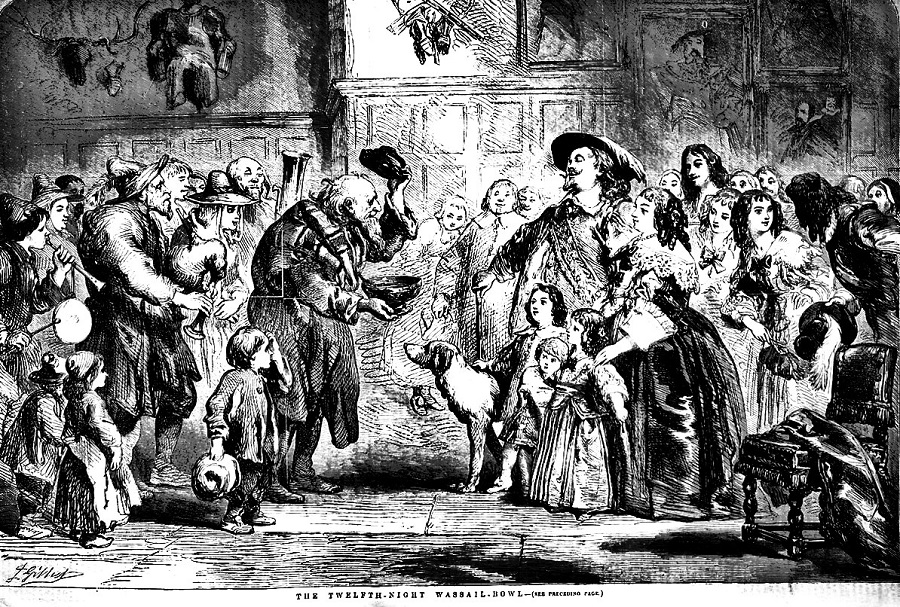