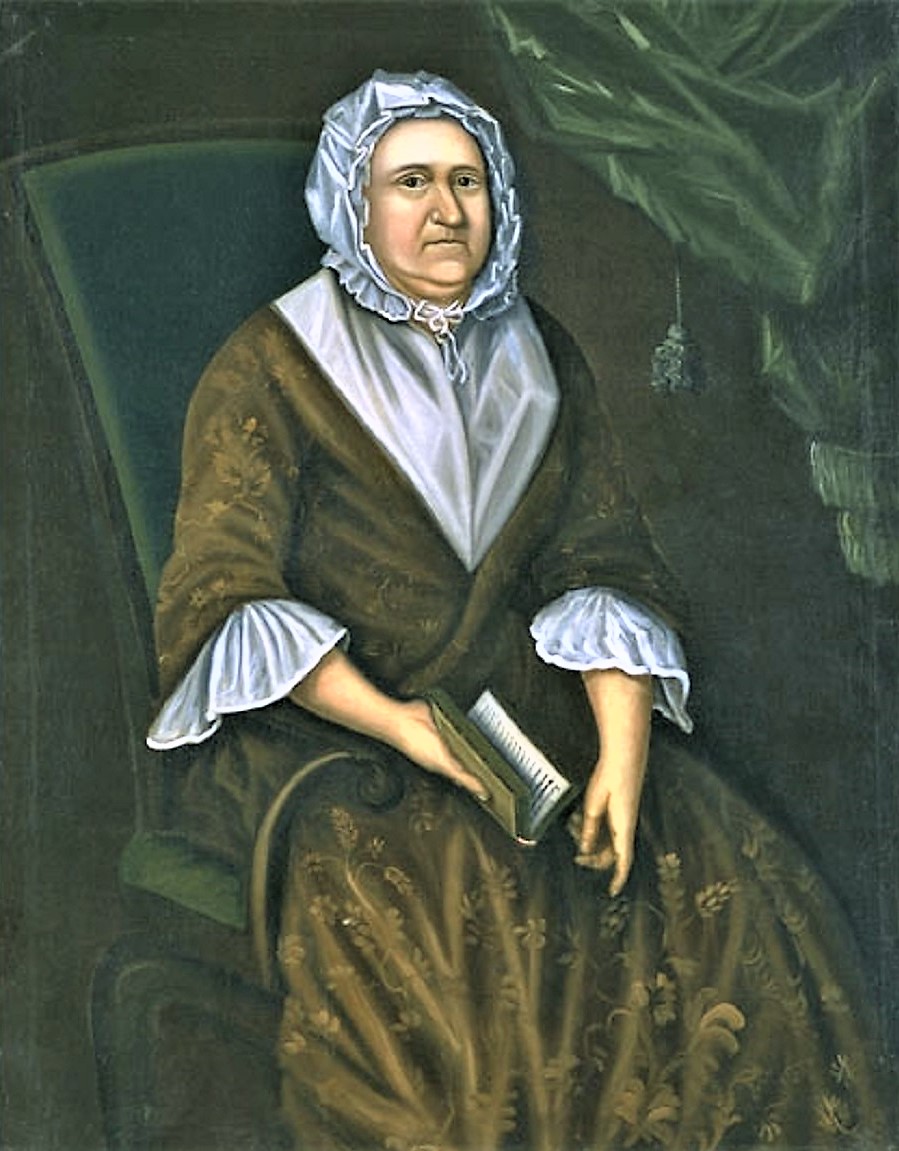 
The Worcester Museum tells us that Faith Savage Waldo was born on October 3, 1683, to Thomas (1640–1705) and Elizabeth Scottow Savage (1647–1714).  Her father was a merchant and a military officer who fought in King Philip’s War and, in 1690, led a regiment in Sir William Phips’s unsuccessful attack on the French in Canada. On August 28, 1711, she married Cornelius Waldo (1684–1753), a Boston merchant and distiller who owned land in Watertown, Worcester, Rutland, and Holden, Massachusetts as well as in Maine. At the time of their wedding, Faith Savage was pregnant with the first of the couple’s nine children.

Notably, Mrs. Waldo wears a "flower’d Damask" in this portrait. By 1737, her husband was advertising similar textile imports for sale. As the social historian Laurel Thatcher Ulrich has demonstrated, women at this time often participated in their husbands’ businesses; in this instance, it appears that Cornelius was active in and eventually took over, his wife’s enterprise.

Faith Savage Waldo died in Boston on February 3, 1760.
Posted by Barbara Wells Sarudy at 4:00 AM