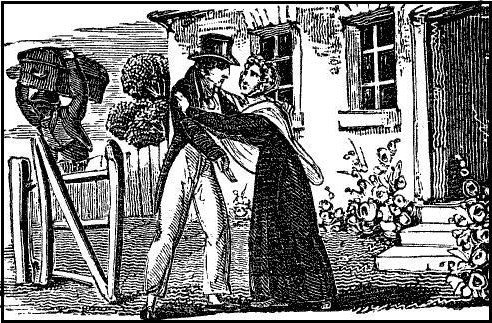 "Eleanor Stickney, the Wife of James Stickney of Hampstead in the Province aforesaid, having complained to the General Assenbly of said Province, that her said Husband had long neglected her and his Family, that he had cohabited with another Woman in a criminal Manner, and fearing a Prosecution, had travelled from said Hampstead, as the Complainant had been informed, to the Town of Srpingfield, in the Province of Massachusetts- Bay; and carried with him the said Woman, with whom he lived as with a Wife, and had entirely absented himself from this Complainant;

Wherefore the said Eleanor pray'd the Interposition of the General Assembly, that the Marriage Covenant between the said James and said Eleanor might be dissolved, &c. Upon which Petition 'twas ordered, that the said Petitioner be heard on the third Day of the sitting of the General Assembly next after the first Day of March next ensuing, and that the Petitioner cause the Order, with the Substance of said Petition, to be advertized in a publick Print three Weeks, thereby notifying the said James Stickney to appear and shew Cause why the Prayer of the said Petition should not be granted. Attest. Theaodore Atkinson."

The begin to explore the history of divorce in America, see:
Basch, Norma. Framing American Divorce: From the Revolutionary Generation to the Victorians. Berkeley: University of California Press, 1999.

Degler, Carl N. At Odds: Women and the Family in America from the Revolution to the Present. New York: Oxford University Press, 1980.