He says, she says - Early 18C English opposing views on the institution of marriage 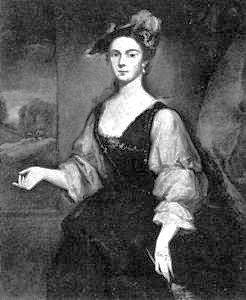 Lady Mary Chudleigh (1656-1710) was a woman ahead of her time, churning out feminist rhetoric, even as she lived her life within the rigid confines of 17C England.

To The Ladies
Wife and servant are the same,
But only differ in the name:
For when that fatal knot is ty’d,
Which nothing, nothing can divide:
When she the word obey has said,
And man by law supreme has made,
Then all that’s kind is laid aside,
And nothing left but state and pride:
Fierce as an eastern prince he grows
And all his innate rigor shows:
Then but to look, to laugh, or speak,
Will the nuptual contract break.
Like mutes, she signs alone must make,
And never any freedom take:
But still be govern’d by a nod,
And fear her husband as a God:
Him still must serve, him still obey,
And nothing act, and nothing say,
But what her haughty lord thinks fit,
Who with the power, has all the wit.
Then shun, oh! shun that wretched state,
And all the fawning flatt’rers hate:
Value yourselves, and Men despise:
You must be proud, if you’ll be wise. -Lady Mary Chudleigh

Mary Chudleigh was part of an intellectual circle that included Mary Astell, Elizabeth Thomas, Judith Drake, Elizabeth Elstob, Lady Mary Wortley Montagu, & John Norris. In her later years, she published a book of poetry (1703) & 2 books of essays, all dealing with feminist themes; 2 of her books went through 4 editions. Her poetry on human relationships has been anthologized & reprinted ever since.

Mary, the daughter of Richard Lee, was born in August of 1656, at Winslade in Devon, England. While she, like most women of her time, received little in the way of formal education, she read widely & educated herself in theology, science, & philosophy. Despite her strong feelings about women & marriage, she married Sir George Chudleigh of Ashton in Devon. They had at least 3 children: Eliza Maria, George (the next Sir George), Thomas. Little else is known about her life, except for the fact that her daughter must have died young, as her grief is mentioned in her letters & some poetry. Mary Chudleigh died in 1710. 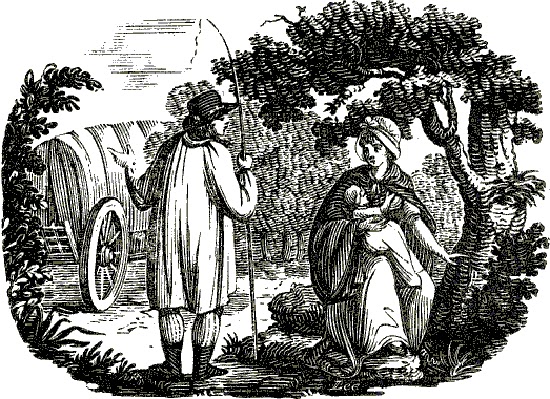 About 23 years after Chudleigh's death, a watchmaker, overjoyed with the death of his "disagreeable" wife, rated an article in the London Derby Mercury, Thursday 22 March 1733,  "Some Days ago a Watch-maker on Holbourn-Hill, gave an Entertainment to a great Number of Neighbours at the Globe-Alehouse, on the said Hill, upon the following merry Occasion, viz. He happened to have a Wife endowed with some Qualities, that were disagreeable to him; (which is many a poor Man’s Case) some time before this, his Wife happened to be taken ill, and he, upon talking of it with some of his Neighbours, had declared, that should it please God to take her from him, he would entertain them all very handsomely; and it coming to pass that she died of that Malady, he was as good as hid Word, and made all his Neighbours and Friends Partakers of his Joy, to the great Vexation of all the troublesome Wives in Town, who are afraid it may become a Custom for unfortunate Husbands to celebrate the Day of their Deliverance: And I cannot but say, that the Custom would be both just and convenient, providing it were made mutual, and that a good Wife, who is delivered from a bad Husband, be allowed to keep Festival upon the Day of her Deliverance, as well as a good Husband when he is set free from an unfit Yoke-fellow. Such a custom would make both Spouses more careful of their Conduct, and more Complaisant to each other, at least to all outward Appearance; and it would destroy that stupid Dissimulation, or rather Simulation (if I may be allowed to make use of the Word) which has been long used upon such Occasions."
.
For a contemporary English view of divorce in 1700 from a woman's perspective see, Some Reflections Upon Marriage, Occasioned by the Duke and Dutchess of Mazarine's Case; Which is Also Considered. by Mary Astell, Published by John Nutt, Stationers-Hall, London, 1700.
Posted by Barbara Wells Sarudy at 4:00 AM