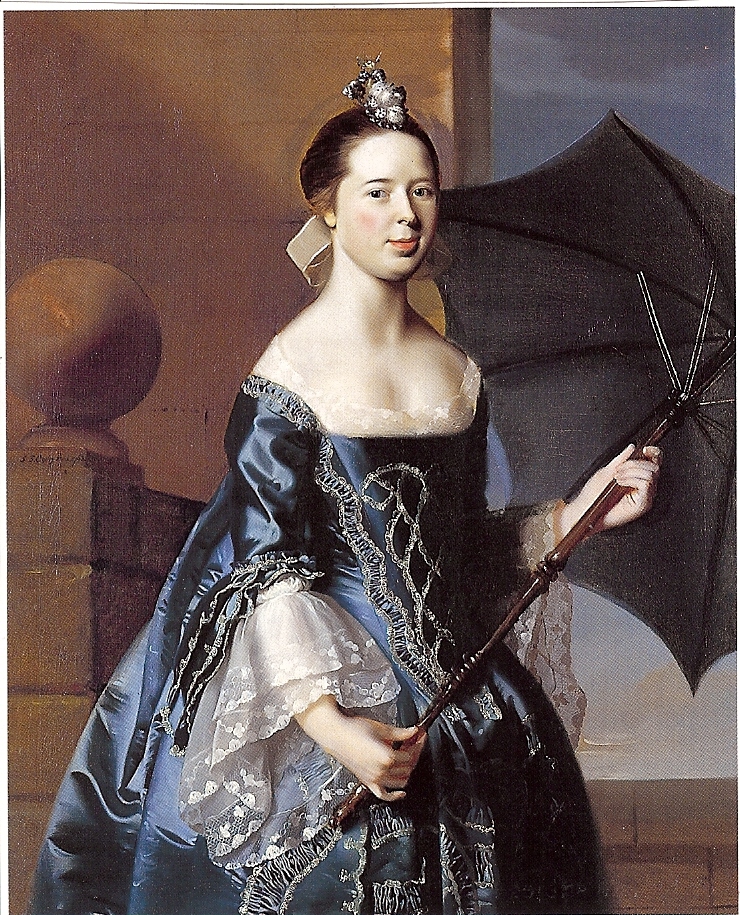 
When Mary Barton Toppan was born on August 12, 1744, in Salem, Massachusetts, her father, Bezalee Toppan, was 39, and her mother, Mary Willoughby, was 28. Mary married Col Benjamin Pickman II (1740-1819) on April 22, 1762, in her hometown. They had seven children in 22 years. She died on April 29, 1817, in Salem, Massachusetts, at the age of 72, and was buried there. A 19th century relative wrote of the family, "The family of Benjamin Pickman, consisting of three sons and three daughters, were a peculiarly dignified and impressive group. Col. Pickman himself was a high-toned gentleman, and his wife (Mary Toppan) had all the qualities of a high-born lady."  Benjamin Pickman II, one of the most important merchants in Salem, was a Loyalist, whose estates were confiscated by the Colonial government and who was forced to flee America for England, only returning to Salem in 1785, after the end of the Revolutionary War.
Posted by Barbara Wells Sarudy at 4:00 AM