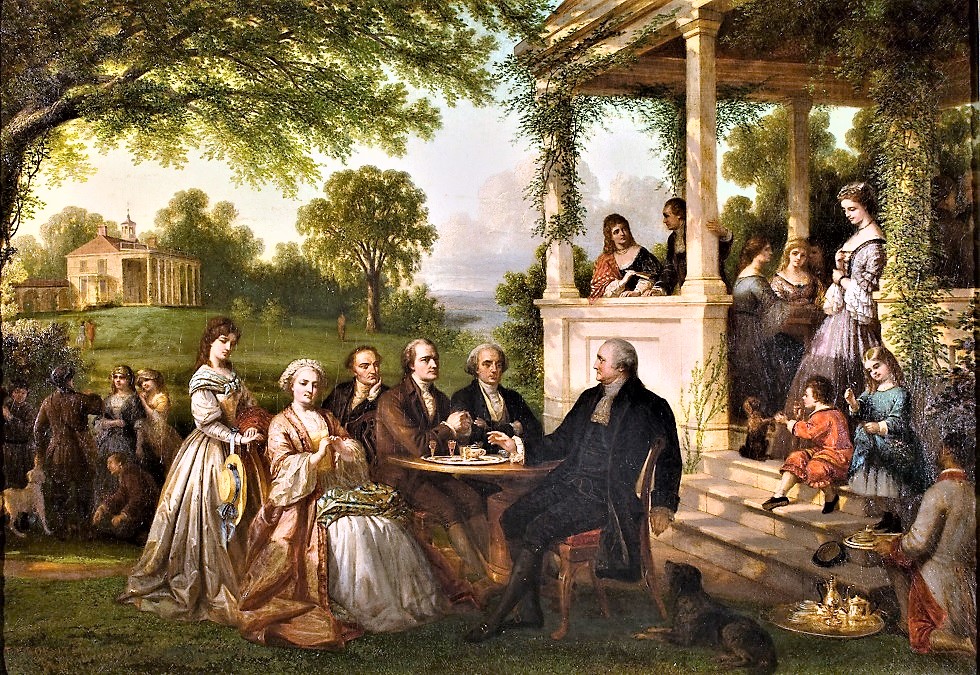 Until the end he & Mrs. Washington kept open house, & what a galaxy of company they had! Scarcely a day passed without some guest crossing their hospitable threshold, nor did such visitors come merely to leave their cards or to pay fashionable five-minute calls. They invariably stayed to dinner & most generally for the night; very often for days or weeks at a time. After the Revolution the number of guests increased to such an extent that Mount Vernon became "little better than a well-resorted inn."

Artists came to paint the great man's picture; the sculptor Houdon to take the great man's bust, arriving from Alexandria, by the way, after the family had gone to bed; the Marquis de Lafayette to visit his old friend; Mrs. Macaulay Graham to obtain material for her history; Noah Webster to consider whether he would become the tutor of young Custis; Mr. John Fitch, November 4, 1785, "to propose a draft & Model of a machine for promoting Navigation by means of a Steam"; Charles Thomson, secretary of the Continental Congress, to notify the General of his election to the presidency; a host of others, some out of friendship, others from mere curiosity or a desire for free lodging.

The visit of Lafayette was the last he made to this country while the man with whose fame his name is inseparably linked remained alive. He visited Mount Vernon in August, 1784, & again three months later. When the time for a final adieu came Washington accompanied him to Annapolis & saw him on the road to Baltimore. The generous young benefactor of America was very dear to Washington, & the parting affected him exceedingly. Soon after he wrote to the departed friend a letter in which he showed his heart in a way that was rare with him. "In the moment of our separation," said he, "upon the road as I travelled, & every hour since, I have felt all the love, respect, & attachment for you with which length of years, close connextion, & your merits have inspired me. I have often asked myself, as our carriages separated, whether that was the last sight I ever should have of you." 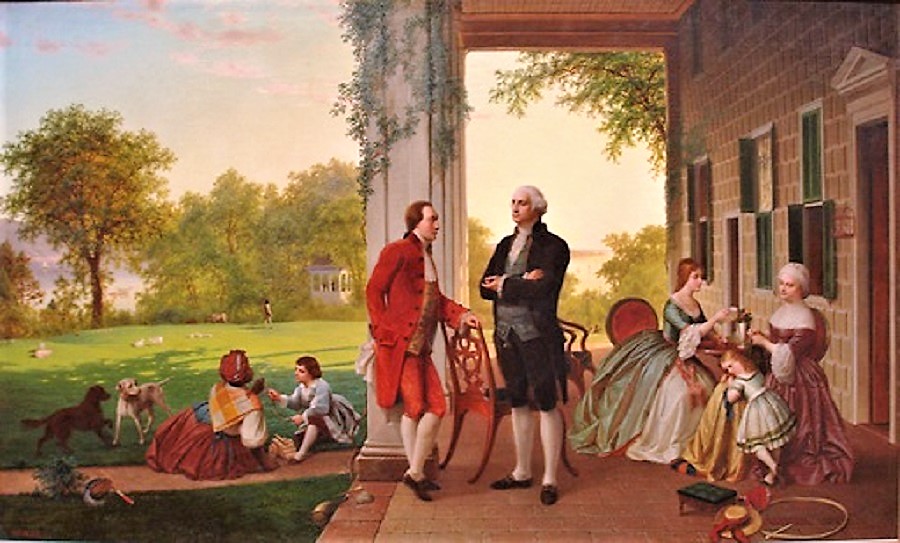 It was a true foreboding. Often in times that followed Washington was to receive tidings of his friend's triumphs & perilous adventures amid the bloody turmoil of the French Revolution, was to entertain his son at Mount Vernon when the father lay in the dark dungeons of Olmütz, but was never again to look into his face. Years later the younger man, revisiting the grateful Republic he had helped to found, was to turn aside from the acclaiming plaudits of admiring multitudes & stand pensively beside the Tomb of his Leader & reflect upon the years in which they had stood gloriously shoulder to shoulder in defense of a noble cause.

Even when Washington was at the seat of government many persons stopped at Mount Vernon & were entertained by the manager. Several times the absent owner sent wine & other luxuries for the use of such guests. When he was at home friends, relatives, diplomats, delegations of Indians to visit the Great White Father swarmed thither in shoals. In 1797 young Lafayette & his tutor, Monsieur Frestel, whom Washington thought a very sensible man, made the place, by invitation, their home for several months. In the summer of that year Washington wrote to his old secretary, Tobias Lear: "I am alone at present, & shall be glad to see you this evening. Unless some one pops in unexpectedly--Mrs. Washington & myself will do what I believe has not been done within the last twenty Years by us,--that is to set down to dinner by ourselves."

Washington was the soul of hospitality. He enjoyed having people in his house & eating at his board, but there is evidence that toward the last he grew somewhat weary of the stream of strangers. But neither then nor at any other time in his life did he show his impatience to a visitor or turn any man from his door. His patience, was sorely tried at times. For example, we find in his diary under date of September 7, 1785: "At Night, a Man of the name of Purdie, came to offer himself to me as a Housekeeper or Household Steward--he had some testimonials respecting his character--but being intoxicated, & in other respects appearing in an unfavorable light I informed him that he would not answer my purpose, but that he might stay all night." 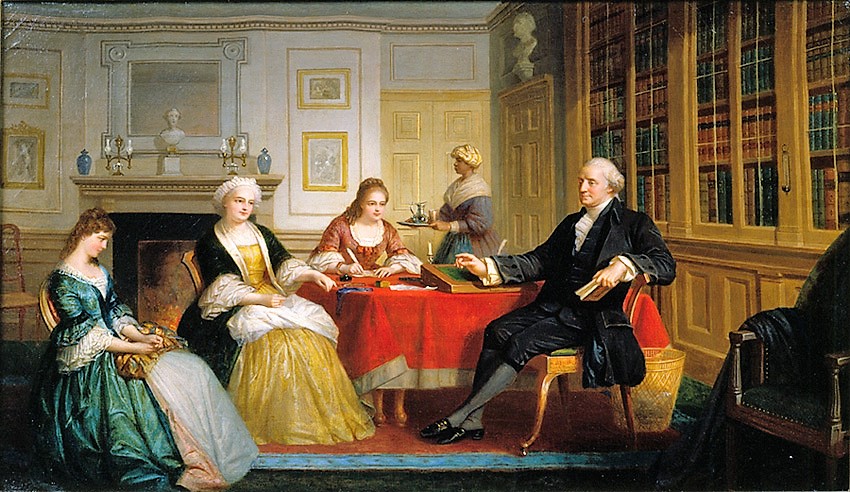 No matter how many visitors came the Farmer proceeded about his business as usual, particularly in the morning, devoting dinner time & certain hours of the afternoon & evening to those who were sojourning with him. He was obliged, in self-defense, to adopt some such course. He wrote: "My manner of living is plain, & I do not mean to be put out by it. A glass of wine & a bit of mutton are always ready, & such as will be content to partake of them are always welcome. Those who expect more will be disappointed."

After his retirement from the presidency he induced his nephew Lawrence Lewis to come to Mount Vernon & take over some of the duties of entertaining guests, particularly in the evening, as Washington had reached an age when he was averse to staying up late. Lewis not only performed the task satisfactorily, but found incidental diversion that led to matrimony.

Every visitor records that the Farmer was a kind & considerate host. Elkanah Watson relates that one bitter winter night at Mount Vernon, having a severe cold that caused him to cough incessantly, he heard the door of his chamber open gently & there stood the General with a candle in one hand & a bowl of hot tea in another. Doubtless George & Martha had heard the coughing & in family council had decided that their guest must have attention.