Geo Washington notes the Possible Excesses of Political Parties - Even tho Women could not Vote in the USA until 1920... 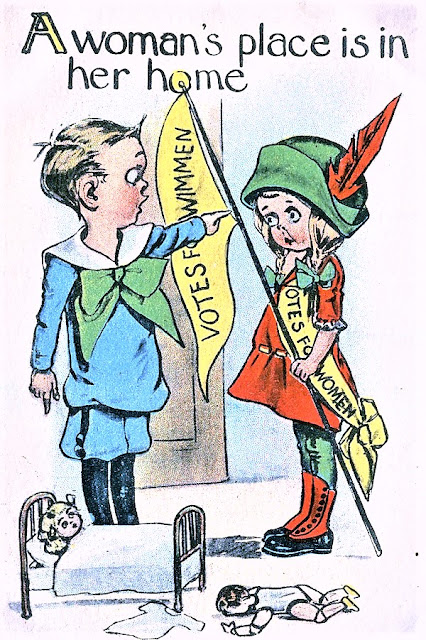 Women could read what worried President George Washington about the possible excesses of political parties in the new USA.  Although known as his "Farewell Address," Washington never spoke these words before an audience. The president arranged with David C. Claypoole, editor, & proprietor of Philadelphia's Daily American Advertiser to print his letter in the newspaper in September of 1796.

"The disorders & miseries which result gradually incline the minds of men to seek security & repose in the absolute power of an individual; & sooner or later the chief of some prevailing faction, more able or more fortunate than his competitors, turns this disposition to the purposes of his own elevation, on the ruins of public liberty.

"Without looking forward to an extremity of this kind (which nevertheless ought not to be entirely out of sight), the common & continual mischiefs of the spirit of party are sufficient to make it the interest & duty of a wise people to discourage & restrain it.

"It serves always to distract the public councils & enfeeble the public administration. It agitates the community with ill-founded jealousies & false alarms, kindles the animosity of one part against another, foments occasionally riot & insurrection. It opens the door to foreign influence & corruption, which finds a facilitated access to the government itself through the channels of party passions. Thus the policy & the will of one country is subjected to the policy & will of another."
Posted by Barbara Wells Sarudy at 4:00 AM