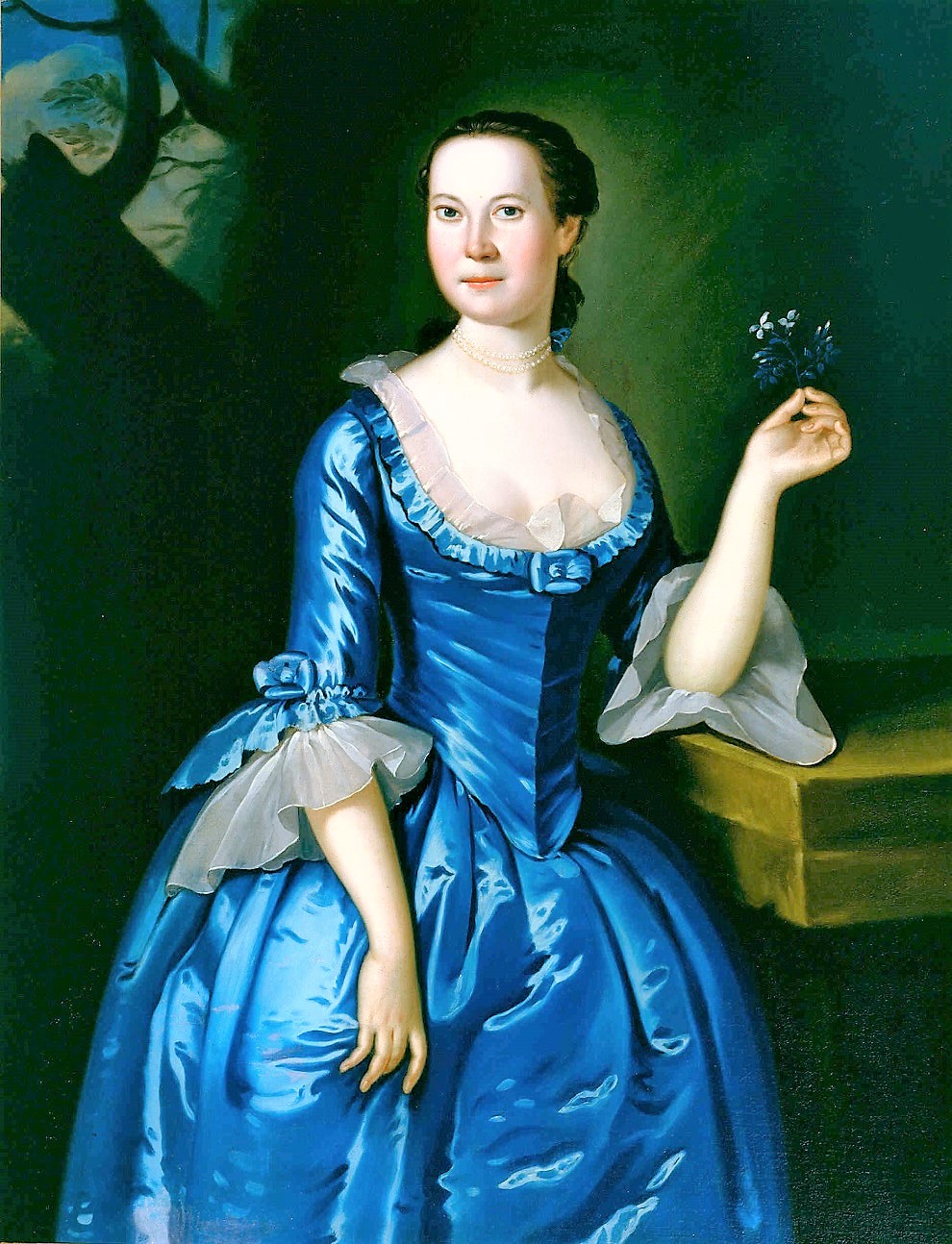 
Anna Dorothea Finney (1735-1817) grew up in New Castle, Delaware, the daughter of a wealthy physician and landowner of Irish descent named John Finney and his first wife Elizabeth (nee French), and lived in Amstel House, an eighteenth- century Georgian mansion (now one of New Castle's main tourist attractions), which her father had built in 1738. According to one source Anna fell in love with a young British officer. When he was killed in the French and Indian War, she resolved never to wed. Her father had other ideas and arranged her marriage to her first cousin John Finney, a farmer, justice of the peace, and elder in the Presbyterian Church in New London Township, in Chester County, Pennsylvania. In her later years Mrs. Finney became "a high and haughty dame, exercising centurion-like authority, prone to the issuing of orders and very vigilant and very determined in seeing that they were promptly and vigorously executed." When her son John Finney moved from New Castle to western Pennsylvania during the early nineteenth century, this portrait was "carried, wrapped around a flagstaff, across the mountains by a rider on horseback.
Artist John Hesselius (1728-1778) was one of the major American-born artists working in the Middle Colonies and the South in the third quarter of the 18C. The son of Gustavus Hesselius (1682-1755), a Swedish portrait painter who came to America in 1711.  His father was Gustavus Hesselius painted mostly in Maryland & Pennsylvania. John was probably born in Philadelphia. His earliest signed work is dated 1750.  It seems likely that Gustavus Hesselius was John Hesselius’s first instructor. John Hesselius also studied with Robert Feke & his early portraits are stylistically more similar to Feke’s. Hesselius latest signed work dates to 1777.
During his career, Hesselius traveled extensively in Virginia, Maryland, Delaware, Pennsylvania, & possibly in New Jersey. His work seems to have been confined to portraits. All known examples are in oil on canvas, & there is little reason to suspect that he deviated from this practice. He worked exclusively in the late English Baroque & English Rococo traditions of painting, & his style shows the influence of Robert Feke & John Wollaston more strongly than that of his father.
Hesselius married Mary Young Woodward, the widow of Henry Woodward, in 1763, & after that date his energies were divided between his art & the management of his plantation near Annapolis, Maryland. He was also active in the religious affairs of St. Anne’s Parish in Anne Arundel County, Maryland. His interests appear to have been many, & as an artist & landowner he associated with most of the leading citizens of the colony. Hesselius contributed to American painting, & he extended & modified the English tradition of painting in the Colonies.
Posted by Barbara Wells Sarudy at 4:00 AM