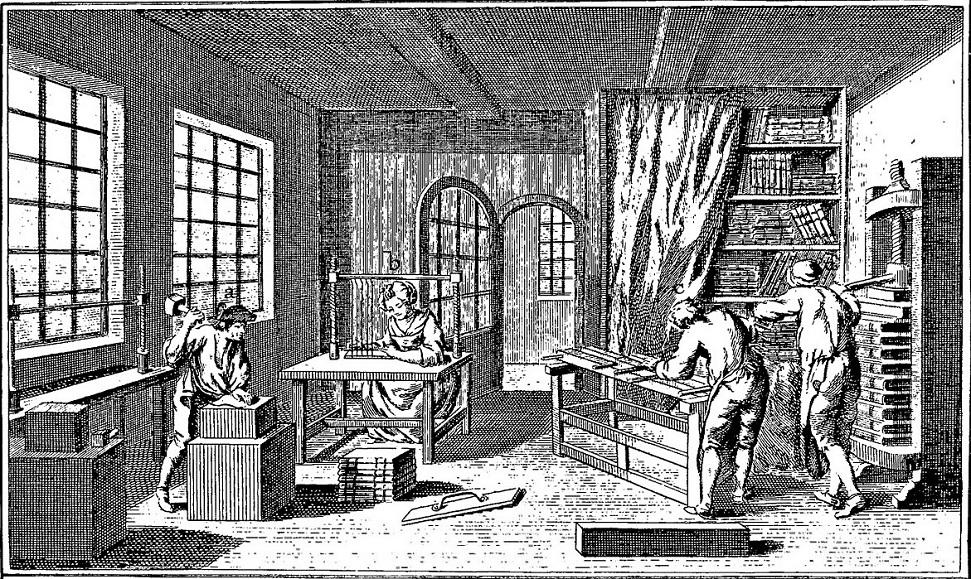 Women printers were active in 18C early America. The employment of women in the printing trades was well-regarded & fairly common at the time. Frequently, a woman would inherit a husband's printing business at the time of his death. As proprietors & purveyors of the printed word, women printers enjoyed a small but significant role in colonial America.

When her husband died, a widow was entitled to run his business. Often, but not always, this meant, that they oversaw the business, the workforce being unchanged. Such widows can be difficult to trace in primary sources, especially if they ran a business only for a short time before remarrying (when the business interests were transferred to the new husband). Many women helped their husbands to run their businesses but with no public recognition.

Cornelia Smith Bradford (d 1755) was a printer & newspaper editor located in Philadelphia. She is one of several American women known to have supported themselves as printers before the American Revolution. Born Cornelia Smith in New York City, Cornelia grew up in a family of comfortable means. She married Andrew Bradford, son of William Bradford, both printers. She was said to have been "remarkable for beauty & talents." Andrew owned a print shop in Philadelphia as well as the American Weekly Mercury newspaper, founded in 1719. Upon Andrew's death, Cornelia took over his printing press, shop, & management of his newspaper. In 1742/3, she hired Isaiah Warner as an assistant printer. From 1744, until the last issue of the Mercury on May 22, 1746, Cornelia was the sole editor & printer. In addition the newspaper, her print shop printed almanacs & various other publications. Cornelia was also a bookbinder & bookseller. She owned land in New York City, Philadelphia, & Germantown. In 1755, she died in Philadelphia & was buried in the Christ Church cemetery.
Posted by Barbara Wells Sarudy at 4:00 AM