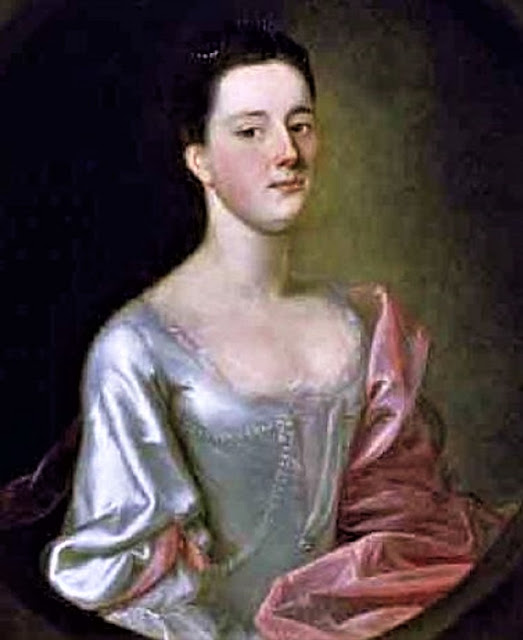 The San Antonio Museum of Art tells us that Anne Saltonstall was 22 years old when she posed for Joseph Blackburn, a British artist who spent a little over a decade working in the Colonies. Blackburn emphasizes her youth and vivacity through the delicate pinks that adorn his pretty sitter, from the blushes on her cheeks to the stomacher that peeps out from her elegant ivory bodice to the overwrap that falls off her left shoulder. The artist, who likely worked as a drapery painter in his native London before coming to the Colonies, was particularly skillful in rendering sumptuous clothing. Sitters like Anne Saltonstall became frothy fashion plates and helped Blackburn secure commissions on the island of Bermuda, in Portsmouth, New Hampshire; Newport, Rhode Island; Boston; and Connecticut, where he likely painted at least five of Anne’s family members. After the younger, native-born John Singleton Copley’s realism began to curry more favor with potential clients, Blackburn returned to England.
Posted by Barbara Wells Sarudy at 4:00 AM