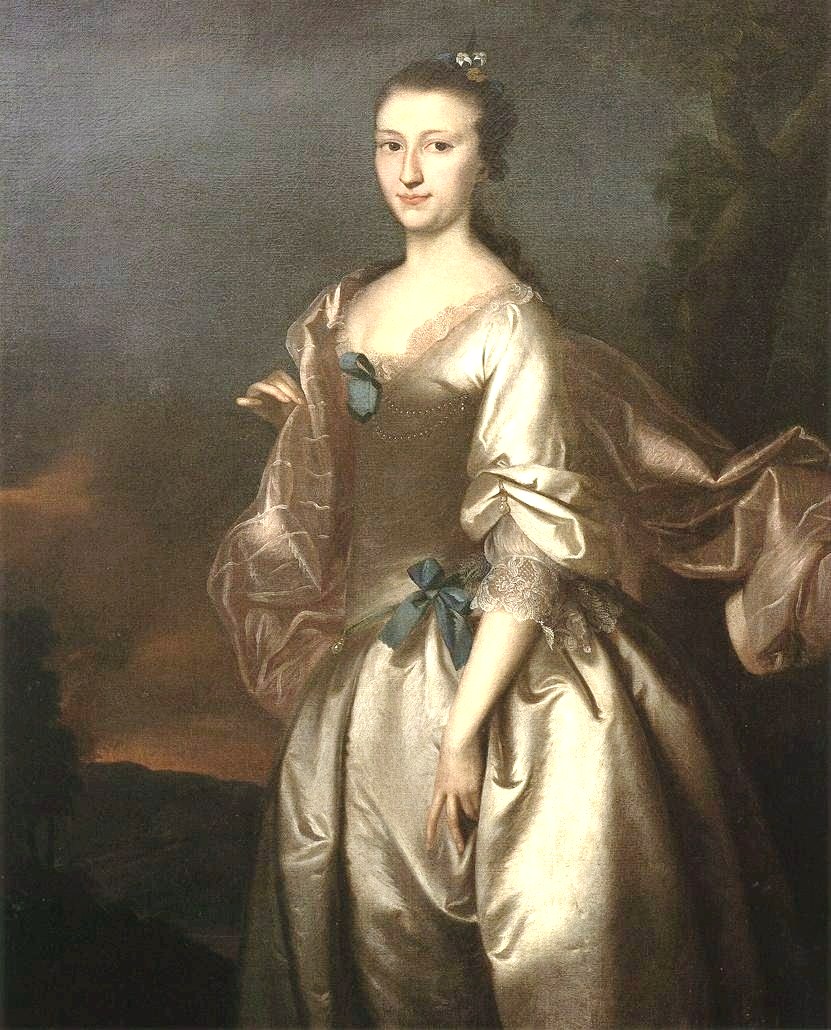 Reynolda House tells us that Joseph Blackburn completed his portrait of Elizabeth Browne Rogers in 1761 during the period of time that he spent in Portsmouth, New Hampshire. Portsmouth, a bustling seaport with several wealthy merchants, was Elizabeth’s home; her father was a prominent Anglican rector there. Blackburn’s portrait was most likely commissioned to mark Betsey’s wedding to Major Robert Rogers, a dashing military hero who had swept Betsey off her feet during a visit to Portsmouth.

Elizabeth’s marriage to Robert Rogers was, in fact, fruitful (they had one son, Arthur), but it was not happy. Rogers was often absent on military assignments and expeditions, leaving Elizabeth with her parents in Portsmouth. In 1766, Elizabeth took the drastic step of traveling west all the way to Rogers’s post at Fort Michilamakanac in present-day Michigan. Her time, there, though, was markedly unhappy; she accused Rogers of ignoring and mistreating her. In 1767, the couple’s problems were compounded, when Rogers was accused of treason to the British crown. Elizabeth and Robert were again separated during his prison term while he awaited trial in Montreal. Although he was later acquitted, the accusations of treason and Elizabeth’s suspicions of her husband’s infidelities had taken their toll. In 1778, she appealed to the colony of New Hampshire for a divorce from her husband. It was granted later that year.  See: Wambeke, Ann Marie. “Robert and Elizabeth Rogers: The Dissolution of an Early American Marriage,” in Brunsman, Denver, and Joel Stone, eds., Revolutionary Detroit: Portraits in Political and Cultural Change, 1760-1805. Detroit: Detroit Historical Society [2009]
Posted by Barbara Wells Sarudy at 4:00 AM