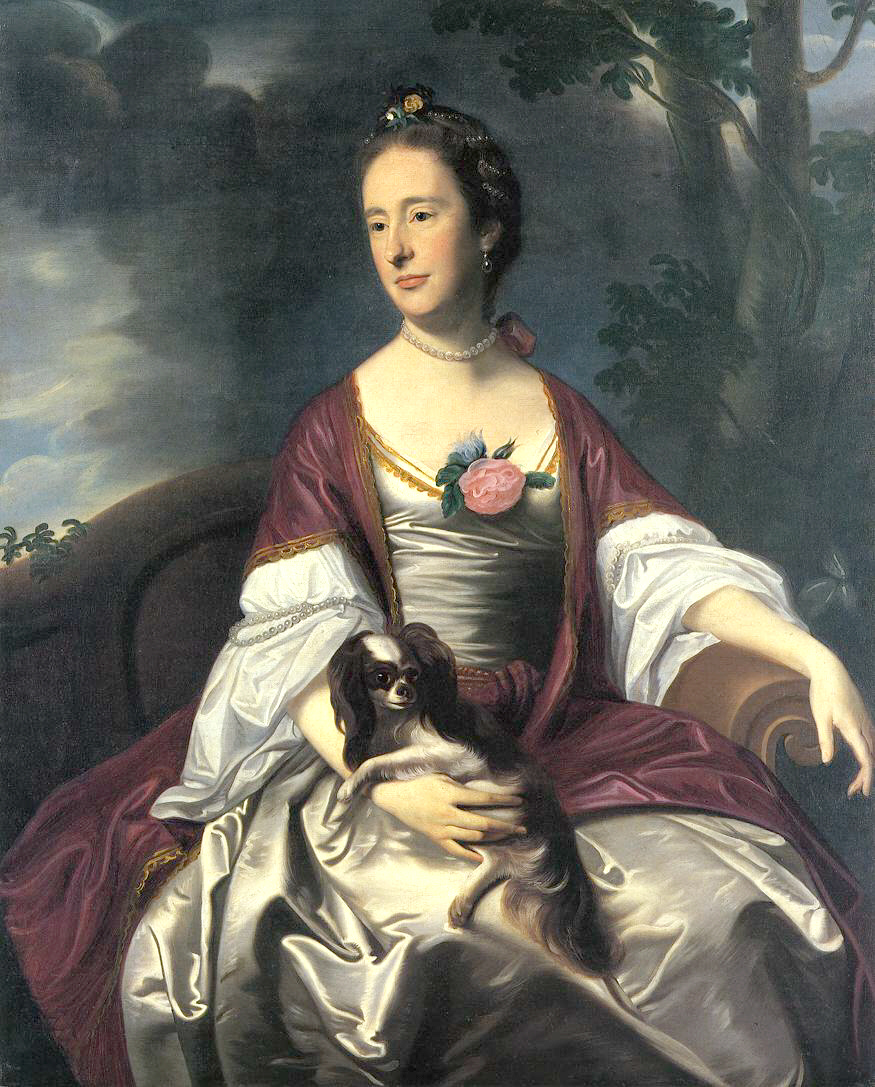 
Mary Sherburne (1735–1799) was the daughter of Joseph Sherburne (23.143) by his marriage to Mary Watson in 1734. As her father's sole heir, she received a substantial fortune. In 1763, she married Jerathmael Bowers, a wealthy and prominent Quaker living in Swansea, Massachusetts. They had one son and three daughters. This portrait is based on a British mezzotint by James McArdell, after a portrait of Lady Caroline Russell painted by Sir Joshua Reynolds in 1759. Copley followed this model with precision, substituting the face of the sitter for that of Lady Russell. Tradition has it that the portrait was painted about the time of the sitter's marriage in 1763.
Posted by Barbara Wells Sarudy at 4:00 AM