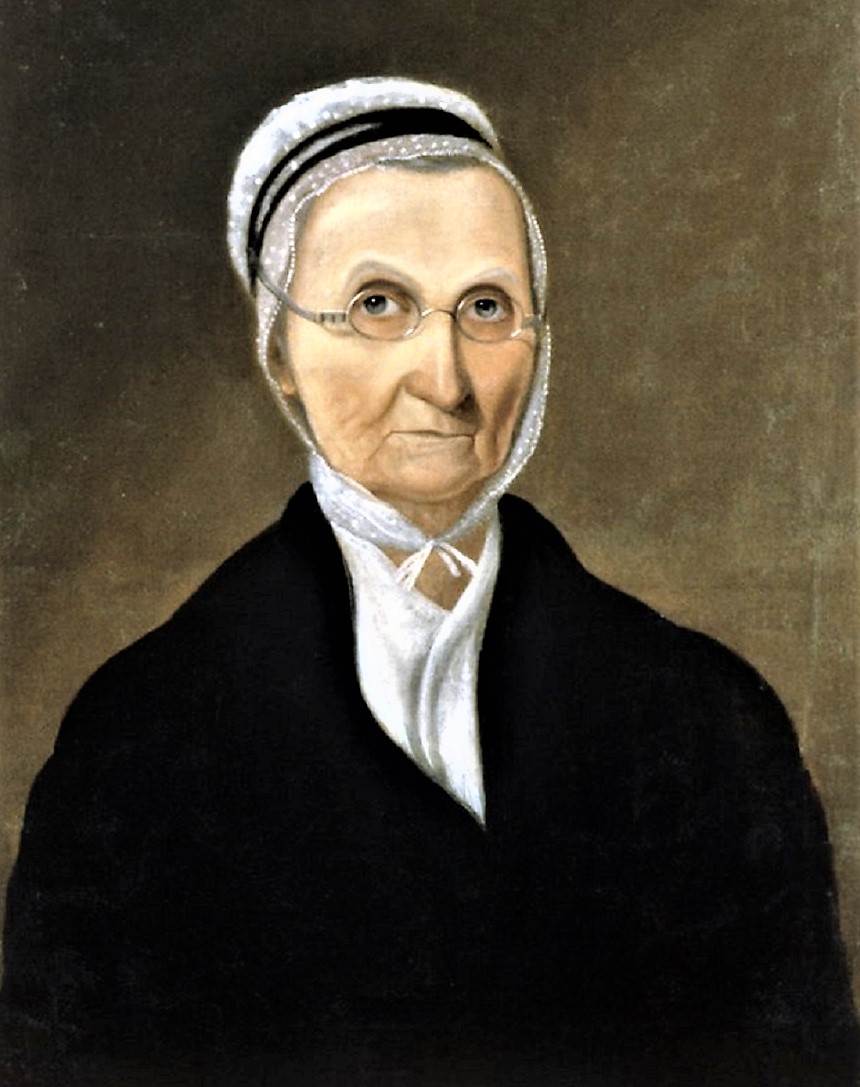 Lucy Meriwether Lewis Marks made an indirect but important contribution to the Lewis and Clark Expedition’s outcome. Meriwether Lewis’s extensive knowledge of herbs, wild plants and their medicinal properties led her to be renowned for her herbal doctoring. And she passed what she knew along to her son. She encouraged young Meriwether’s interest in plants and wildlife.

Lucy Thornton Meriwether was born in Albemarle County on February 4, 1752.  She was the daughter of Col. Thomas and Elizabeth Thornton Meriwether. Thomas Meriwether's (1714-1756)  home was at “Clover Fields." Thomas continued to purchase land to add to the land gifted to him by his grandfather, until his total land holdings were 9,000 acres spread over several estates.  He married Elizabeth Thornton in 1735 and that same year, “he had 11 slaves, 2 horses, a plow and farm implements, 18 head of cattle and over 100 hogs, sows and pigs on his Totier Creek property. His wife, Elizabeth Thornton (1717-1794). Together, they had 11 children. Following her husband’s death, Elizabeth married Robert Lewis of “Belvoir” who later became Lucy’s father-in-law as well as her step-father.

In 1768 or 1769, when Lucy was either 16 or 17, she married her step-brother and first cousin-once-removed 35 year old William Lewis. William Lewis (1735 - 1779) had grown up in great prosperity as his father owned 21,600 acres in the Albemarle County area as well as an interest in 100,000 acres in Greenbrier County (now West Virginia. Upon his father’s death in 1765, William Lewis inherited “Locust Hill” and 1,896 acres on Ivy Creek (600 of which he later sold) and the slaves to work it. He probably built the house during the 3 years between his inheritance and his marriage.William Lewis was a lieutenant in the Virginia militia and served in the Continental Army during the American Revolution.* Thus, like many of the men in Lucy’s family, he was away from home for long periods, leaving Lucy to manage his plantation of over 1,600 acres. William Lewis died in the autumn of 1779. On his way home from army duty, he crossed the Rivanna River when it was in flood and his horse was swept away and drowned. He swam ashore and managed to get to “Clover Fields”, the Meriwether family home, but as a result of the ordeal, he came down with a bad chill and died of pneumonia. He was buried at “Clover Fields.”

Lucy was locally famous as a “yarb” or herb doctor. Lucy’s type of doctoring was called “Empiric” and based on practical experience. She was folk practitioner – a job often filled by women.  She traveled throughout Albemarle County by horseback caring for the sick well into her early eighties. Perhaps she learned medicine from her father, also known as a healer, and her brother Francis, who was a “Regular” or formally-trained doctor. Lucy may have grown medicinal plants in her garden at “Locust Hill” and collected them in the wild as well. Her famous son, Meriwether Lewis, relied on the skills he had learned from his mother when he treated himself and others on the Lewis and Clark expedition. Her son John attended medical school. Some accounts also refer to her son Reuben as a doctor, though it is likely that he was “yarb” doctor like Lucy rather than a “regular” doctor like his brother John. Lucy remained active in her doctoring into her eighties, according to family accounts, even in old age, she continued to ride on horseback around the countryside visiting the sick, both slave and free.
Posted by Barbara Wells Sarudy at 4:00 AM