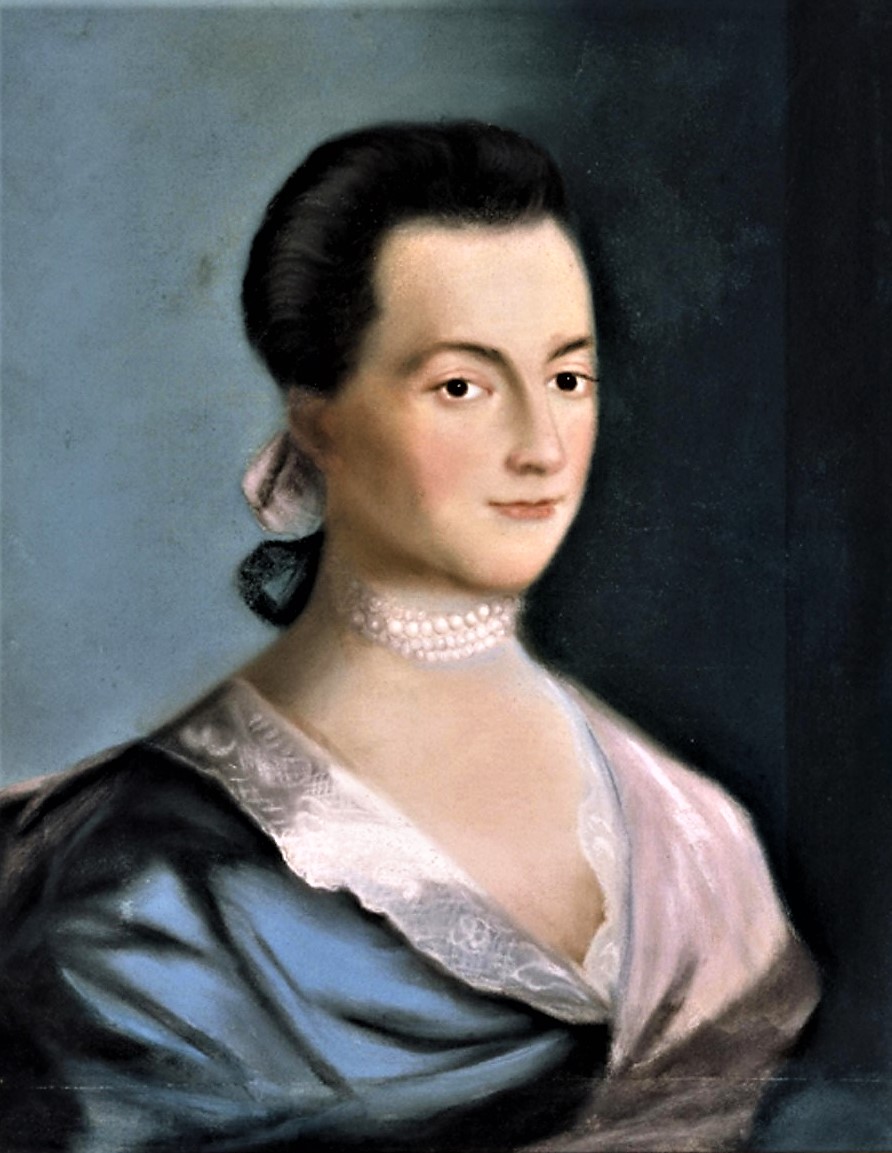 "This lady (Mme Helvétius) I dined with at Dr. Franklin's. She entered the room with a careless, jaunty air; upon seeing ladies who were strangers to her, she bawled out: “Ah! mon Dieu, where is Franklin? Why did you not tell me there were ladies here?” You must suppose her speaking all this in French. “How I look!” said she, taking hold of a chemise made of tiffany, which she had on over a blue lute-string, and which looked as much upon the decay as her beauty, for she was once a handsome woman; her hair was frizzled; over it she had a small straw hat, with a dirty gauze half-handkerchief round it, and a bit of dirtier gauze, than ever my maids wore, was bowed on behind. She had a black gauze scarf thrown over her shoulders. She ran out of the room; when she returned, the Doctor entered at one door, she at the other; upon which she ran forward to him, caught him by the hand: “Hélas! Franklin;” then gave him a double kiss, one upon each cheek, and another upon his forehead. When he went into the room to dine, she was placed between the Doctor and Mr. Adams. She carried on the chief of the conversation at dinner, frequently locking her hand into the Doctor's, and sometimes spreading her arms upon the backs of both the gentlemen's chairs, then throwing her arm carelesly upon the Doctor's neck.

"I should have been greatly astonished at this conduct if the good Doctor had not told me that in this lady I should see a genuine Frenchwoman, wholly free from affectation or stiffness of behaviour, and one of the best women in the world. For this I must take the Doctor's word, but I should have set her down for a very bad one, although sixty years of age, and a widow. I own I was highly disgusted, and never wish for an acquaintance with any ladies of this cast. After dinner she threw herself upon a settee, where she showed more than her feet. She had a little lap-dog, who was, next to the Doctor, her favorite. This she kissed, and when he wet the floor she wiped it up with her chemise. This is one of the Doctor's most intimate friends, with whom he dines once every week, and she with him. She is rich, and is my near neighbour, but I have not yet visited her. Thus you see, my dear, that manners differ exceedingly in different countries. I hope, however, to find amongst the French ladies manners more consistent with my ideas of decency, or I shall be a mere recluse."