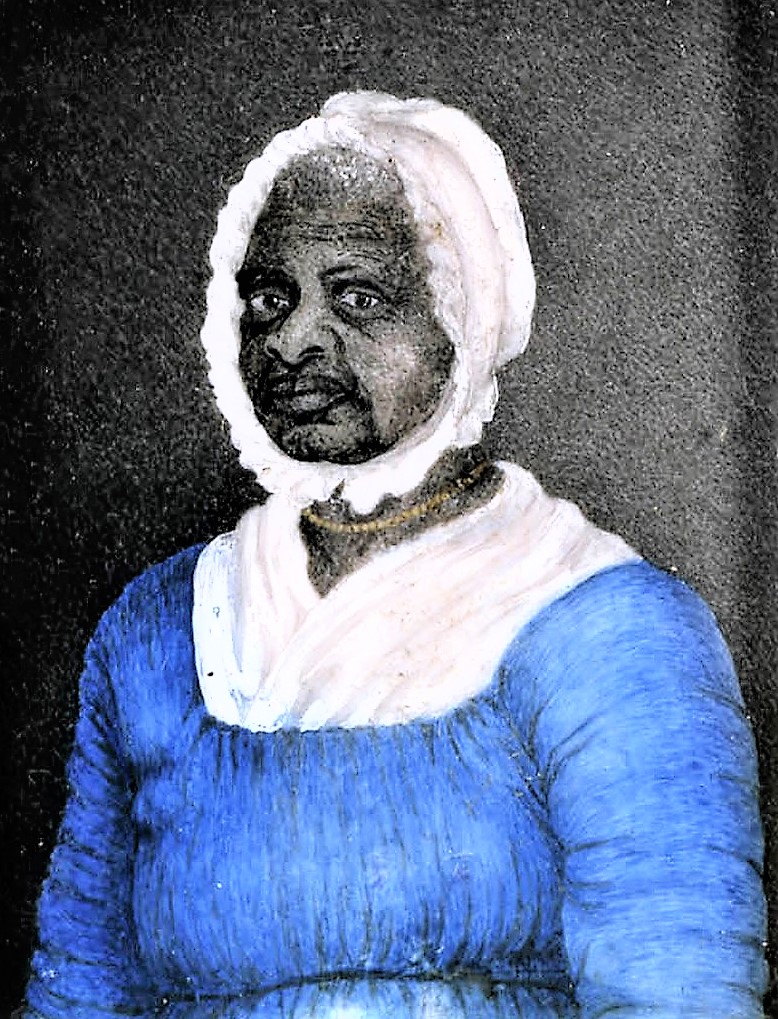 Elizabeth Freeman ("Mumbet") was born a slave around 1742. She was raised, along with her younger sister Lizzie, in Claverack, Columbia County, New York (about 20 miles south of Albany). Her owner, a Dutchman named Pieter Hogeboom, gave the two girls to Sheffield, Massachusetts, resident John Ashley, when he married Hogeboom's daughter Annetje.

In 1781, as the American Revolution raged, a Massachusetts slave named Bett approached abolitionist lawyer Theodore Sedgwick asking him to help her sue for her freedom. Bett had endured mistreatment at the hands of her master’s wife—including a blow from a hot kitchen shovel that left her with a burn on her arm—and she was determined to never return to their house again. To back up her case for emancipation, she cited a surprising source: Massachusetts’ newly inked constitution, which included a passage stating that all the state’s residents were “born free and equal.”

Whatever the reason, Mumbet turned in 1781 to Theodore Sedgwick, a prominent Stockbridge attorney, to help secure her freedom. Sedgwick took the case, and later argued in county court that Massachusetts’ constitution nullified any previous laws supporting slavery.  Legal action began in the spring of 1781, when Mumbet (and another slave man known as Brom) brought a suit for freedom against John Ashley. Brom & Bett v. John Ashley, Esq. would turn into one of the most important legal cases in Massachusetts history. When John Ashley refused a writ of replevin (a court order to return or release unlawfully obtained property), he was ordered to appear before the Court of Common Pleas in Great Barrington on 21 August 1781. Sedgwick's principal argument stated that slavery was inherently illegal under the newly ratified Massachusetts Constitution, which stated that:  "All men are born free and equal, and have certain natural, essential, and unalienable rights; among which may be reckoned the right of enjoying and defending their lives and liberties; that of acquiring, possessing, and protecting property; in fine, that of seeking and obtaining their safety and happiness."

This section of the state constitution has since been altered to explicitly forbid discrimination on the basis of "sex, race, color, creed or national origin." The jury found Sedgwick's arguments convincing, and both Mumbet and Brom were set free. John Ashley was also instructed to pay thirty shillings in damages plus trial costs.

Ashley initially appealed this decision to the Supreme Judicial Court of Massachusetts, the highest court in the Commonwealth; however, he dropped his appeal before it came before the court, presumably because of the intervening decisions in the Quock Walker trials, which made it clear that no court in Massachusetts would ever find slavery legal under the new Constitution.

It was one of the first times that a slave successfully won emancipation in court, and along with another case involving a man named Quok Walker, it helped set a precedent that saw Massachusetts abolish slavery in 1783.

Mumbet became a paid servant in the household of her attorney Theodore Sedgwick, and Sedgwick's youngest daughter, Catharine Maria, wrote a draft account of Mumbet's life, that was published under the title "Slavery in New England," in Bentley's Miscellany in 1853.

Mumbet remained a beloved paid servant of the Sedgwick family for the rest of her life. In one famous incident, she single-handedly defended the Sedgwick house from a small mob of rebels during Shays' Rebellion in 1787 (Sedgwick himself was away from home working to end the rebellion).
Mumbet was eventually able to achieve a small level of financial independence, even buying her own house before her death in 1829. She is the only non-Sedgwick buried in the "inner circle" of the Sedgwick family plot in Stockbridge, Massachusetts. Her epitaph reads:  Her epitaph reads: "Elizabeth Freeman, known by the name of Mumbet died Dec. 28 1829. Her supposed age was 85 years. She was born a slave and remained a slave for nearly 30 years. She could neither read nor write, yet in her own sphere she had no superior nor equal. She neither wasted time, nor property. She never violated a trust, nor failed to perform a duty. In every situation of domestic trial, she was the most efficient helper, and the tenderest friend. Good mother fare well."
Posted by Barbara Wells Sarudy at 4:00 AM