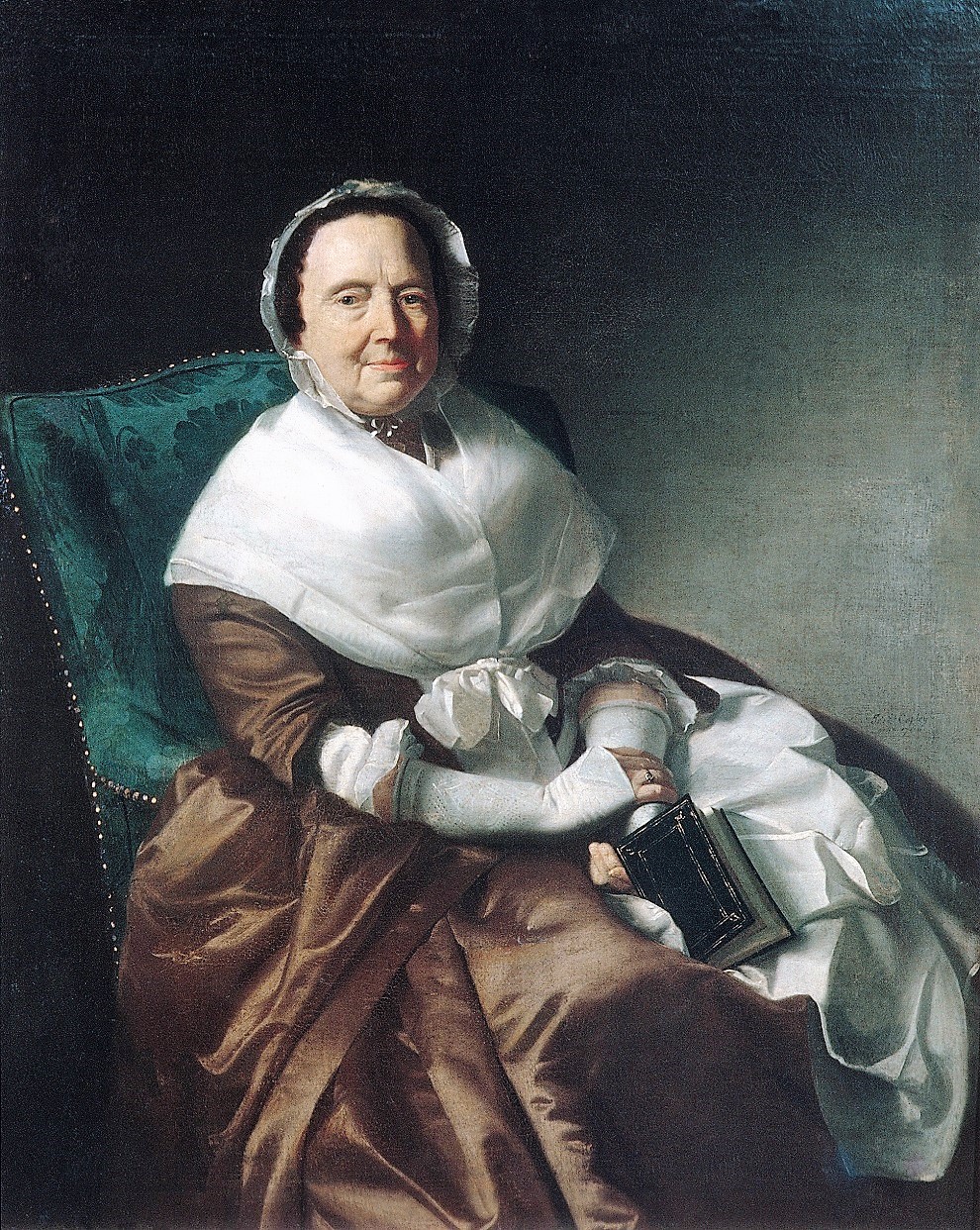 Mrs Sylvanus Bourne 1766 John Singleton Copley (American, Boston, Massachusetts 1738–1815 London)  The Metropolitan Museum of Art tells us that Mercy Gorham (1695–1782) was born and raised on Cape Cod, in the colony of Massachusetts. In 1718, she married Sylvanus Bourne, a prosperous merchant, and 2 years later they settled in the port town of Barnstable. The couple had 11 children. Copley painted Mrs. Bourne 3 years after her husband’s death, when she was 71 years old. She holds a book in her lap.

Colonial mothers, entrusted with the physical care & well-being of their children’s souls usually taught them to read at home. Reading the scripture was the 1st step in the long process of religious education. The Puritan minister Increase Mather (1639–1723), of the prominent Massachusetts Mather family, came from an educated household.  Still, he wrote, “I learned to read of my mother.” Rich or poor, mothers were expected to teach their children to read, and apparently they kept reading long after their children had grown.
Posted by Barbara Wells Sarudy at 4:00 AM