1760 Portrait of an American Woman 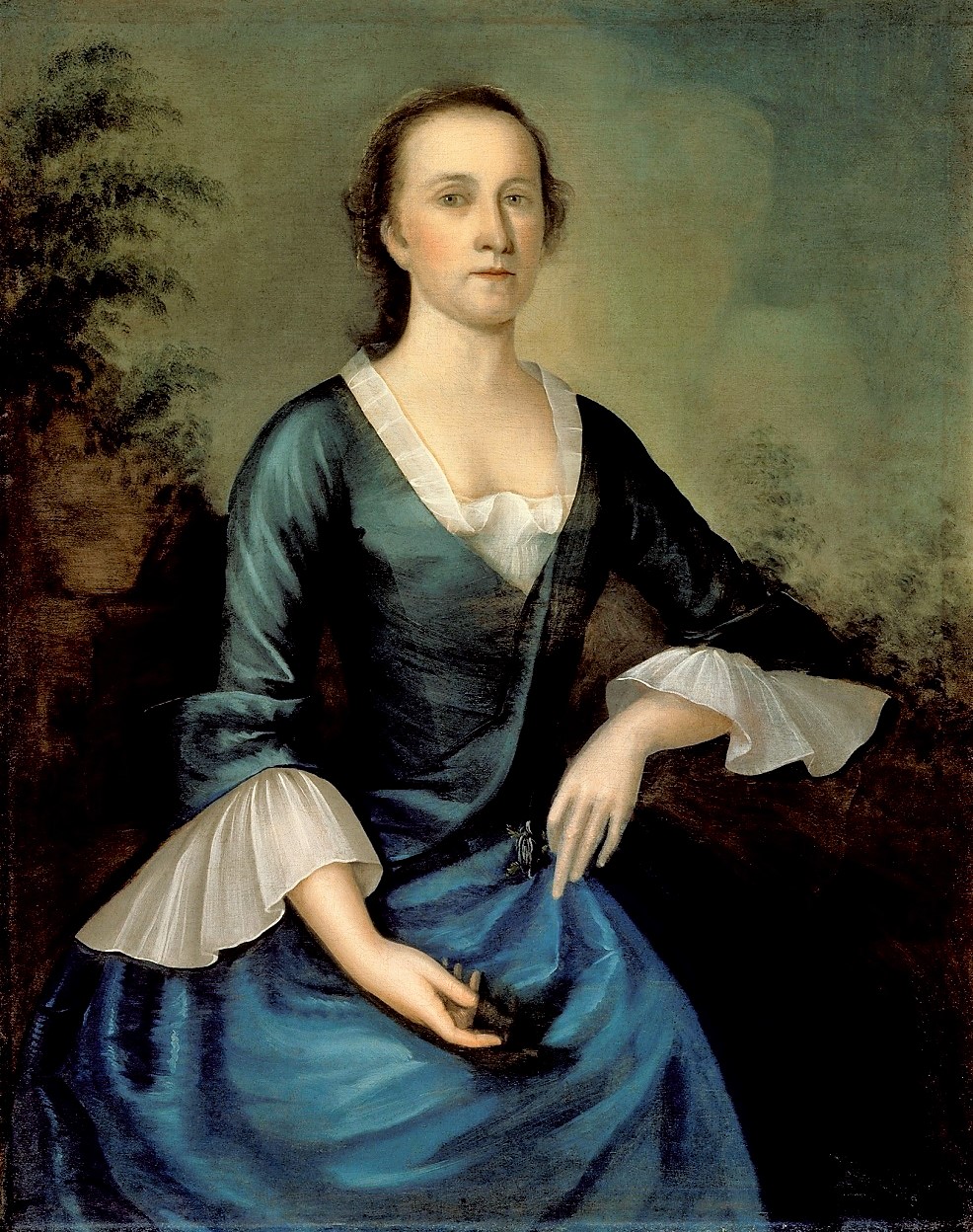 The Los Angeles County Museum of Art tells us that no signed portraits by Badger are known, but on the basis of the style of four documented portraits a large group of paintings similar in style have been attributed to him. The portrait of Sarah Larrabee Edes possesses the characteristics of this style: fairly pastel, chalky colors, outlining of the edges of the linen cuffs and collars, indistinct backgrounds with feathery foliage, and an insufficiency of foreshortening that makes the figures seem to float upon the surface of the painting. Since Badger’s portraits also are not dated, the progression of his stylistic development is not clear, making it hard to assign a date to the present painting. It has been dated about 1760 because that approximate date has been assigned to the portrait of the sitter’s father, Captain John Larrabee. Badger’s Captain John Larrabee, c. 1760 (Worcester [Mass.] Art Museum), is his only full-length adult portrait and easily his finest effort. The subject, born in 1686, was captain lieutenant, or commanding officer, of Castle William (afterwards Fort Independence) in Boston Harbor for nearly forty years before his death on February 11, 1762. In 1710 he married Elizabeth Jordan, and the couple had three children, a son and two daughters. The younger daughter, Sarah, was born on July 12, 1719. On December 21, 1738, she married Thomas Edes (1715-1794), a ship joiner, or carpenter, of Boston. They had 10 children. Thomas Edes was one of the executors of Captain Larrabee’s will.
Posted by Barbara Wells Sarudy at 4:00 AM