Henrietta Johnston was a remarkable woman, not just because she was America's 1st known female portraitist & the 1st artist on this side of the Atlantic known to have worked in pastels, but because she lived a heroic life balancing her talent with the emotional & physical ups & downs of two rather inadequate husbands, while rearing a growing family. 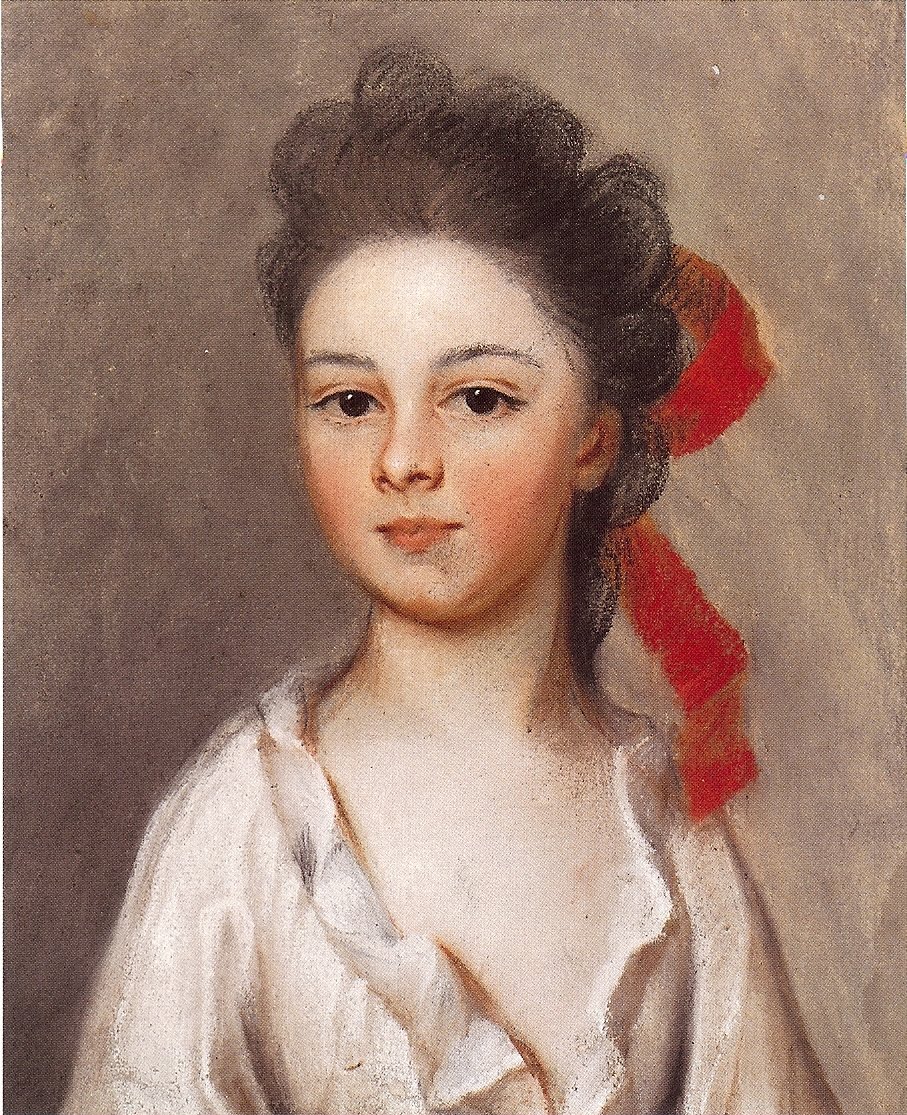 She traveled from the old world to the new several times. Each trip across the Atlantic was a risk. Ship passengers knew that their lives were in danger throughout the voyage, but they forged ahead anyway. 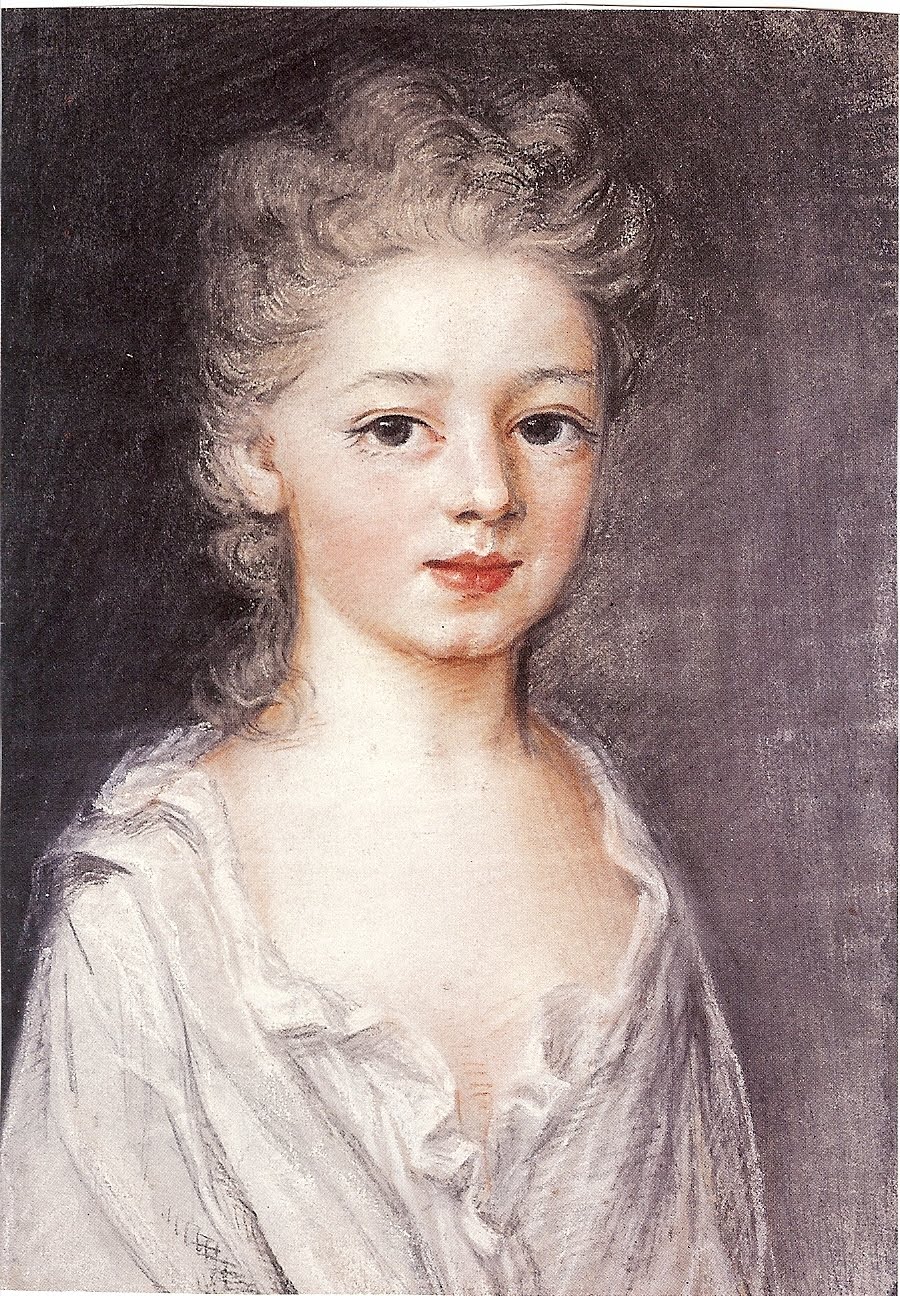 At the age of 10 or 12, Henrietta de Beaulieu, fled with her Huguenot family to England from France to avoid persecution. In 1694, she married Robert Dering (1669-1702-4), the 5th son of Sir Edward Dering, moving to Ireland. Their marriage application of March 23, 1694, describes Henrietta as a maiden, about 20, of the Parish of St. Martin-in-the-Fields. When she was in Ireland, 2 artists there were doing pastel portraits, Edmund Ashfield (d. 1700) & Edward Luttrell, who flourished from 1699 to 1720. Pastels were a relatively new medium at the time. It is possible that she met or even learned from these men, who may have trained in France where the pastels originated.  Her earliest identified extant works are from about 1704 in Ireland. She was a single mother at this time, for she remarried the following year. She was probably painting to help support her family. When her 1st husband Dering died, she became a widow with 2 daughters, one of whom, Mary, later became a lady-in-waiting for the daughters of George II. The pastel portraits she painted during this period were mostly of members of deceased husband’s extended family. 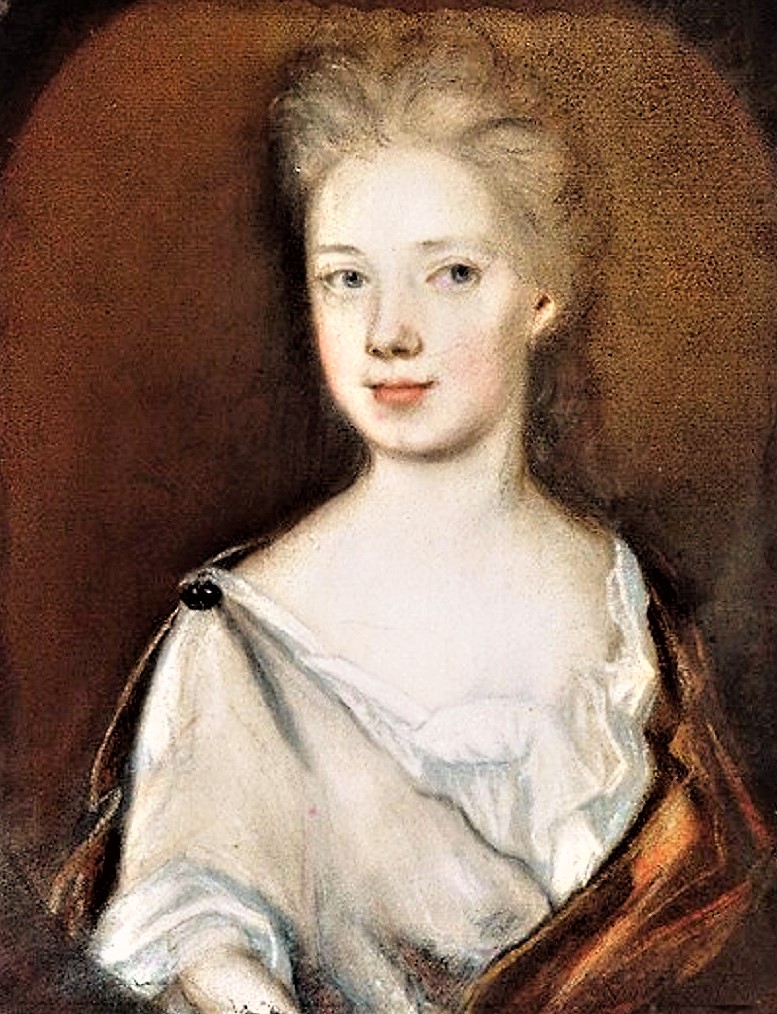 In 1705, she wed the Reverend Mr. Gideon Johnston (1668-1716), a graduate of Trinity College, Dublin, the widowed vicar at Castlemore & who was to become rector appointed by the Bishop of London, of St. Philip’s Church in Charles Town, South Carolina, in 1708. He needed a wife to help with his children, as they prepared to leave for the new world.

Charleston was a fledgling town at this time scrambling to become become the most affluent & largest city in the South, the leading port & trading center for the southern colonies. Many French Protestant Huguenots, seeking religious freedom, were moving to Charleston, where they began building fine townhouses along the harbor's edge & wanted portraits to grace their hallways & establish their family's presence as a power. 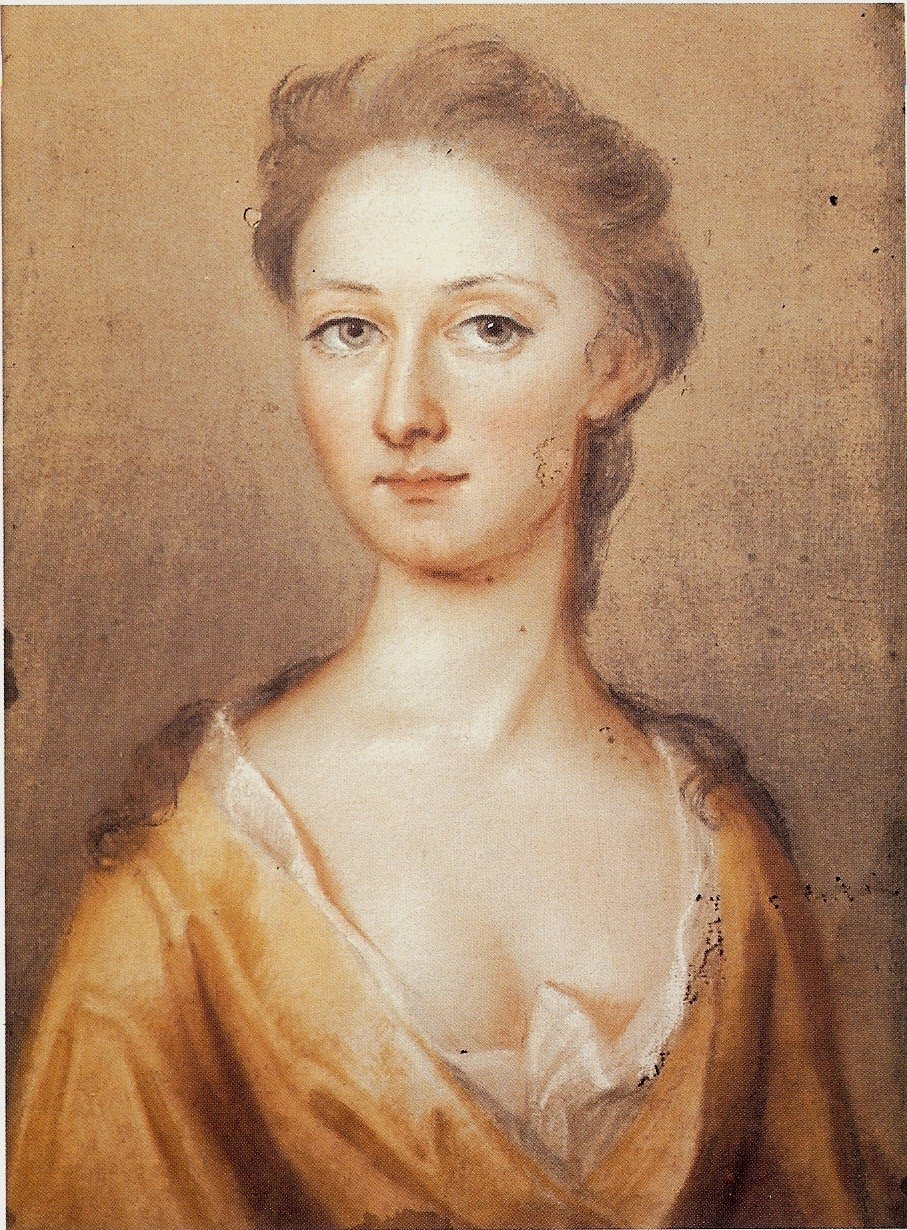 Henrietta, her new husband, & 3 children from their combined family set sail for his assignment in Charleston. It is said that on a ship stopover in the Madeira Islands, the groom went ashore leaving his new wife & children onboard, only to return after the ship had already sailed for Charleston.

Henrietta landed in South Carolina, with the children in tow, only to discover that the parishioners had appointed their own rector while waiting for the London Bishop's appointee. There was no pulpit or parsonage for the new family; & at that moment, there was no husband to help figure out what to do next. 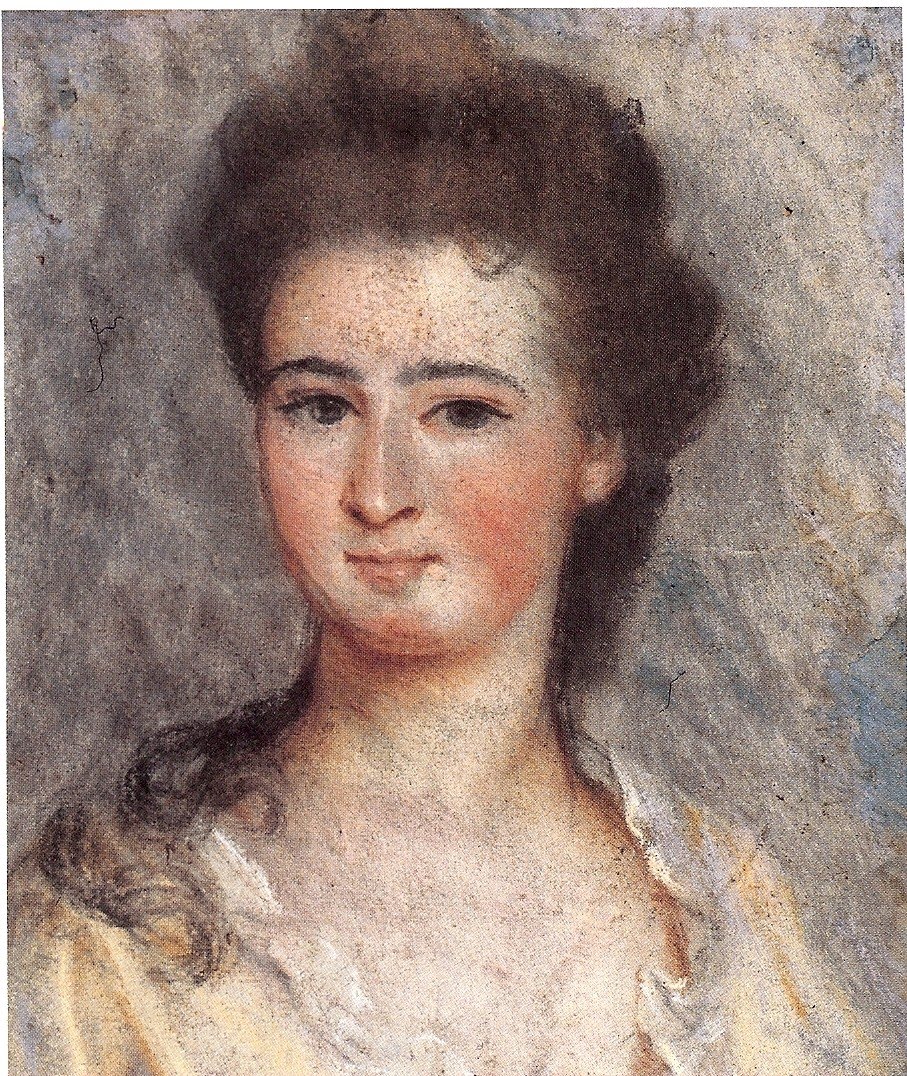 When The Reverend Mr. Johnston finally arrived in Charleston 12 days later, he decided to oust the locally elected rector from his pulpit. This was not a popular move, & husband Gideon Johnston became bogged down in church politics. He wrote in September, 1708, that he "never repented so much of anything, my Sins only excepted, as my coming to this Place." 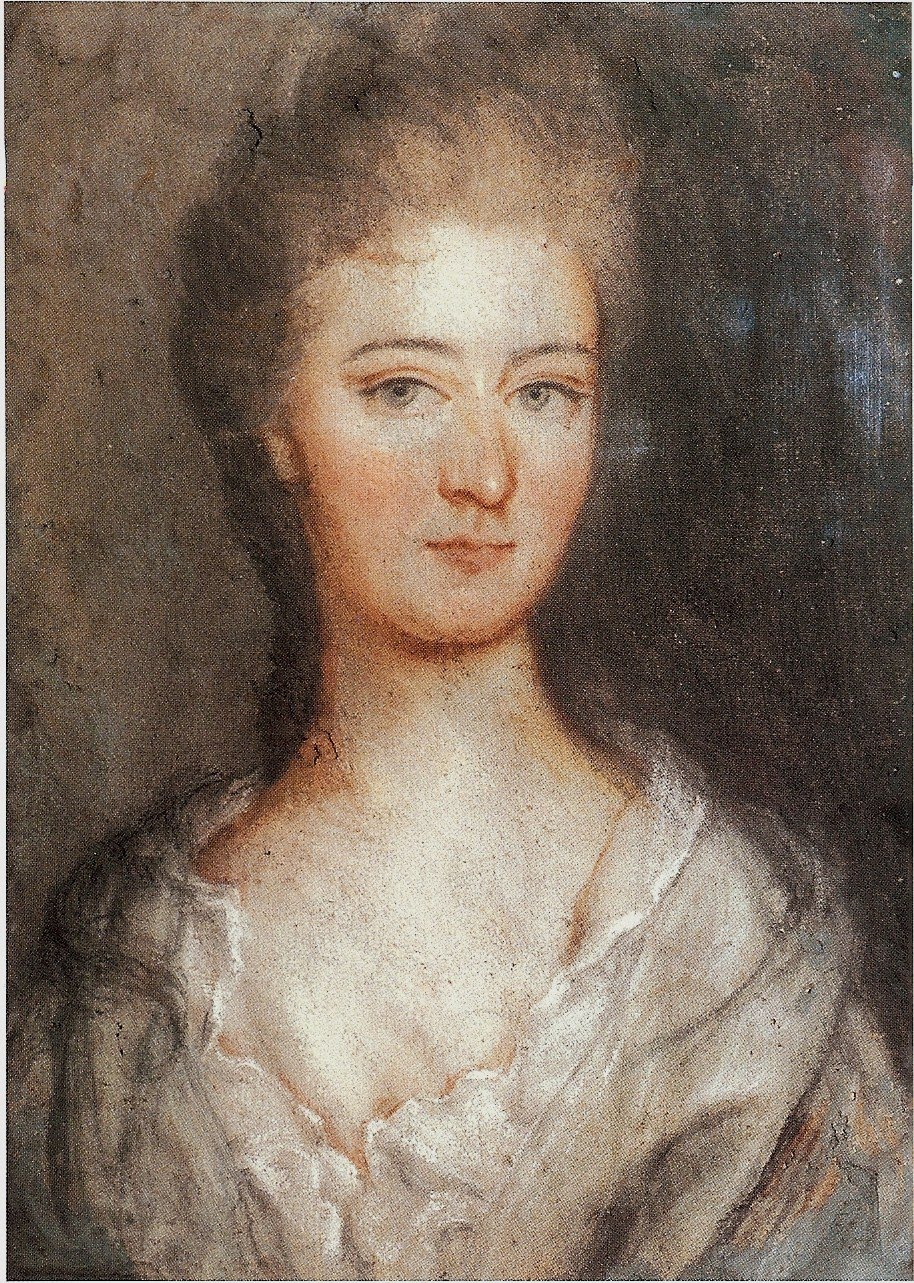 In Charleston, the Henrietta Johnston added to the family's meager coffers by drawing 9" by 12" portraits of many of Charleston’s French Huguenot residents & members of St. Philip’s Church. Frustrated by debt & local parish problems, once he arrived in South Carolina, The Reverend Mr. Gideon Johnston complained to the London Bishop in 1709: “Were it not for the Assistance my wife gives me by drawing of Pictures…I shou’d not have been able to live.” 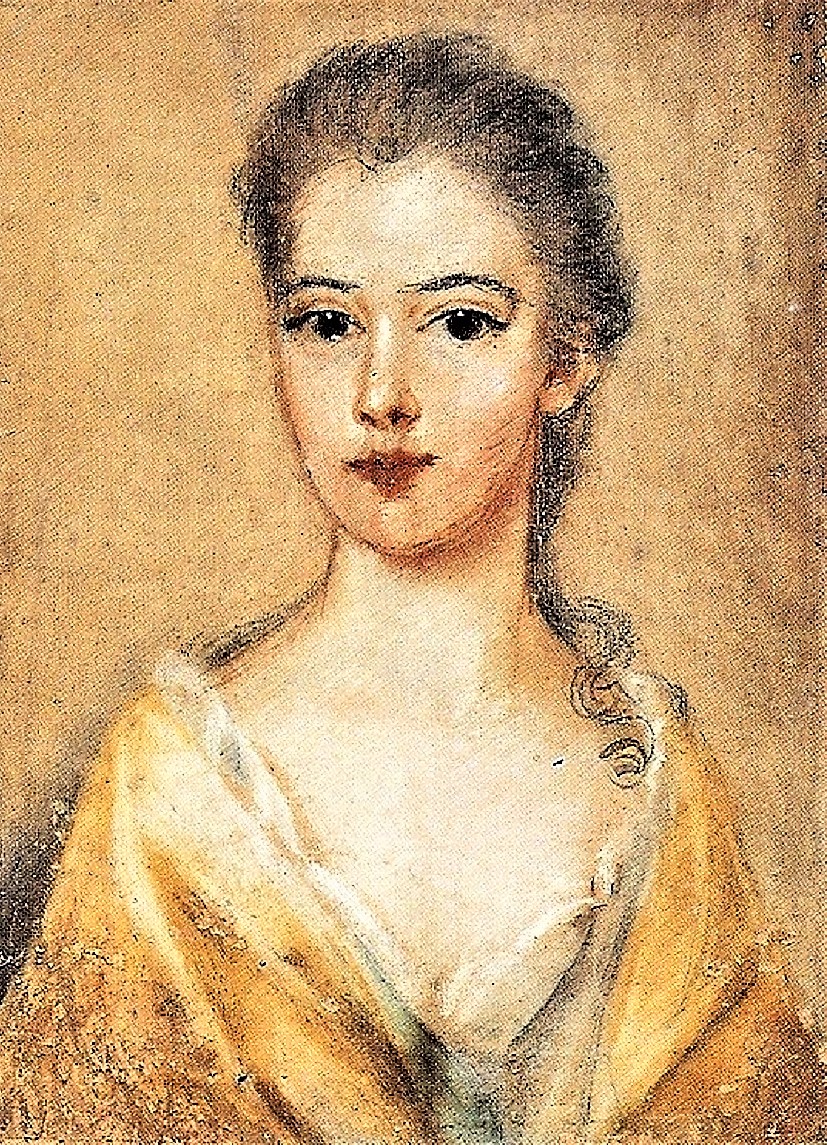 Henrietta's popularity as a portraitist grew, as his popularity declined. She kept painting, making friends, raising his children, keeping house, & acting as his secretary. By the spring of 1711, she'd run out of art supplies, just as her husband's congregation wanted to send some important messages back to the Bishop in London by personal carrier. 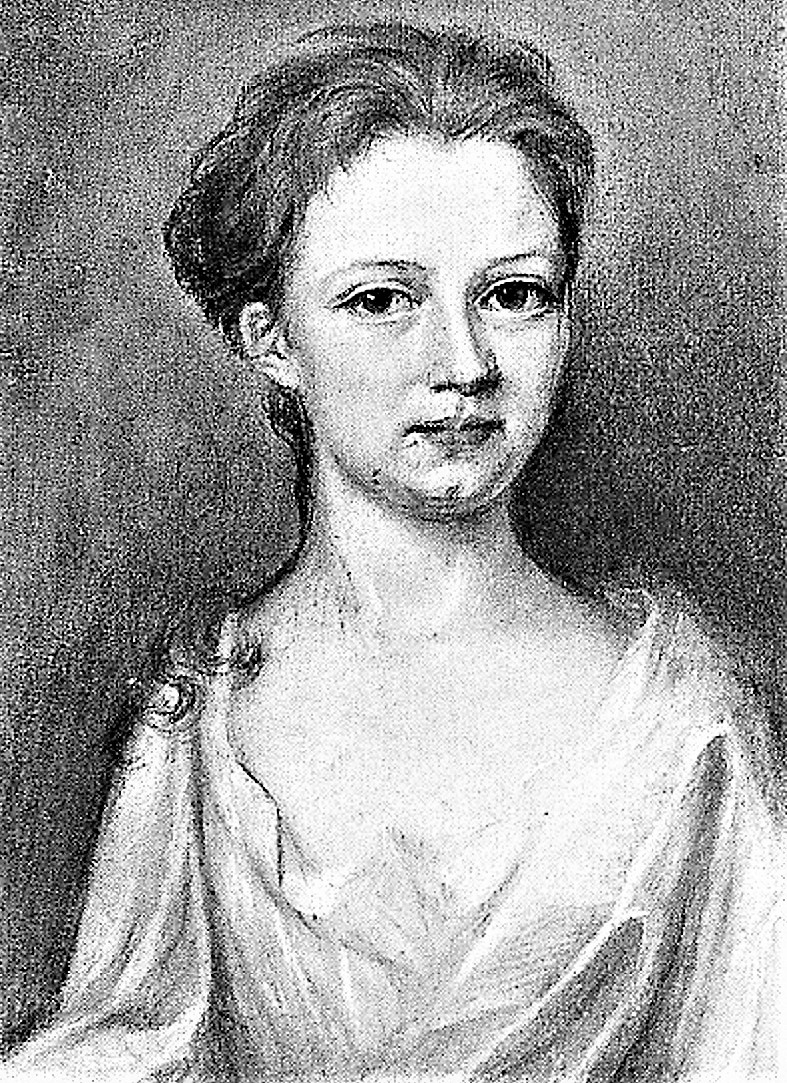 Afraid that their now indebted, unpopular clergyman might skip out on his local debts, the church sent Henrietta to London with their missives for the church hierarchy. The little jaunt to London lasted 3 years. Enough time for her to restock her art supplies with French pastels. Throughout her career she typically used 9 x 12-inch sheets of paper in simple wooden frames, which she often signed & dated on the back. 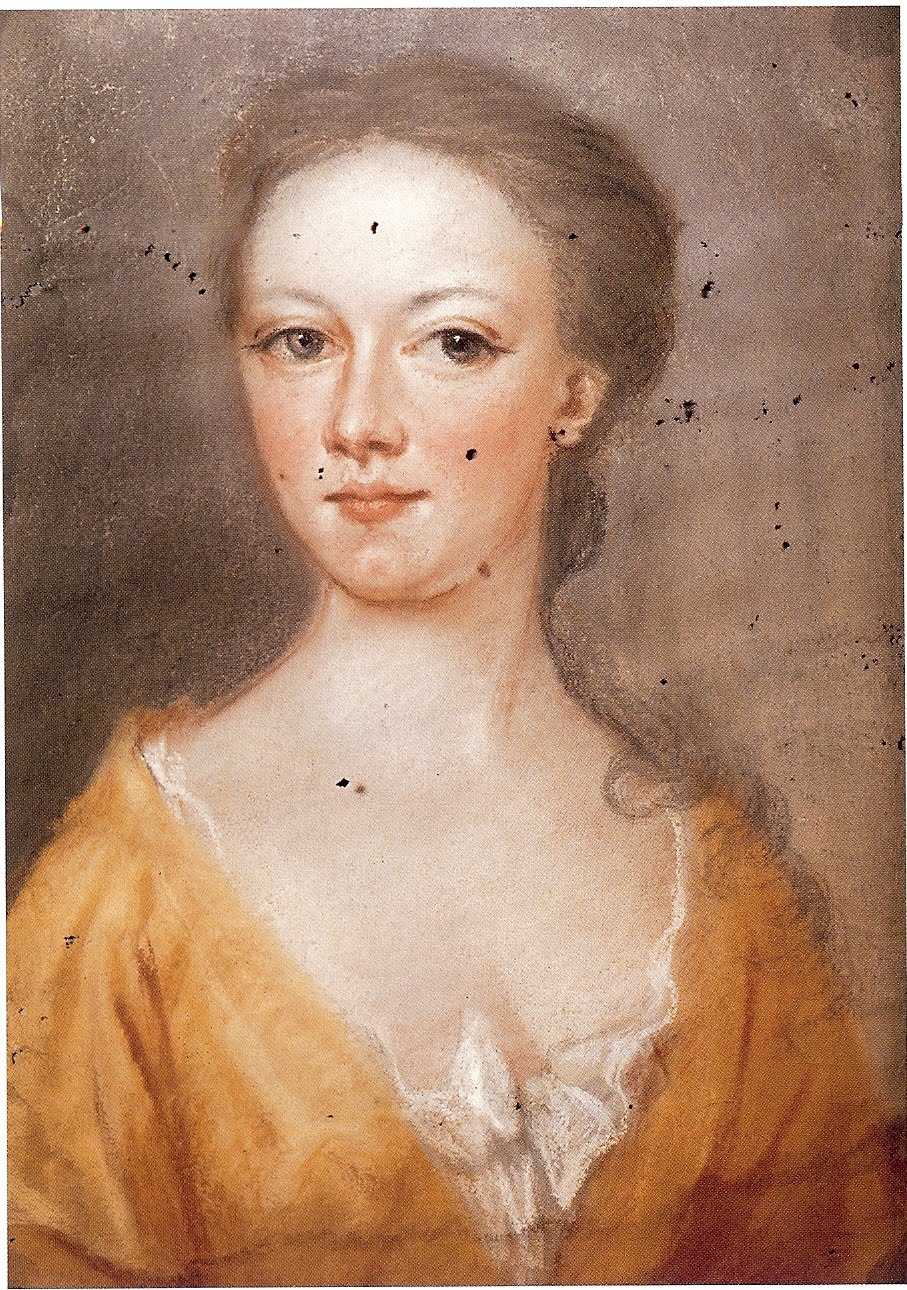 On her return voyage, her ship encountered some frightening pirates; & shortly after her return, her clergyman spouse drowned in a boating accident. She remained in Charleston, when her sons later returned to England. She & her work remained popular in the colonies, even taking her to New York to paint portrait requests there. 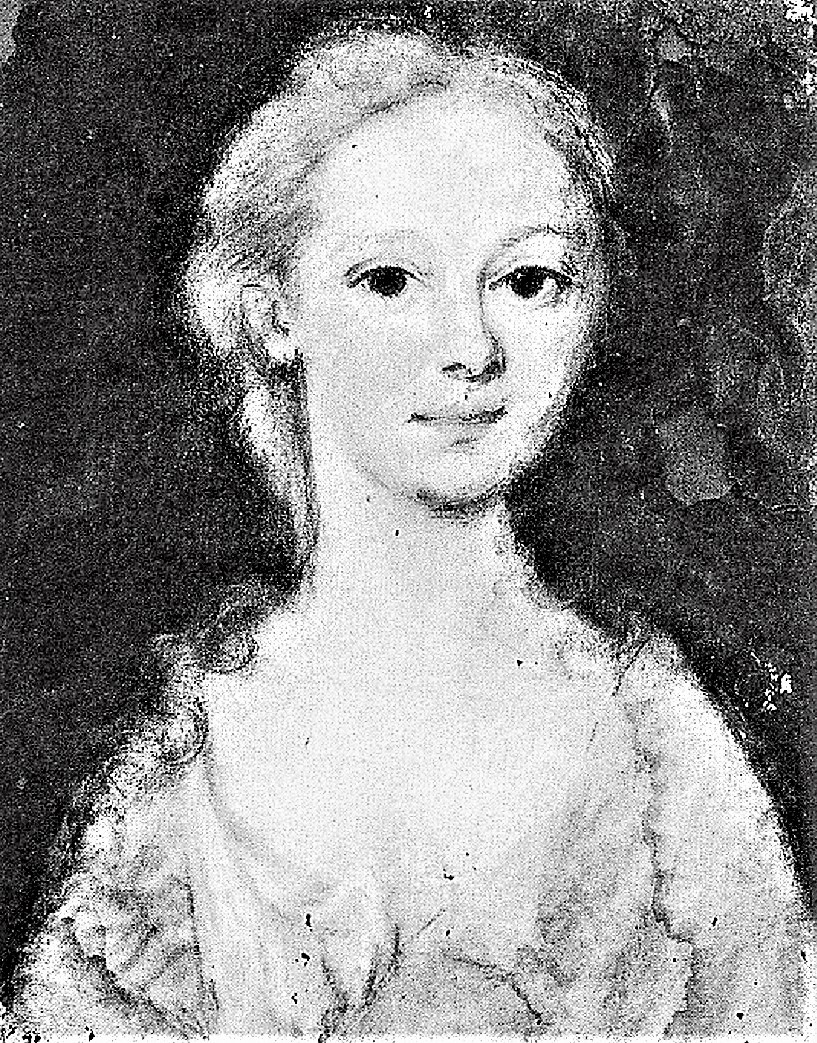 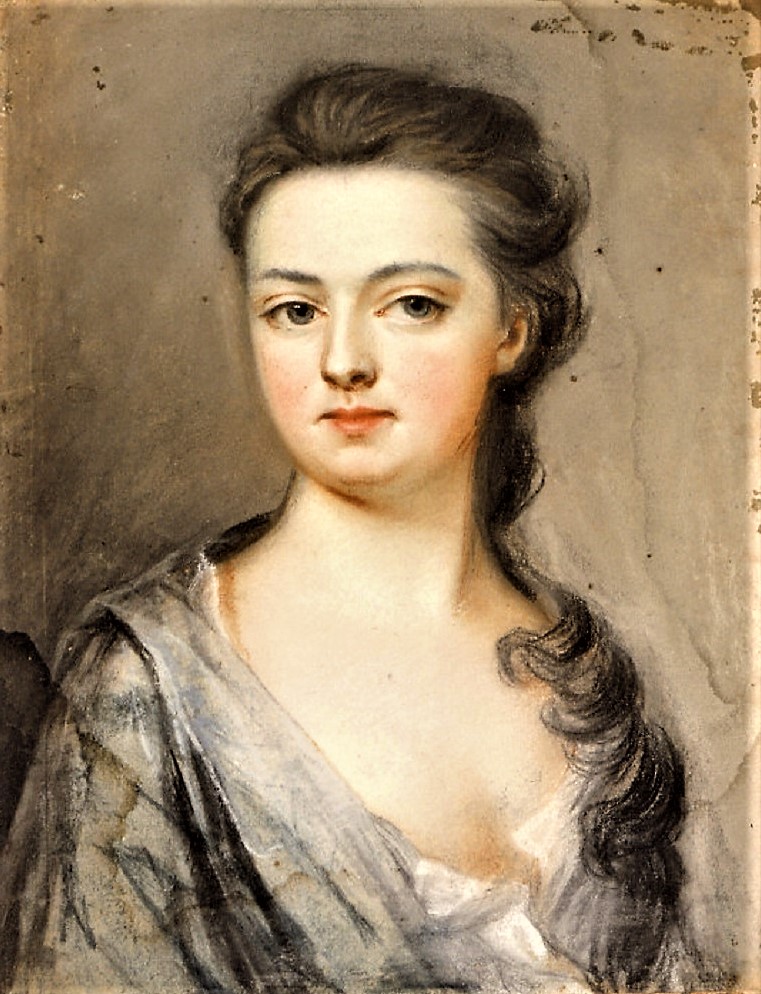 Nearly 40 works attributed to Johnston survive, many of these in their original frames signed & dated by the artist. 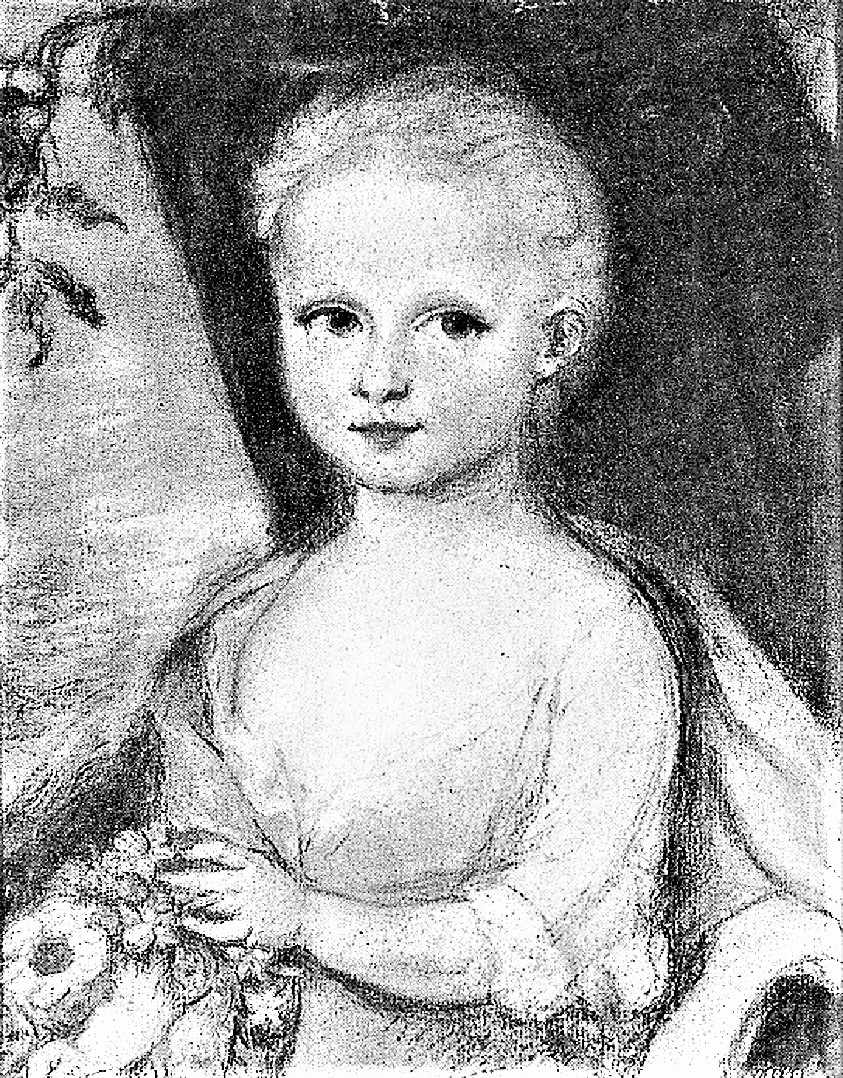 Several of her Charleston portraits retain the time-consuming details of her early Irish works, but most are bust-length with less detailing of clothing & facial features. She seldom painted the hands of her adult sitters. 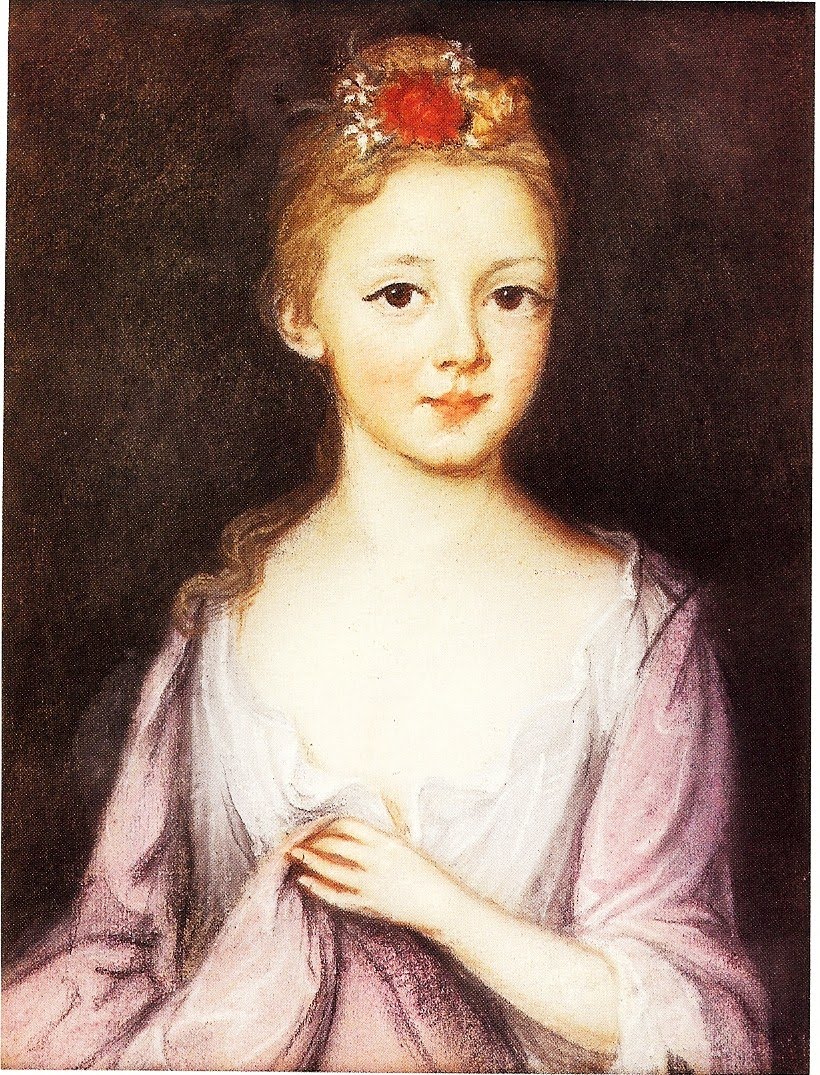 In the colonies, her female subjects usually wore soft chemises, while her male sitters dressed in everyday clothes or in military garb. Her female colonial sitters are draped in either white or a soft gold, with white, ruffled borders on V-shaped neckline. Their hair is generally swept up, with ringlets falling over one shoulder. 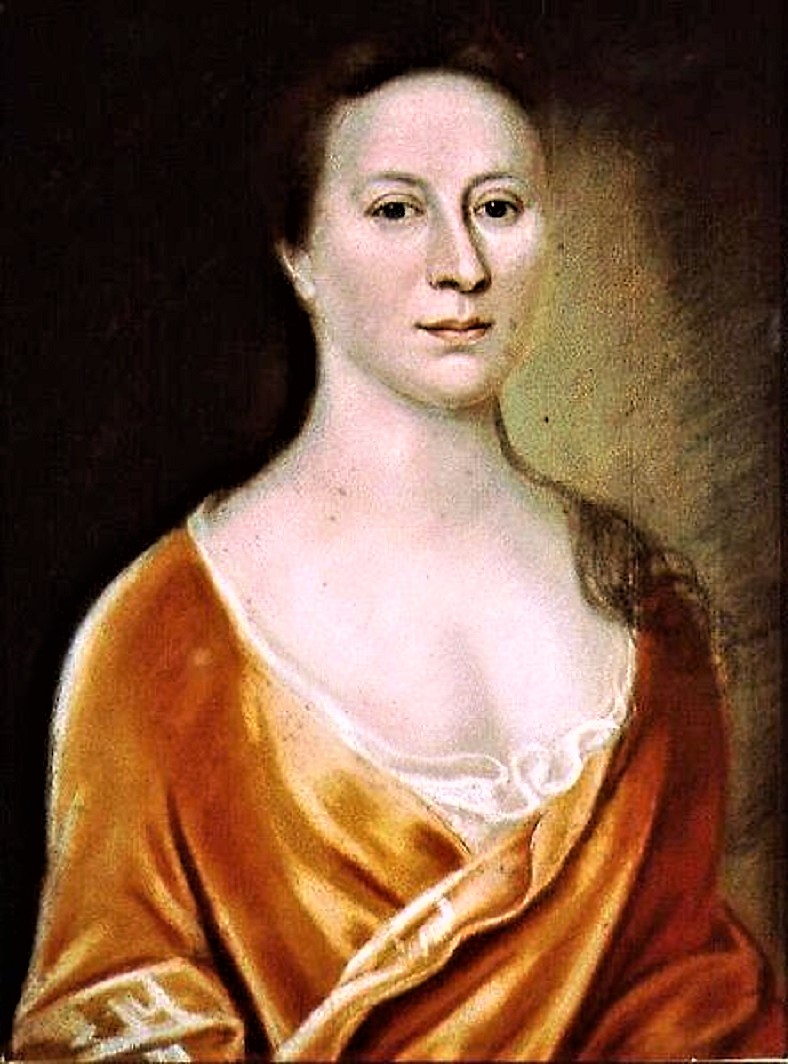 The widow Henrietta De Beaulieu Dering Johnston's portraits became almost dull in the period immediately after her rector husband’s unexpected death. It may have been that she missed her spouse. Or perhaps she was overwhelmed as the entire burden for the family finally fell on her shoulders.

During this mourning period, her subjects’ faces lack the lively expression of her earlier works, clothing details are hazy, & colors are dull. Perhaps she was running low on supplies, working too quickly, or just growing weary.

In the later years of her life, Johnston’s portraits vary in quality & detail. Some revert to her earlier lively facial & clothing details, while others have the far-away look seen after her 2nd husband’s demise. Her New York portraits include small children, which do depict the children’s arms & hands. Whether portraying children or adults, Henrietta Johnston impacted many other portrait painters in early America.