Jemima Wilkinson (1752-1819), religious leader, founder of a pioneer community in western New York, was born in Cumberland, R.I., the 4th of 6 daughters & 8th of 12 children of Jeremiah & Amey (Whipple) Wilkinson. She was of the 4th generation of her family in America, descended from Lawrence Wilkinson, an early freeman & colonial leader, who settled in Rhode Island about 1650. Her father, a successful farmer & orchardist, was a 1st cousin of Stephen Hopkins, several times governor of the colony & a signer of the Declaration of Independence, & of Esek Hopkins, 1st commander of the American navy. An older brother, Jeremiah, was a noted inventor in Cumberland. The Wilkinsons were Quakers. 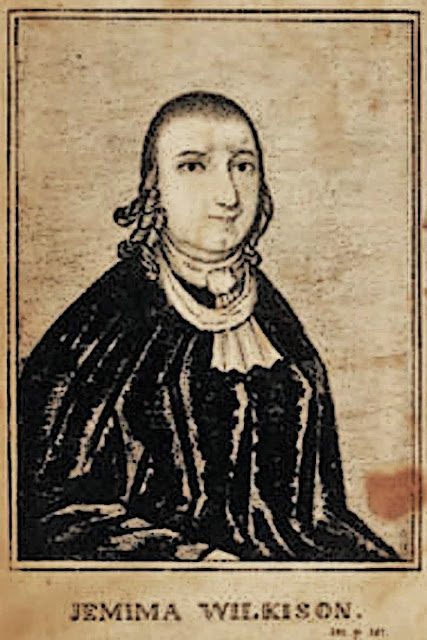 It is difficult to separate fact from folklore in the story of Jemima.  Little dependable information exists about Jemima’s childhood. Undoubtedly an influence on her development was the death of her mother, worn out by childbearing, when Jemima was only 12 or 13. Deeply interested in religious ideas, the girl read the standard works of Quaker theology & history & so thoroughly absorbed the King James version of the Bible, that scriptural phrases became an integral part of her spoken language. She also was caught up in the religious excitement that accompanied George Whitefield’s last visit to New England &, in August 1776, was dismissed from the Society of Friends for attending meetings of a New Light Baptist group in Cumberland.

In 1776, the 23-year-old woman became ill with a fever; the doctor who attended her later testified that the fever was “translated to the head.” In the course of this illness, she had a vision that convinced her, that she had died & had been sent back from the dead to preach to a sinful & dying world. From that moment, she refused to recognize the name of Jemima Wilkinson, calling herself instead the Publick Universal Friend; & for more than 40 years she firmly adhered to her belief that she was an agent of the Lord. 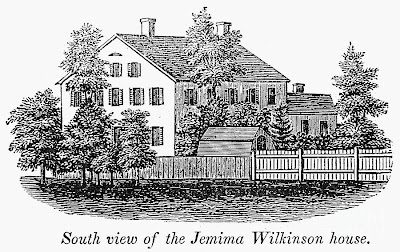 She began her ministry in southern New England. During the years of the American Revolution she traveled & preached in Rhode Island, eastern Massachusetts, & Connecticut, & after 1782, she made four visits of increasing duration to the vicinity of Philadelphia. Everywhere she attracted followers-both men & women-many of them persons of wealth & social distinction. Most important of these was Judge William Potter of South Kingston, R.I., who freed his slaves because of her teaching & gave up his political career; he also built a 14-room addition to his already spacious mansion for the Universal Friend to use as her headquarters in New England. A wealthy farmer, David Wagener, of Worcester, Pa., was another convert, whose home she used while in Pennsylvania. Meeting-houses were built for her in in East Greenwich, R.I., & New Milford, Conn. Although these were help by trustees in the name of a society of Universal Friends, the Universal Friends was a personal following of Jemima Wilkinson rather than an organized church or sect. Membership apparently was contingent solely upon acceptance of her requirement that “Ye cannot be my friends except de do whatsoever I command you.” The only printed guide for he followers was a small pamphlet entitled The Universal Friend’s Advice to Those of the Same Religious Society, first published for her in Philadelphia in 1784, & later reprinted, after her death, in Penn Yan, N.Y., in 1821 & 1833. This consisted almost entirely of seemingly unrelated quotations from the Bible. 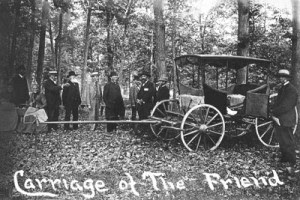 As the Publick Universal Friend, Jemima Wilkinson preached no new or original theological concepts. Repent & forsake evil was the essence of her message; prepare for a future judgment, & “Do unto all men as you would be willing they should do unto you.” Nearly all of the practices she advocated, such as the use of plain language & clothing, opposition to war & violence & to Negro slavery, were standard Quaker beliefs. Celibacy was enjoined as a higher state of grace which she herself practiced & urged, although married couples who joined her society continued to live together & marriages took place among her followers. In this she was much less rigid than her contemporary ANN LEE, founder of the Shakers, with whom she was often compared. There is no indication that the women ever had any contact with each other, & the similarities between them probably stem from their common debt to Quakerism. The Universal Friend’s attraction was based on the emotional impact of her personality & the aura of mysticism that surrounded her. She apparently did little to discourage those of her followers who believed her to be a Messiah capable of performing miracles, although by he frequent denial of divine powers & her ambiguous description of her mission she avoided offending those who did not see in he the second coming of Christ. Several attempts at faith healing were recorded during her early ministry in New England, & she made prophecies & interpreted dreams throughout her life.

Jemima Wilkinson was described in her forties as “of middle stature, well made, of a florid countenance,” with “fine teeth, & beautiful eyes. ….Her black hair was cut short, carefully combed, & divided into three ringlets.” (Francois, Duc de La Rochefoucauld-Liancourt, Travels through the United States of North America, 1799, I, 112). Her manners of dress, however, was decidedly masculine. She customarily wore a flowing black robe patterned after a clergyman’s garb. Her followers referred to her, not as “she” or “her” but as “the Friend.” 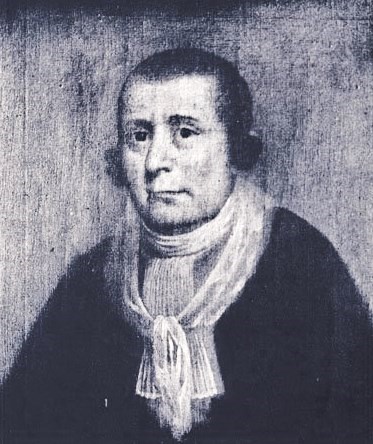 She conceived the idea of a settlement where the faithful could be free from the temptations of the “wicked world” as early as the winder of 1786-86, when scouts were sent to explore the Genesee country of western New York, publicized by the veterans of Gen. John Sullivan’s expedition during the Revolution. In 1788, followers of the Universal Friend began to clear the land o the west side of the Seneca Lake, the first important American outpost in this area. The “Friend’s Settlement” already had a population of 260 when the Universal Friend herself arrived 2 years later. Though the land was purchased by a common fund, common ownership of property was never practiced; each contributor was to received title to a tract of land proportionate to his investment. In practice this proved difficult to arrange, & disputes over land titles caused the defection of some important members, including Judge William Potter & his son. Jemima Wilkinson moved a few miles farther west in 1794, to the vicinity of Crooked Lake (now Keuka Lake), where, with many of the faithful, she established Jerusalem township. She called their settlement on Outlet Creek "Hopeton". She later purchased a tract near Branchport "and we shall call this place "The City of Jerusalem."

She herself owned no land but lived on the proceeds of an estate held in trust for he by a follower. Her home was always open to offer hospitality to travelers in the wilderness & to the Indians, with whom she had a cordial relationship. Not the least of her significance is the role she played in encouraging the settlement of western New York. 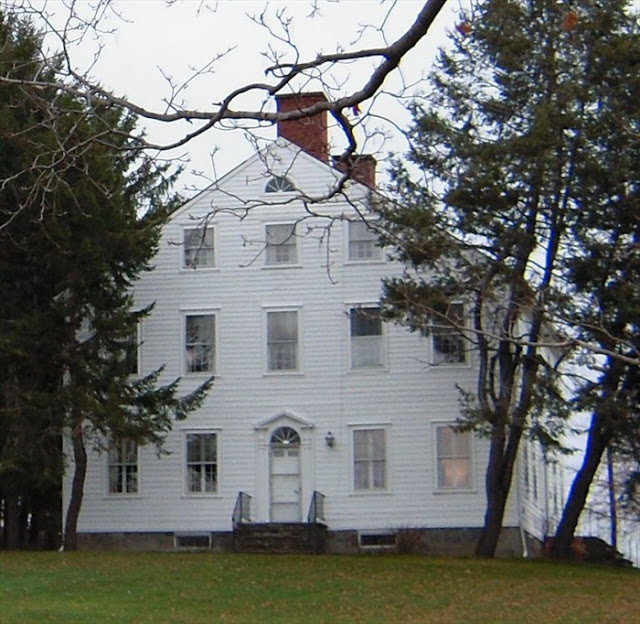 During the last few years of her life she suffered from dropsy, & she succumbed to that illness in her 67th year at her home in Jerusalem township. Her body was placed in a stone vault in the cellar of her house but later was buried in an unmarked grave by 2 of her followers. Two of her disciples attempted to carry on the society after her death, but the group gradually disintegrated & within 2 decades had all but disappeared.