.
Sybilla Masters (d. Aug. 23, 1720), inventor, sometimes called Sybella, was the 2nd daughter & 2nd of 7 children of William & Sara Murrell Righton, Quakers, of Burlington in the colony of West New Jersey. William, the son of William Righton & Sybella Strike, married Sarah Murrell, the daughter of Thomas Murrell, in Bermuda. The date & place of their daughter Sybilla's birth are unknown. She may have been born in Bermuda, before her parents sailed to the banks of the Delaware River. Her name first appeared in court records as a witness on behalf of her father, a mariner & merchant. Of her early life nothing is known; probably she spent it on her father’s plantation called Bermuda in Burlington Township on the banks of the Delaware.

At some time between 1693 & 1696, she was married to Thomas Masters (d. 1723), a prosperous Quaker merchant who had come to Philadelphia in 1685, or earlier from Bermuda. In 1702, Masters built a “stately” house on the Philadelphia riverfront, described by James Logan as “the most substantial fabric in the town.” He invested the profits of his overseas trade in lands in the Northern Liberties of Philadelphia & had a “plantation,” or country house, there called Green Spring. A prominent figure in political as well as economic life, he was successively alderman of Philadelphia, mayor (1707-08), & provincial councilor (1720-23). Meanwhile Sybilla reared 4 children, Sarah, Mary (Mercy?), Thomas & William, & exercised her special talent for mechanical invention.

On June 24, 1712, she notified her Quaker meeting, that she intended to go to London & obtained a certificate of good standing to carry with her. Her object was to secure patents for two of her inventions. At that time, the process for grinding corn employed two large stones, called millstones. But Masters had seen American Indian women pounding corn with wooden mallets. So she invented a mill that used hammers to make cornmeal. That was much easier than finding, and hauling, and using huge millstones. 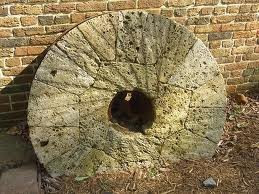 Masters wanted a patent for her invention, so that she alone would have the sole authority to make or sell her invention. But patents were not issued in Pennsylvania. So, in 1712, Masters set sail for Great Britain to obtain a patent. In London, Masters discovered that the British government did not have a regular governmental process for giving patents. So Masters applied for a patent from King George I.

King George took his own good time responding to her request. In the meantime, the practical Masters worked on another idea. She used straw & palmetto leaves to weave into hats, bonnets, & chair covers. She opened a shop in London to sell the goods. She then applied for a patent for her weaving method.

After 3 years, King George finally awarded a patent for milling corn. But he didn’t give the patent to Sybilla. Patents were not given to women. Instead, the king gave it to her husband, Thomas, for “a new invention found out by Sybilla, his wife.” Later, King George gave Thomas a patent for Sybilla’s weaving method.

On Nov. 25, 1715, letters patent (No. 401) were granted under the Privy Seal to Thomas Masters for “the sole use & benefit of ‘a new invention found out by Sybilla, his wife, for cleaning & curing the Indian Corn growing in the several colonies in America.’” As illustrated in the patent, this was a device for pulverizing maize by a stamping, rather than the usual grinding, process. It consisted of a long wooden cylinder with projections designed to trip two series of stamps or heavy pestles, which dropped into two continuous rows of mortars, whereby kernel corn was reduced to meal. Power could be supplied either by a water wheel or by horses. There was also a series of inclined trays, or shallow bins, presumably for curing, or drying, the meal. 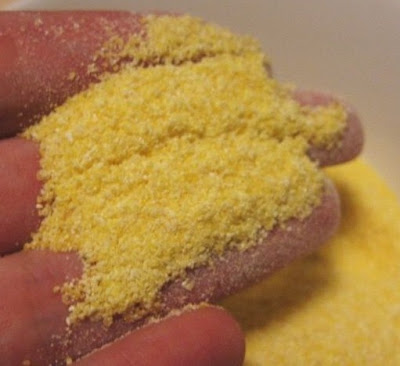 Under the name of “Tuscarora Rice,” the corn meal so produced & prepared was offered for sale in Philadelphia as a cure for consumption. It has been called “the first American patent medicine,” but actually it was simply a food product, not unlike hominy. It was presumably for the purpose of producing this meal on a large scale by Sybilla’s patented method that Tomas Masters in 1714 acquired “the Governor’s mill,” a hitherto unprofitable mill built for William Penn in 1701 on Cohocksink Creek, not far from Green Spring. Sales, however, proved disappointing, & the mill was later converted to other purposes. 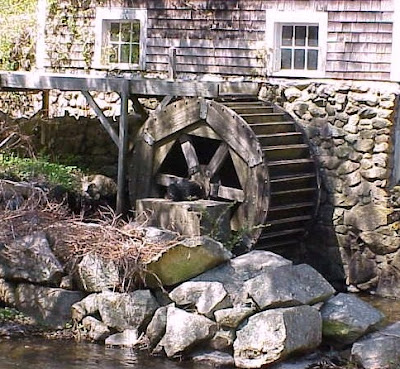 The Masters had hoped to export their newly processed cornmeal to England. But it didn’t sell. The British did not like the taste. However, folks in the colonies did like the taste. In fact, to this day, many people still like that cornmeal. They call it grits.

While in England, on Feb. 18, 1716, Sybilla Masters secured -again in her husband’s name- a second patent (No. 403), this one for “a new way of working & staining in straw, & the plat & leaf of the palmetto tree, & covering & adorning hats & bonnets in such a manner as was never before done or practiced in England or any of our plantations.” Unfortunately, neither drawing nor explanation accompanied this patent. Having been granted a monopoly on the importation of the palmetto leaf from the West Indies, she opened a shop in London at the sign of “the West India Hat & Bonnet, against Catherine-Street in the Strand.” Here, according to the London Gazette for Mar. 18, 1716, she sold hats & bonnets at prices from one shilling upwards, as well as “dressing & child-bed baskets, & matting made of the same West India for chairs, stools, & other beautiful furniture for the apartments of persons of quality, etc.”

By May 25, 1716, the determined inventor was back in Philadelphia. On July 15, 1717, the provincial council, on Thomas Masters’ petition, granted permission for the recording & publishing of her patents in Pennsylvania. She died, presumably in Philadelphia, in 1720. Whether or not she was , as she may have been, the first female American inventor, the bare facts of her ingenuity & enterprise in devising & patenting her two inventions & marketing their products entitle her to a place in American industrial & economic history & warrant Deborah Logan's accolade, inscribed on Sybilla Masters’ sole surviving letter: “A notable American woman.”

Sybilla Masters was a woman out of her time and far from typical. She was the first person from the American colonies to receive a patent from the King of England. She was not only the first American woman to receive a patent; she was also the last until 1793 -- until America had its own patent office. In 1793 a Mrs. Samuel Slater patented a new way of spinning cotton thread. Her husband built the famous Slater's Mill in Rhode Island. We still remember the mill, but we've largely forgotten the inventor and her patent, which served the mill so well.

If female ingenuity was anonymous in 18th-century America, it did only a little better in the 19th century. Mary Kies earned a patent--in her own name--in 1809 for a way of weaving straw that was put to use in the New England hat manufacturing trade. Martha Coston perfected her husband's idea for colored signal flares after his early death. Coston not only patented the flare system, used by the navy in the Civil War, but also sold the rights to the government for $20,000 & earned a contract to manufacture the flares. Margaret Knight's many inventions included a machine for making square-bottomed paper bags; her original patent is dated November 15, 1870. Still, by 1910, inventions by women accounted for less than 1% of all patents issued in the United States.

In 1888, the patent office listed every woman's patent it'd issued. The list showed only 52 before 1860. From then until the report was issued, that number grew to nearly 3000. That was a sure sign women were seeing themselves in new terms, but it was still a small fraction of the total patents.


A much later but very quaint patent is that of Dame Sybilla Masters, of Philadelphia, for corn shelling and preserving. She writes in German text, hard to decipher and very antiquated for that period.  It is granted by King George the 1st, and the official entry in Roman text is as follows: "Letters patent to Thomas Masters, of Pennsylvania, Planter, his Execrs., Amrs. and Assignees, of the sole Vse and Benefit of 'A new Invention found out by Sybilla, his wife, for cleaning and curing the Indian Corn, growing in the several Colonies of America, within England, Wales, and Town of Berwick upon Tweed, and the Colonies of America.'"
The two upper illustrations [refers to patent drawing] show the cleaning and the lower the curing. The top view represents the sheller, worked by animal power, probably a donkey (Asinus vulgaris). The gearing and shaft are of wood, and a reciprocating motion is produced by a series of detents upon a revolving cylinder something after the manner of a musical box.
It is to be feared that Dame Sybilla's invention did not attain to as wide a field of application as was covered by the letters patent. It is more than probable that the obtuse agriculturist continued to shell corn sitting on a pine plank with a spade edge to scrape them off by, in spite of the "paines and industrie" of the dame.