Mary Wollstonecraft, An Historical and Moral View of the Origin and Progress of the French Revolution and the Effect it Has Produced in Europe (London: J. Johnson, 1795).

John Adams wrote in his copy of this book,

"This is a lady of a masculine, masterly understanding. Her style is nervous and clear, often elegant: though sometimes too verbose. With a little experience in public affairs and the reading and reflection which would result from it, she would have produced a history without the defects and blemishes pointed out with too much severity perhaps and too little gallantry in the notes.
The improvement, the exaltation of the human character, the perfectibility of man, the perfection of the human faculties are the divine object which her enthusiasm beholds in beatific vision. Alas, how airy and baseless a fabric!

Yet she will not admit of the only means that can accomplish any part of her ardent prophecies: forms of government, so mixed, combined, and balanced as to restrain the passions of all orders of men."      (Inscribed on page [iv]) 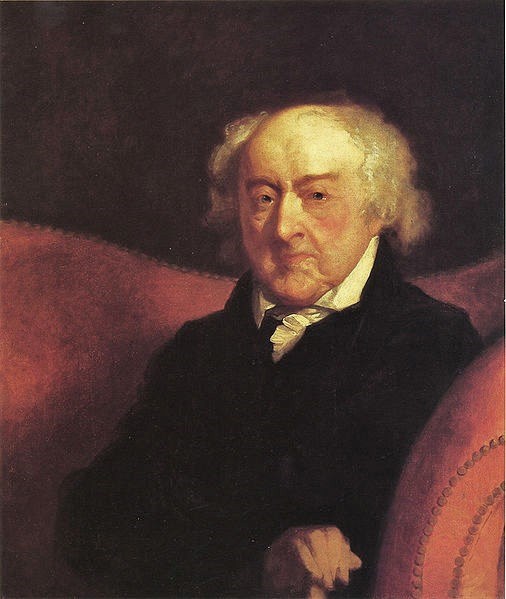 Mary Wollstonecraft Godwin (1759-1797), better known as just Mary Wollstonecraft, was an 18th-century British writer, philosopher, & advocate of women's rights. During her brief career, she wrote novels, treatises, a travel narrative, a history of the French Revolution, a conduct book, & a children's book. Wollstonecraft is best known for A Vindication of the Rights of Woman (1792), in which she argues that women are not naturally inferior to men, but appear to be only because they lack education. She suggests that both men & women should be treated as rational beings and imagines a social order founded on reason.

In the 1780s, life was more rigidly stratified than it is today: people knew where they belonged, & law and custom kept them there. Women labored under special disabilities. Politically disenfranchised, they also could not join the professions & were barred from many jobs. Married women had no rights to property or even to their own children. Centuries of common sense claimed that women were less than men in every way except in their ability to bear children. But, in the wake of the American & French Revolutions, political equality & something like a sexual revolution for women seemed possible. Moreover, thanks partly to Mary Wollstonecraft’s A Vindication of the Rights of Woman (1792), the legal & social restrictions under which women lived were briefly but hotly contested into the early 19th-century.