In the early 1700s, New York had one of the largest slave populations of any of England’s colonies. Nearly one out of every five New York residents was enslaved.  Slavery in New York differed from some of the Southern colonies because there were no large plantations in the crowded city. Many of the enslaved Africans were skilled workers, carpenters, stone masons, fishermen, & boat builders.  Enslaved women mostly worked indoors as domestic labor, whereas men spent most of their day outdoors bringing goods to & fro from the docks, & doing other skilled & unskilled jobs throughout the city. 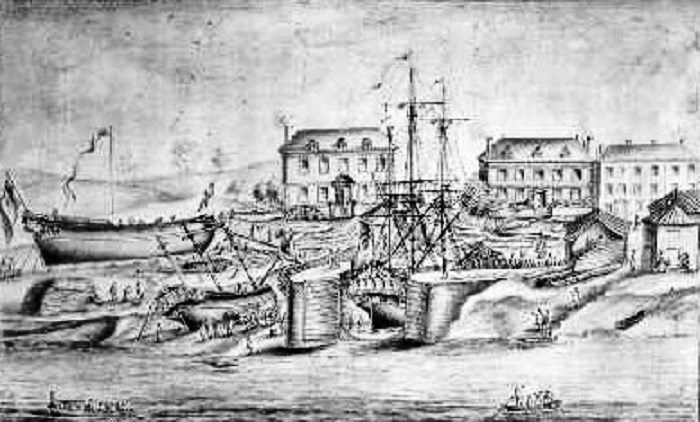 In 1712, Manhattan's population was about 6,000 living in an area twenty blocks long by 10 blocks wide; over 15% of those inhabitants were enslaved Africans. Within this small area, slaves lived with their masters & worked along side white servants & other slaves.  These slaves lived & worked next to free & indentured whites, & some intermarried when they got their freedom.

The stage was set for an uprising. First, the city had a large population of black slaves -- the result of many years of trade with the West Indies. Secondly, communication & meeting among enslaved persons was relatively easy, since the New York City's inhabitants lived in a small area on the southern tip of Manhattan. Thirdly, living in such a densely populated area also meant that slaves worked in close proximity to free men.

No one knows for certain what caused the revolt that happened the night of April 6, 1712, but this much is known: More than 20 armed Africans, perhaps both men & women, set fire to a building. Perhaps after meeting in a tavern, blacks gathered in an orchard on Maiden Lane on the night of April 6, 1712. It was midnight. Armed with guns, hatchets, & swords, the men set fire to a building in the middle of town. The fire spread. While white colonists gathered to extinguish the blaze, the slaves attacked, then ran off. At least nine whites had been shot, stabbed, or beaten to death; another eight were wounded.

Militia units from Westchester & the fort in lower New York put down the insurrection. Seventy slaves & free blacks were jailed.  Forty-three slaves were tried in the Court of Quarter Sessions. Eighteen were acquitted & 25 convicted, resulting in 20 being hanged & three burned at the stake.
The details of this revolt are provided by Robert Hunter, who was the governor of New York & New Jersey from 1710 to 1719. In a letter to the Lords of Trade in London written three months after the insurrection, Gov. Hunter describes the slave revolt.

A Letter from Governor Robert Hunter (1664-1734), June 23, 1712: I must now give your Lordships an account of a bloody conspiracy of some of the slaves of this place, to destroy as many of the inhabitants as they could....when they had resolved to revenge themselves, for some hard usage they apprehended to have received from their masters (for I can find no other cause) they agreed to meet in the orchard of Mr. Crook in the middle of the town, some provided with fire arms, some with swords & others with knives & hatchets. This was the sixth day of April, the time of the meeting was about twelve or one clock in the night, when about three & twenty of them were got together. One...slave to one Vantilburgh set fire to [a shed] of his masters, & then repairing to his place where the rest were, they all sallyed out together with their arms & marched to the fire. By this time, the noise of the fire spreading through the town, the people began to flock to it. Upon the approach of several, the slaves fired & killed them. The noise of the guns gave the alarm, & some escaping, their shot soon published the cause of the fire, which was the reason that nine Christians were killed, & about five or six wounded. Upon the first notice, which was very against them, but the slaves made their retreat into the woods, by the favour of the night. Having ordered the day following, the militia of this town & the country of West Chester to drive [to] the Island, & by this means & strict searches in the town, we found all that put the design in execution, six of these having first laid violent hands upon themselves [committed suicide], the rest were forthwith brought to their tryal before ye Justices of this place...In that court were twenty seven condemned, whereof twenty one were executed, one being a woman with a child, her execution by than means suspended. Some were burnt, others hanged, one broke on the wheel, & one hung alive in chains in the town, so that there has been the most exemplary punishment inflicted that could be possibily thought of.
(E. B. Callaghan, ed. (1885) Documents relative to the Colonial History of the State of New York. Vol. V, p.341-345) 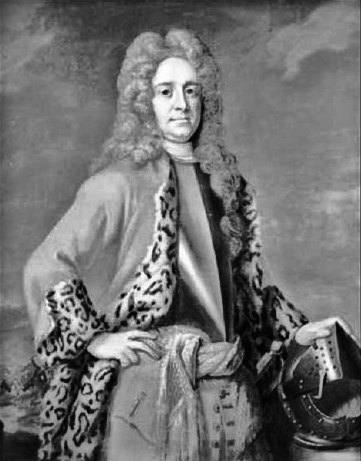 Within months of the revolt, the General Assembly passed a law allowing slave masters to punish slaves at their discretion & effectively made impossible the freeing of slaves.  White New Yorkers had been apprehensive before the revolt of April 6; now they were spurred into action. No longer could more than three black slaves meet. A master could punish his slaves as he saw fit (even for no reason at all), as long as the slave did not lose his or her life or limb. Any slave handling a firearm would receive twenty lashes. Anyone caught gambling would be whipped in public. Involvement in a conspiracy to kill would result in execution, as would a rape. There was even a law that discouraged masters from freeing a slave: The master could free a slave, but only after posting a bond of 200 [pounds]. This money would be paid to the freed slave if that slave couldn't support himself or herself.