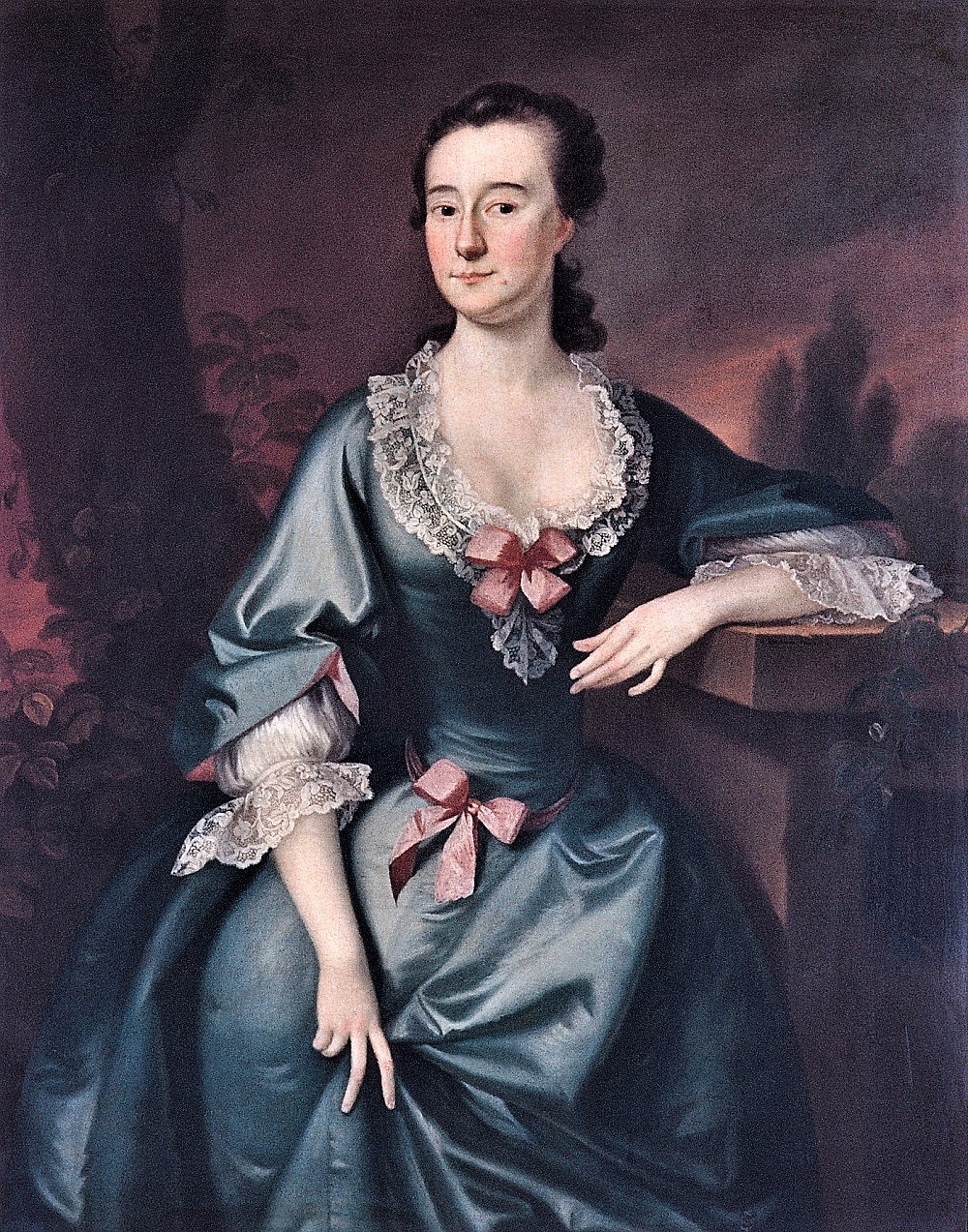 
The Metropolitan Museum of Art tells us that Mrs. Chesebrough, born Margaret Sylvester, was the wife of a wealthy and prominent merchant in Newport, Rhode Island. The couple later lived in Stonington, Connecticut. Blackburn seems to have been trained in England before coming to work on this side of the Atlantic. He apparently spent a couple of years as a portraitist in Bermuda before establishing himself in New England. This likeness, dated 1754, is one of his first American works. A decade later he was back in England, presumably supplanted in American colonial painting by the young and rapidly developing Copley, who was becoming a major figure. The Museum's portrait shows Blackburn's skill in rendering drapery and details of costume, and in making his sitters look fashionable and elegant.
Posted by Barbara Wells Sarudy at 4:00 AM