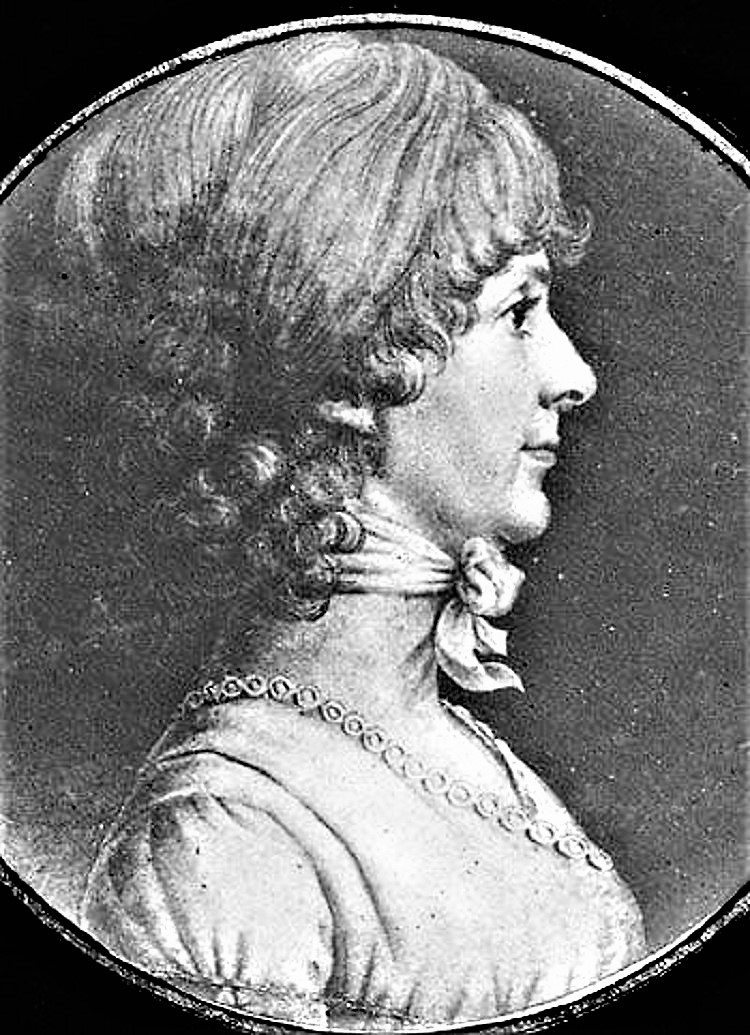 Mary Randolph (1762-1828), early Southern cookbook author, was born in Virginia at either Tuckahoe, her father’s plantation in Goochland County, or Ampthill, that of her mother’s family in Chesterfield County. Both parents were members of the planter aristocracy. Mary’s father, Thomas Mann Randolph (1741-1793), served Virginia in the colonial house or burgess; in the Revolutionary conventions of 1775 & 1776., & later in the state legislature; her mother, Anne (Cary) Randolph, was a daughter of Archibald Cary (1721-1787), planter & statesman. Mary was the oldest of 13 children. Her brother Thomas Mann Randolph (1768-1828) became a Congressman & governor of Virginia & married Martha Jefferson (daughter of kinsman Thomas Jefferson.)

Growing up in this close-knit clan, Molly Randolph, as she was known, was married in December 1780 to a 1st cousin once removed, David Meade Randolph (1760-1830), of Predque Isle, Chesterfield County. Of their 8 children, 4 lived to maturity; Richard (born 1782), William Beverley (1789), David Meade, & Burwell Starke (1800). Her husband, after serving as a captain in the Revolutionary War, was appointed by President Washington United States marshal (a federal court official) for Virginia, making his home in Richmond. There, at the turn of the century, he built Moldavia, a handsome residence on South 5th Street. But his Federalist politics brought his removal from this post by President Jefferson.

To support their growing family the Randolphs sold Moldavia & moved to more modest quarters, where Mrs. Randolph conducted a fashionable boardinghouse. Soon dubbed “the Queen,” she attracted, says a Richmond chronicler, “as many subjects as her dominions could accommodate. . . .There were few more festive boards. . .Wit, humor & good-fellowship prevailed, but excess rarely”

Mary Randolph had been noted for her knowledge of cooking even before her boardinghouse days. From her practical experience as keeper of a large establishment, & perhaps in the hope of further augmenting the family income, she compiled the book of recipes which was published (under her own name) in 1824 in Washington as The Virginia Housewife. As the preface indicated, it was written to meet the need she had encountered, on entering housekeeping, for a book “sufficiently clear & concise to impart knowledge to a Tyro.” The work was well received; a second edition followed in 1825, & it was often republished-in Baltimore in 1831 & 1838, in Philadelphia in 1850. The recipes were practical in details & specific as to weights & measures, much simpler than those in the 18C English cookbooks which had previously supplied the American market. The regional emphasis made the work especially popular in the South. “Every Virginia housewife,” a later writer (Letitia Burwell) recalled of the antebellum period, “knew how to compound all the various dishes in Mrs. Randolph’s cookery book.”

But Mrs. Randolph lived for less than 4 years after the 1st edition of her cookbook. Little is know of her then save that she was living in Washington, D.C., at the time of her death. Possibly the care of an invalid son hastened her end, for the stone on her grave terms her “a victim of maternal love & duty.” By her own wish she was buried at Arlington, the residence of her cousin George Washington Parke Custis, stepson of George Washington & father of Mary Custis (Mrs. Robert E.) Lee.