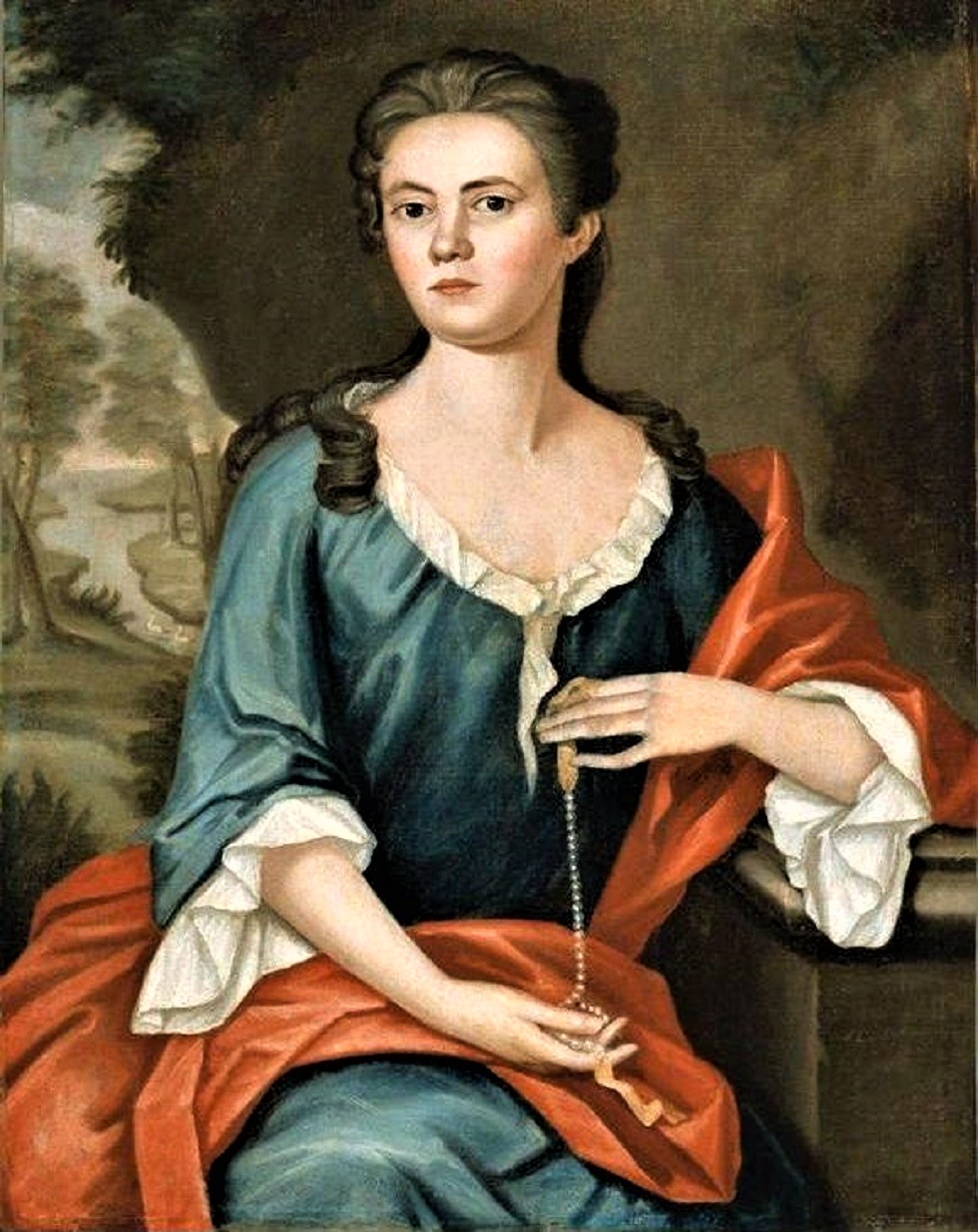 When Bethia Torrey was born on December 30, 1731, in Boston, Massachusetts, her father, William (1701–1769) was 30, and her mother, Bethiah Bass, was 27. The young Bethia married Joseph Mann who was born in 1723 in Boston, Massachusetts. She had eight brothers and four sisters. At the age of 15 Copley painted the portrait of Mrs. Joseph Mann (Bethia Torrey), a Boston baker's daughter. When she married Joseph Mann, he had just been named a Boston constable.  Her portrait pose—holding a sting of pearls—and attire of a scoop-neckline dress with white trim—were directly taken from a mezzotint of Princess Anne the 18th century, young artists were encouraged to learn their craft through the attentive copying of the Old Masters. Despite claims that Copley was not formally trained, he had more advantages as an aspiring artist than most of his colonial British American contemporaries. He spent 3 formative years of his youth from 1748 to 1751 in the home and shop of his stepfather Peter Pelham (1695–1751), who was a London-trained engraver from whom he probably received instruction in drawing, printmaking, and portraiture and whose collection of English portrait prints provided the young Copley with valuable source material.  Copley had the opportunity to work in his stepfather's shop, where he was taught the art of engraving, and met several Boston-based painters, whose studios Copley could visit. Unfortunately, Peter Pelham died in 1751, when Copley was only 13.
Posted by Barbara Wells Sarudy at 4:00 AM