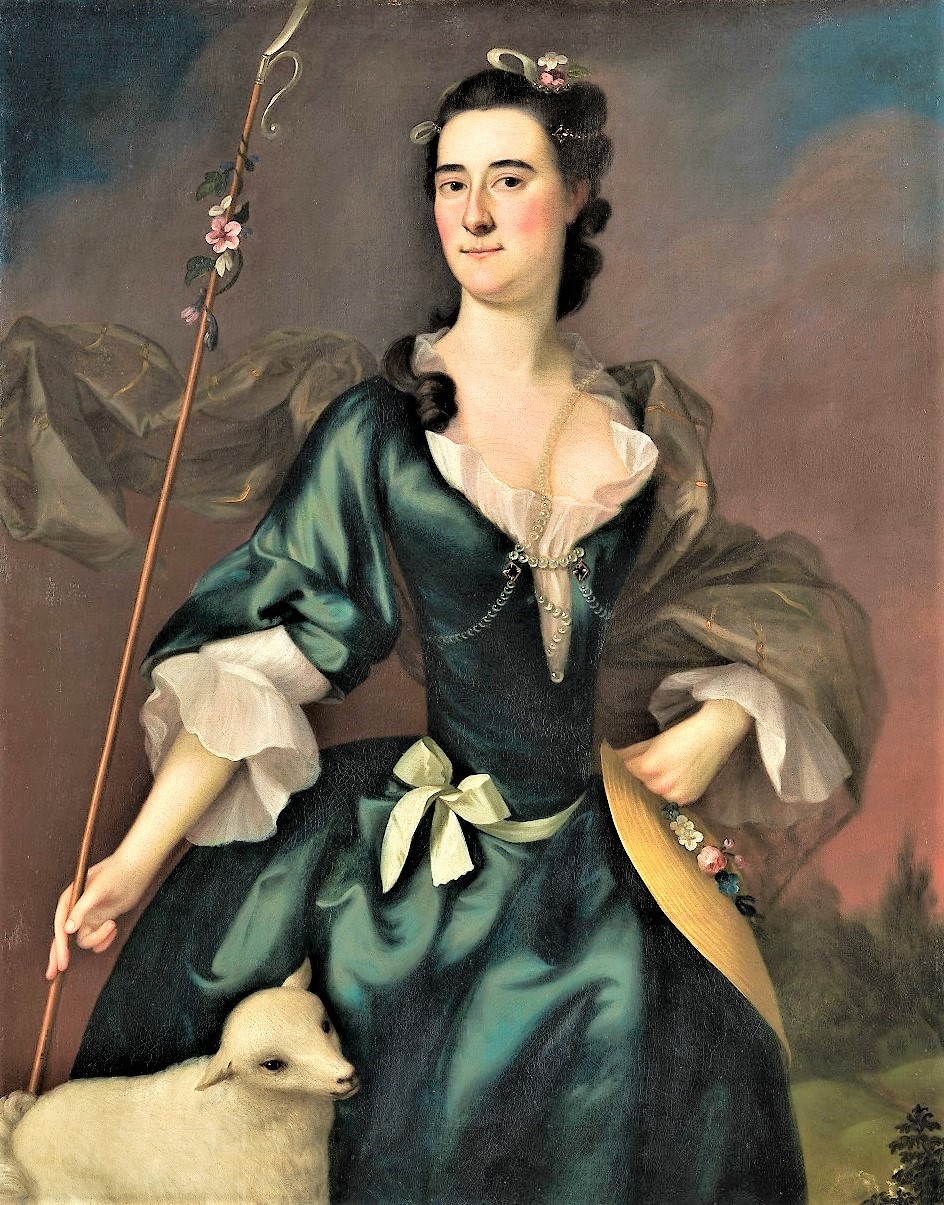 The Metropolitan Museum of Art tells us that Mary Sylvester (1725–1794) was born at Southold, Long Island. She was the daughter of Brinley and Mary Sylvester and the sister of Margaret, later Mrs. David Chesebrough. Her portrait was most likely painted in 1754, the year in which Blackburn painted the portrait of her sister and of Abigail Chesebrough (Stonington Historical Society, Connecticut). In accordance with her unmarried status, Blackburn depicted Mary Sylvester as a shepherdess, the lamb at her side a symbol of purity and innocence. Although an exact source has not yet been identified, it has been assumed that Blackburn derived this allegorical representation from a British mezzotint. In 1756 Mary Sylvester was married in Newport to Thomas Dering, a Boston merchant.
Posted by Barbara Wells Sarudy at 4:00 AM