1773 Portrait of an American Woman 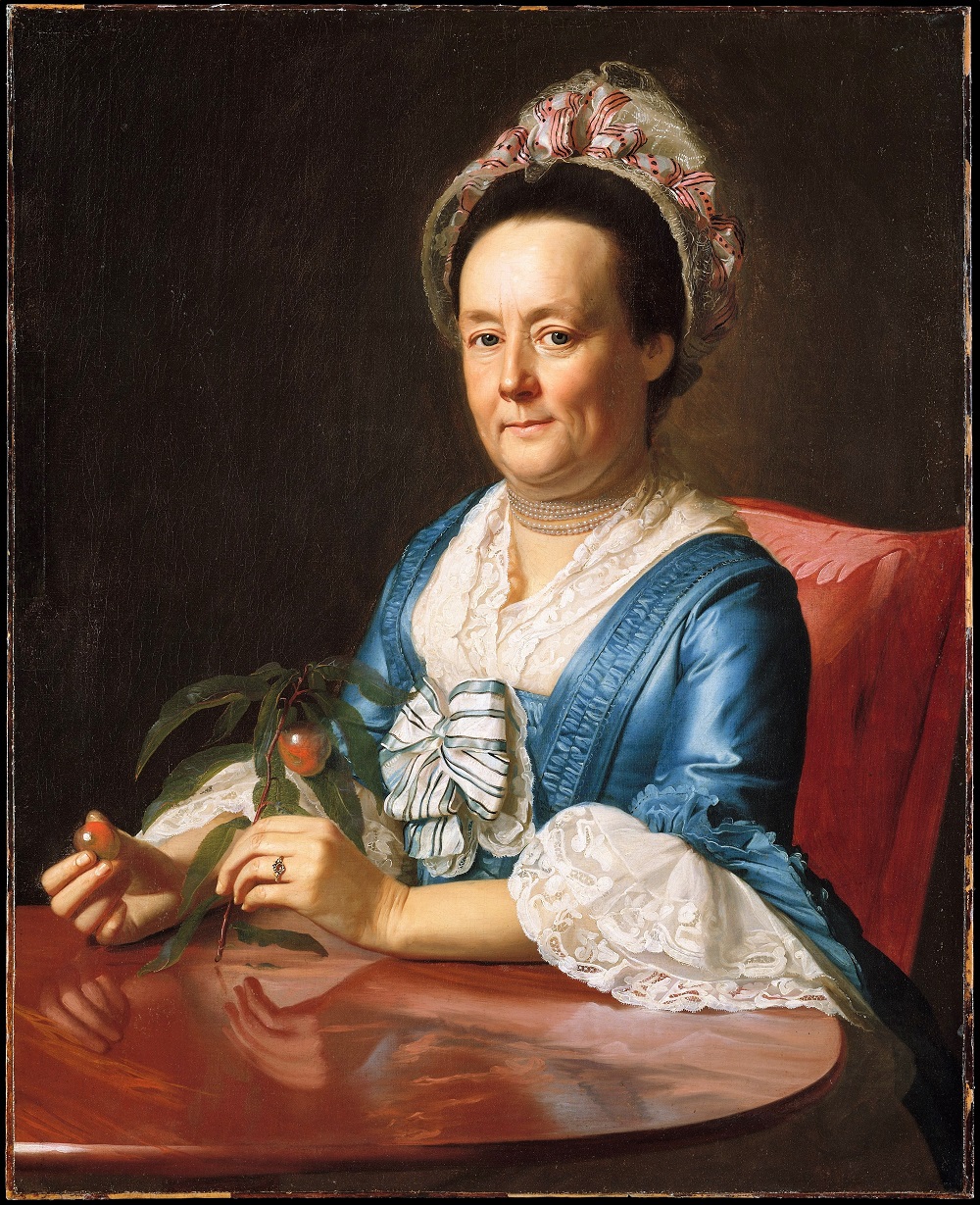 The Metropolitan Museum of Art tells us that Hannah Fayerweather (1727–1790) was the daughter of Thomas and Hannah Waldo Fayerweather. She was baptized at the First Church in Boston in February 12, 1727. She was married twice, in 1745 to Parr Tolman and in 1756 to John Winthrop, a professor of mathematics and natural history at Harvard University and a noted astronomer. Although this portrait has traditionally been dated 1774, a receipt dated June 24, 1773, places its execution in the previous year. The portrait is one of a number in which Copley prominently featured a beautifully reflective tabletop.
Posted by Barbara Wells Sarudy at 4:00 AM