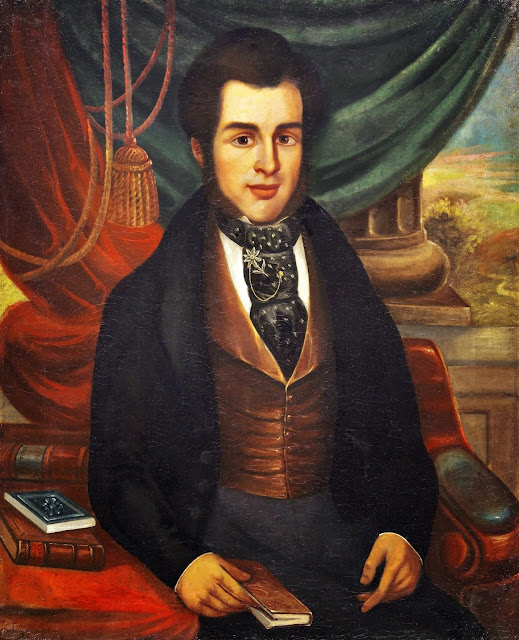 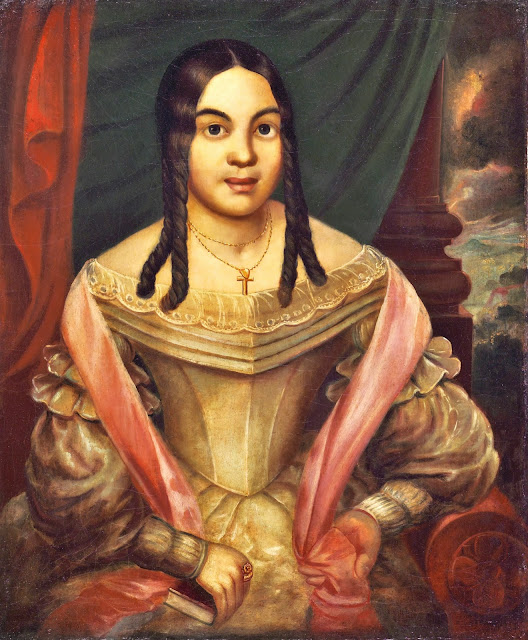 The Philadelphia Museum of Art houses an extremely rare pair of portraits of African American sitters whose heritage can be traced back to the city’s first mayor, Humphrey Morrey (b. c. 1650, England; d. 1716, Philadelphia), appointed to his office by William Penn in 1691. In 1742, Mayor Humphrey Morrey's son Richard (1675-1754) married one of the family’s servants, Cremona Cremona Morrey (1710-1770) who was 35 years younger than he. The union resulted in five children, and in Cremona Morrey receiving 198 acres of land from Richard in 1746, near Guineatown in Cheltenham Township of Montgomery County just northwest of Philadelphia. One of their 5 children, Cremona, married a free black man, John Montier. Hiram Chales Montier descended from this union.

The portraits were painted in 1841 and depict Hiram Charles Montier (1818–1905), who was a bootmaker on N.W. 7th Street at the time of the painting, and his wife Elizabeth Brown Montier (1820–ca. 1858) whom family records indicate had lived in the city’s Northern Liberties neighborhood.  Living in Philadelphia, the Montiers were members of one of the largest free African American communities in the North although Pennsylvania’s gradual emancipation law of 1780 permitted slavery well into the 19th century.

The signature “Fr Street” on the reverse (now concealed by lining) of Elizabeth’s portrait corresponds to an artist named Franklin R. Street who was active in Philadelphia between 1839 and 1872. No other works by the artist are recorded and no contemporary exhibition records for him have been found, though he was listed in city directories and census records; he was likely a professional painter, producing commercial signs and fancy work as well as portraits. The paintings nevertheless adopt the conventions of high-style portraiture, including the elegant attire, grand architecture, and dramatic landscapes that characterize the works of Philadelphia masters such as Gilbert Stuart and Thomas Sully. At the time of these paintings, Franklin Street’s studio was located at 41 Chestnut Street.
Posted by Barbara Wells Sarudy at 4:00 AM