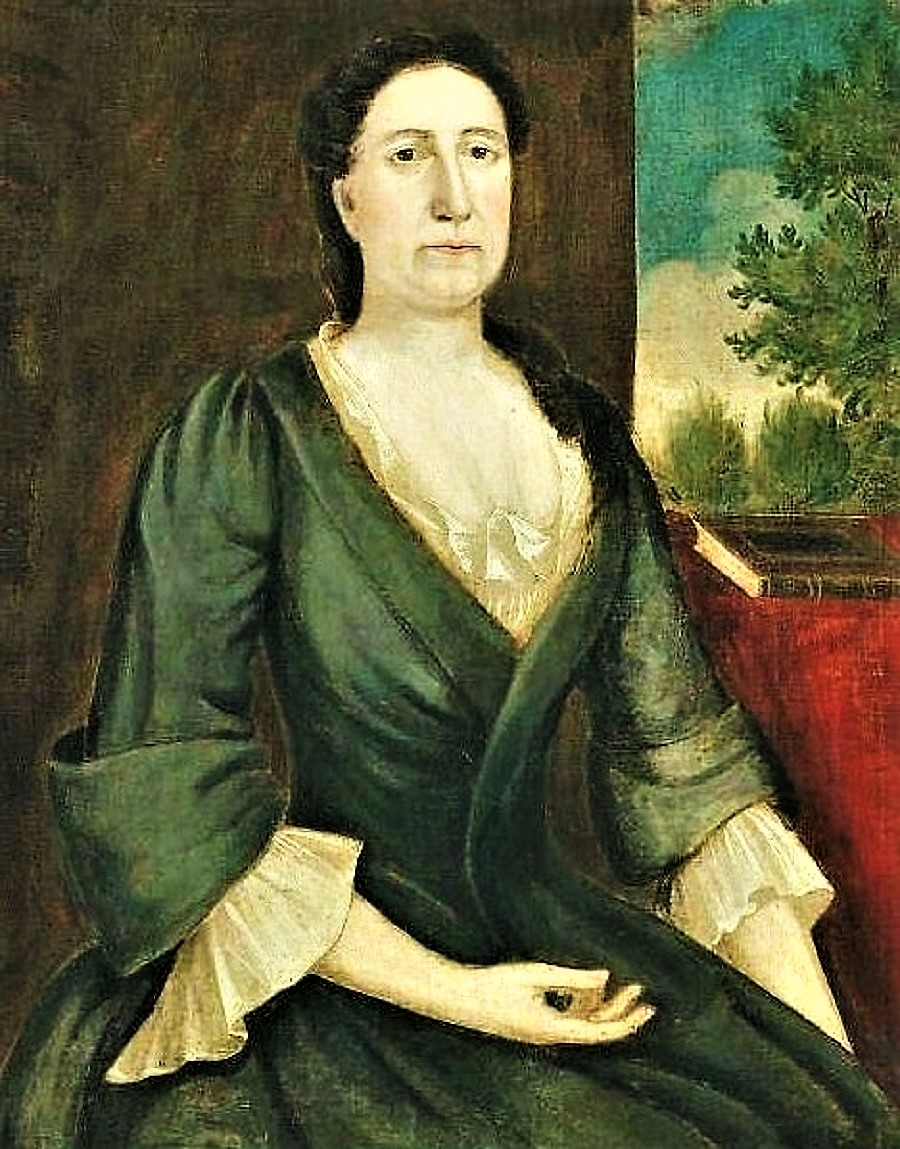 
Mrs. William Foye (1695-1782) was Elizabeth, daughter of John & Elizabeth Campbell who was born in Boston 6 February, 1695. She married in Boston, 5 April, 1716, William Foye (1681-1759) of Boston & Milton, Massachusetts, who, from 1736 to 1753, was treasurer of the Province of Massachusetts Bay. She died early in 1782. Her portrait shows her as a rather severe looking matron, seated & turned slightly toward her left, with her right hand, palm upward, resting on her lap, & her left arm hanging at her side, with the hand concealed by her skirt. She wears a dark greenish-brown gown with a low neck trimmed with white muslin ruffles & elbow sleeves with cuffs & white ruffles. Her dark brown eyes gaze at the spectator & her dark brown hair is parted. A single curl appears over her left shoulder. In the background, is shown a landscape of dark green trees with blue sky & large white clouds. At her left is a table covered with a dark red cloth upon which lies a small leather-covered book.
Posted by Barbara Wells Sarudy at 4:00 AM