1750 Portrait of an American Woman & Theocracy 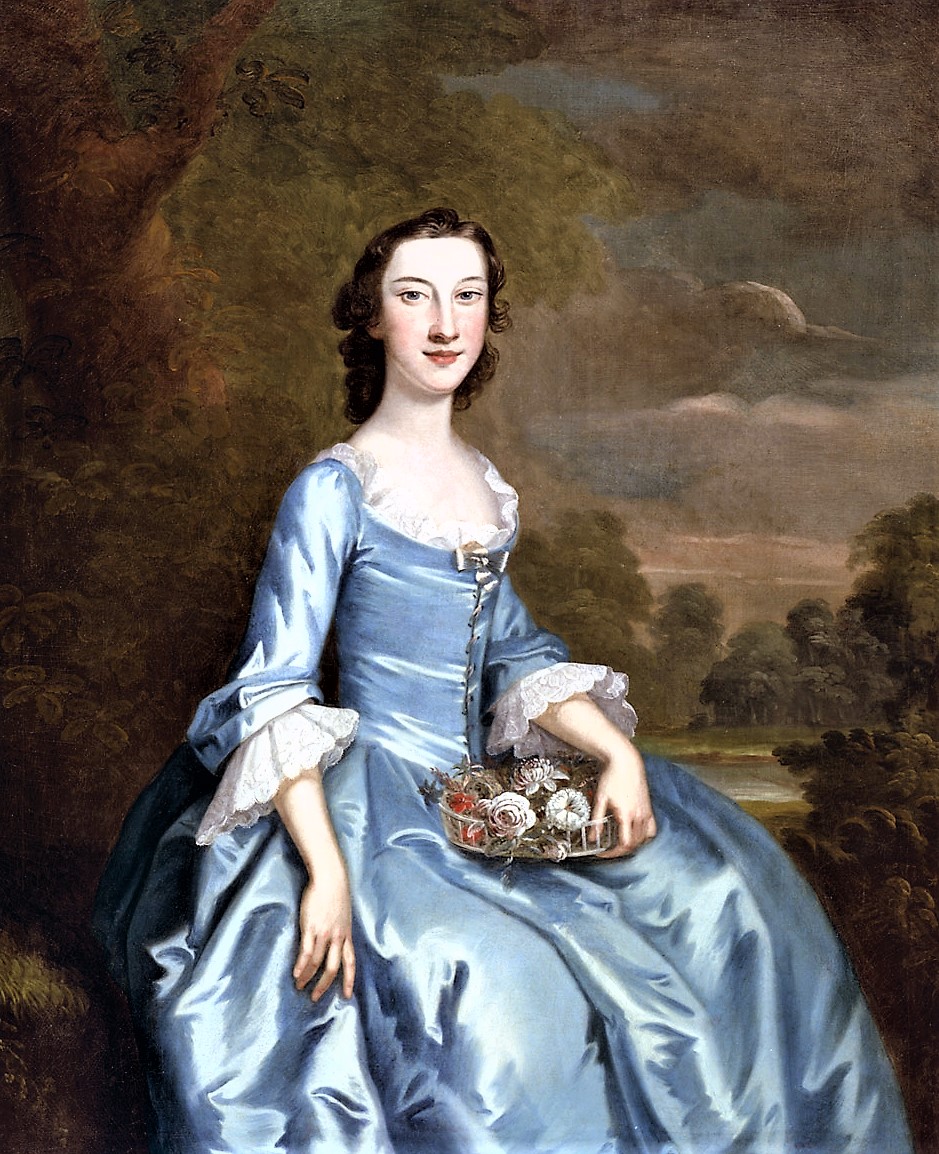 
Experience Johnson of New Jersey, married New York merchant Samuel Gouverneur, son of Isaac, in 1748.  Her grandfather the Rev Joseph Johnson of the Old First Presbyterian Church in Newark had been one of the founders of Newark, New Jersey. The original settlers in Newark, from Branford & Milford Connecticut, came to Newark, because they opposed the absorption of their communities by the Colony of Connecticut. Newark was founded in 1667 with its laws based on the Scripture & with full citizenship granted to only church members.  The church was Newark's 1st public building. For the first 40 years all affairs of the town were held in the church. This organization was said to be the last attempt in colonial America to establish a theocracy.

The term theocracy often was applied to the governments established in 17C Massachusetts Bay & New Haven colonies. These colonies were not theocracies in the traditional sense, because clergy did not establish or run their political systems. In both colonies, there was a clear separation of church & state. In Massachusetts, for instance, clergy were forbidden to hold public office, & both colonies maintained separate systems of political & religious leadership. But it was also true that these political & religious systems were mutually reinforcing, & that early leaders hoped that every institution of their societies—the family, the church, & the magistracy—would function in concert to maintain a pious society based on Calvinist theology & Christian religious practice.

Colonial leaders deliberately intended to create a society in which the fundamental law would be the revealed Word of God, & God would be regarded as the supreme legislator. Thus, John Winthrop announced before the settlement, "For the worke wee haue in hand, it is by a mutuall consent …to seeke out a place of Cohabitation & Consorteshipp under a due forme of Government both ciuill & ecclesiastical;" the "due forme" was that enacted in the Bible. John Cotton later argued that the New England colonies, having a clear field before them, were duty bound to erect a "Theocracy … as the best forme of government in the commonwealth, as well as in the Church." Consequently, the political theory assumed that the colonies were based on the Bible & that all specific laws would show biblical warrant.

The governments of these two colonies were founded on the theory that God had ordained all society as a check on depraved human impulses &, therefore, that all politics should ideally fulfill God's will. Hence, Winthrop explained in 1645, that after people entered a body politic, they gained the freedom to do only that "which is good, just & honest"—in other words, that which God demands. The purpose of the state was to enforce God's will, & to ensure that every member of society would observe God's laws.