1772 Portrait of an American Woman 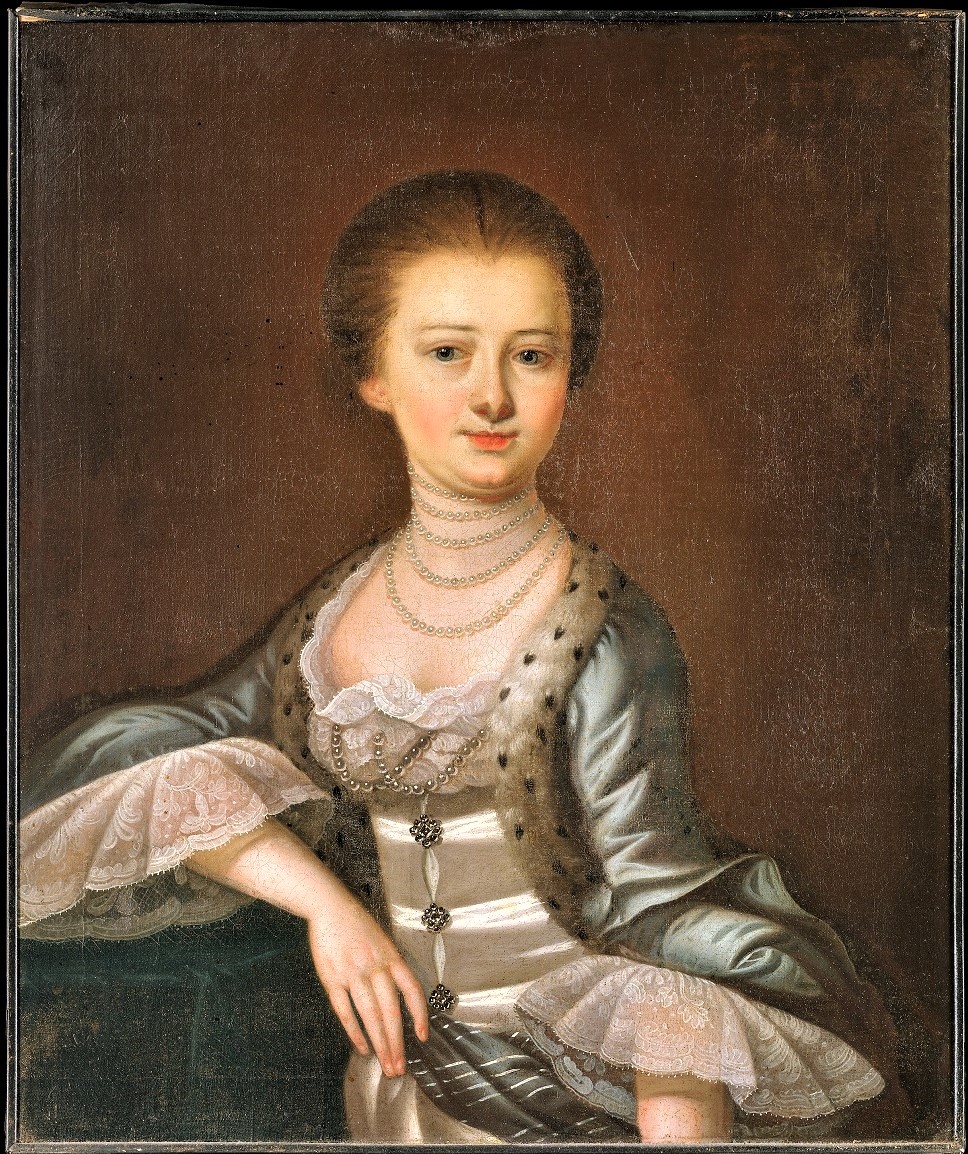 Mrs. John Dart, Henrietta Isabella Sommers (1750–1783).  1772 Jeremiah Theus (American, Chur, 1716–1774 Charleston, South Carolina)  The Metropolitan Museum of Art tells us that Henrietta Isabella Sommers (1750–1783) was the daughter of Humphrey Sommers, a successful building contractor in Charleston, South Carolina. She was married to John Dart. The costume in this portrait was probably based on a print, since it is unlikely that Mrs. Dart possessed an ermine-trimmed robe. Theus probably painted her face from life and the clothing in his studio, with a mezzotint before him.  The actual clothing worn by 18C British American women, until the end of the American Revolution, was characterized by great diversity, as one would expect in a society ranging from royal governors & wealthy landowners to indentured servants & slaves. During the period in Britain & her colonies, a woman's dress usually consisted of a gown & petticoat. The gown consisted of the bodice & skirt joined together, with the skirt open in the front to reveal the separate petticoat, which was an essential part of the dress & not an undergarment. The textiles used for the dress ranged from elegant to simple depending on the tasks of the wearer.
Posted by Barbara Wells Sarudy at 4:00 AM